The mandate of the Committee on Missing Persons in Cyprus (CMP), an institution made up of Greek and Turkish Cypriot scientists and investigators, is to locate, identify and return to their families the remains of Cypriots who went missing during the inter-ethnic violence and Turkish invasion of the 1960s and 1970s. This, the CMP all too frequently claims, will “favour the overall process of reconciliation between both communities” and “[pave] the way for a comprehensive settlement” of the Cyprus problem.

To date, the CMP has identified 701 of the 1510 Greek Cypriot and 275 of the 492 Turkish Cypriot missing, which led the former UN Secretary-General Ban Ki-moon to describe it as “a model of successful cooperation between the Greek Cypriot and the Turkish Cypriot communities”. Yet, despite a promising veneer, the CMP has not in fact promoted, to any meaningful extent, reconciliation on the island: most tellingly, the negotiations for a comprehensive settlement are, yet again, frozen with no prospect of restarting in the near future. This failure of the CMP is arguably due to the delays in its operations, the type of truth it delivers and its inability, or unwillingness, to take any additional action beyond delivering this truth.

This analysis of the CMP’s failure is based on 20 interviews with first degree relatives of Greek Cypriot missing persons, whose remains have already been returned. The interviews form part of a research project funded by the International Peace Research Association Foundation.

The first reason the CMP has failed in its objective to promote reconciliation is the massive delays that have characterised its proceedings. Disappearances in Cyprus took place in two waves: during the inter-communal strife of 1963-64 with most of the victims being Turkish Cypriot, and during the Turkish invasion in 1974, when the majority of those who went missing were Greek Cypriot. (Since 1974, the northern part of Cyprus is occupied by Turkey, an occupation that is viewed as illegal under international law.) The CMP was established in 1981, but squabbles between its members meant that it only became operational in 2006. Thus, to date, family members have been waiting for the truth about what happened to their relatives for a period ranging between 30 to 60 years after these persons’ disappearances. Compounding the detrimental effects of the delays on the relatives is the fact that there is essentially no communication between the CMP and the families until the latter receive the news that their relative has been located. This abandons families in a limbo of uncertainty for decades, which creates feelings of disempowerment, bitterness and mistrust towards the bicommunal effort.

The second limitation of the CMP relates to the type of truth it delivers and the fact that it is different to the truth that some of the relatives have been expecting. Under the Committee’s terms of reference, it “will not attempt to attribute responsibility for the deaths of any missing persons or make findings as to the cause of such deaths.” As a result, the CMP protects the families’ right to truth in a very limited way: it delivers a forensic truth, confirming the death of a loved one, and a box of bones, but nothing beyond that. In a survey conducted by the CMP in 2019 the relatives identified the “need to know” what happened to their family member as their most central demand, with the Committee readily assuming that the forensic truth it delivers satisfies this demand. However, some interviewees have defined the ‘truth’ they seek in much more expansive terms than simply being told whether their relative is dead or alive and are instead interested in finding out why the crime took place.

Lack of transparency and disclosure

The lack of answers to these questions, for so many years, encouraged many to take investigations in their own hands. Almost all of the relatives who were interviewed as part of the research project talked about the early years after the disappearance, when they tried collecting information on their own. These investigations led to the same false stories: that their relative was hiding somewhere in the areas not under the control of the Republic or that he was held prisoner in Turkey. When these leads were disproven, disappointment and mistrust followed.

The third explanation for why the CMP has not delivered the promised levels of reconciliation relates to its underlying assumption that the truth it provides automatically translates into improved inter-ethnic relations, even in the absence of additional reconciliation-promoting measures. For instance, in addition to not producing a report of how the missing person came to be killed, the Committee does not mention where the information that led to the discovery of the remains came from. One interviewee’s story is telling in this regard: the Committee had dug in a particular location, but did not find the nine missing persons it was looking for. When the crew was packing up to leave, a Turkish Cypriot woman approached and told them that the bodies were buried under a tree a few meters away. She had witnessed the killing of the nine persons, 32 years prior, and planted the tree in order to remember the bodies’ location. The relative only became aware of this story because of his close personal connections with CMP staff. Such information is never formally shared with the families, despite the fact that knowing about assistance provided by members of the other community for the location of one’s relative’s remains, could arguably have a positive impact on efforts to promote reconciliation. Thus, addressing this knowledge gap by being more transparent about the Committee’s operations would be one way of improving inter-ethnic relations.

Moreover, the CMP does not undertake other reconciliation-promoting activities, such as publishing conclusions from its findings that would help in this regard. For instance, many interviewees told me how their villages were attacked because of atrocities that had taken place against Turkish Cypriot women and children, by Greek Cypriots, a few days earlier. They have a nuanced understanding of why these crimes took place and what can be done to avoid them in the future, yet these conclusions are not widely shared among the Greek Cypriot public and have never been articulated by the CMP itself. Finally, the Committee does not commemorate the missing – now officially deceased – in any way other than the funeral it pays for. As a result, other institutions have undertaken this task by naming streets after missing persons or building monuments in their honour.

However, such initiatives have so far honoured either Greek or Turkish Cypriots, but never both, thus creating a sense among each community that its members were the exclusive victims, with only the ‘others’ perpetrating crimes. It is the Committee, as a bicommunal body, that should have organised commemorations that counter this narrative. To this day, it has failed to do so. Part of the reason for this is its restrictive terms of reference. However, over the years, the CMP has adopted initiatives that are strictly speaking outside its mandate (such as pay for the funeral costs of those it identifies) without any problems. This suggests that it is a lack of political willingness that explains much of the Committee’s inaction, rather than institutional restrictions.

Transforming into a Truth and Reconciliation Commission?

The CMP is by no means a failure – the identification and return of remains it has made possible, have provided closure to hundreds of relatives of missing persons. But if it is being assessed as a reconciliation-promoting tool, its decisions and actions (or lack thereof) leave much to be desired. In particular, considerations such as how and when it is delivering the truth, as well as the type of truth it delivers, can have important implications on the extent to which it can promote better relations between the two communities.

Whether these lessons will shape the Committee’s operations remains an open question. When asked, some interviewees insisted that it might already be too late for meaningful change, while others envisioned the CMP’s transformation into a Truth and Reconciliation Commission. The implementation of such a step, however, is likely to result in another vicious cycle of inaction and further delays, as it will require the renegotiation of the CMP’s terms of reference. This is a politically difficult exercise, precisely because the two communities have not been reconcilied to a greater extent over the years. 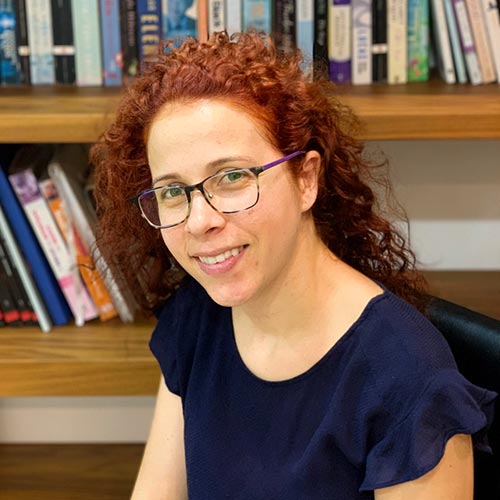 Dr Nasia Hadjigeorgiou is an Assistant Professor at the Cyprus campus of the University of Central Lancashire and holds degrees from University College London (LLB), the University of Cambridge (LLM) and King’s College London (PhD). Her research focuses on the protection of human rights in post-violence societies and a list of her publications and research interests can be found here. A more detailed discussion of the CMP and other peacebuilding initiatives in Cyprus, Bosnia and Herzegovina, Northern Ireland and South Africa, are found in Nasia Hadjigeorgiou, Protecting Human Rights and Building Peace in Post-Violence Societies (Hart Publishing, 2020). More information about the book, including free sample chapters, is found here.