Currently, a bill granting house arrest to all convicted persons aged over 65 is being considered in the Uruguayan Senate. It was introduced by three senators from the far-right Cabildo Abierto party, a member of the governing coalition. This party has a large military membership and is chaired by a former commander-in-chief of the army, General Guido Manini Ríos, who defends the former civic-military dictatorship. It has never condemned its crimes against humanity.

If passed, this law would immediately benefit the 26 former military and civilians in prison either convicted or accused of crimes against humanity and whose situation is cleverly targeted by the terms of the bill. The other 14 convicted of such crimes in Uruguay are already under house arrest. This law would also immediately benefit the dozens of former torturers and murderers whose trials, long stalled or greatly slowed by the transitional legislation, are still, almost 50 years after the events, at the stage of preliminary investigations: they would be assured of almost total and definitive impunity. This would also be the case for all those -- the majority -- who have managed to escape justice completely.

However, the crimes committed are numerous and extremely serious. In Uruguay, a small country of three million inhabitants, the ferocious repression of political and trade union movements during the dark years (1968-1985) resulted in nearly 7,000 political prisoners, all of them violently and methodically tortured. There were 197 disappeared prisoners and more than 200 political assassinations. Thirteen children were victims of forced disappearance. 380,000 Uruguayans were forced into exile during this period.

Following the coup d'état of June 27, 1973, the military left in place the elected president Juan María Bordaberry, who was already ruling by decree as was his predecessor from 1968. As in the other dictatorships associated with the Condor Plan at the time (Argentina, Bolivia, Brazil, Chile, Paraguay and Uruguay), ultra-repression on grounds of "national security" was imposed in all areas: education, culture and information were severely controlled, and trade union and political activities were prohibited. Arbitrary arrests, difficult to count, were widespread. Terror was a mode of government.

The military had to leave power in March 1985, following a plebiscite they lost in 1980. Their departure was very carefully negotiated with the parties, to ensure, in exchange for the amnesty of political prisoners, the impunity of state criminals.

A law prohibiting the prosecution of military and police officers for crimes committed in the exercise of their duties during the period in question was passed in December 1986. Its repeal, submitted to referendum in 1989 and again in 2009, did not go through.  The terror had left lasting scars. This impunity law blocked any possibility of investigation and prosecution of the crimes of the dictatorship for more than 20 years.

As of 1996, huge Marches of Silence have been held in Montevideo every May 20, the anniversary of the 1976 assassination of parliamentarians Zelmar Michelini and Héctor Gutiérrez Ruiz. The marchers reflect the demand of the whole Uruguayan society -- "Where are they?" -- and has not stopped since.

Thanks to the tenacity of the victims’ families who have always demanded truth and justice, of human rights defenders and a few courageous lawyers and magistrates, the first investigations began, with difficulty, in the early 2000s. This was followed by the indictment for political assassinations and forced disappearances of some of the dictatorship's high dignitaries, including the dictators Bordaberry and Gregorio Alvarez and minister of foreign affairs Juan Carlos Blanco.

In October 2011, five years after the left came to power in Uruguay, an "Interpretative Law” on the 1986 impunity law was passed. It excludes from the original law crimes against humanity, which have no statute of limitations. This new law made investigations and indictments possible, but for the past ten years, defence lawyers have made numerous appeals to slow down the procedures, and only a small proportion have been successful. Witnesses, like perpetrators and victims, are aging or dying, evidence is fading and those who know refuse to talk. Only about 30 perpetrators, none of whom have shown the slightest remorse for their acts, have received a final sentence.

Set up in 2018, the specialized Prosecutor's Office for Crimes against Humanity has, however, increased judicial efficiency by centralizing cases of the same nature. Many dilatory appeals have also reached their limits, and in 2020 a record number of prosecutions - 13 - were initiated. The extradition from Spain of former colonel Eduardo Ferro, who had been a fugitive for several years in Europe, was obtained. The Supreme Court of Rome confirmed the life sentence of another repressor, Jorge Troccoli, resident in Italy, along with those of 13 other Uruguayans tried in absentia.

But the supporters of impunity and those nostalgic for the dictatorship have not given up, as this bill shows. Their arguments -- the pandemic and prison overcrowding – do not hold water. The prisoners for crimes against humanity are held in very good conditions in a special prison, Domingo Arenas. Their number is negligible compared to the Uruguayan prison population of 14,000. As for humanitarian and health reasons, the law already authorizes detention in a health care facility or house arrest for health reasons, and many of these criminals have already benefited or are still benefiting from this.

The aim of this initiative is to mitigate the penal sanction imposed on the already very small percentage of perpetrators who have been convicted in Uruguay, to grossly deny the extreme seriousness of the atrocities committed, and diminish the importance of prison sentences related to the convictions, which is an indispensable guarantee for the non-repetition of these crimes.

The long impunity for these crimes, about which the Uruguayan state has been warned on several occasions by the Inter-American Court of Human Rights (IACHR), would be further reinforced. Five special rapporteurs of the Office of the United Nations High Commissioner for Human Rights have just written to the Uruguayan authorities reminding them that, if this law were adopted, it would be contrary to international law and to various human rights treaties, including the International Convention for the Protection of All Persons from Enforced Disappearance, which Uruguay has signed and ratified.

Uruguayan president Luis Alberto Lacalle Pou and several prominent members of the current majority, in which determined supporters of impunity for the crimes of the dictatorship occupy a strategic position, have taken a public position in favour of this bill, which they want to have approved before the end of 2021.

Our association ¿Dónde Están? (Where are they?) denounces this project and join with all the groups in Uruguay that oppose impunity for the crimes of the dictatorship and have been working hard for decades for truth and justice. 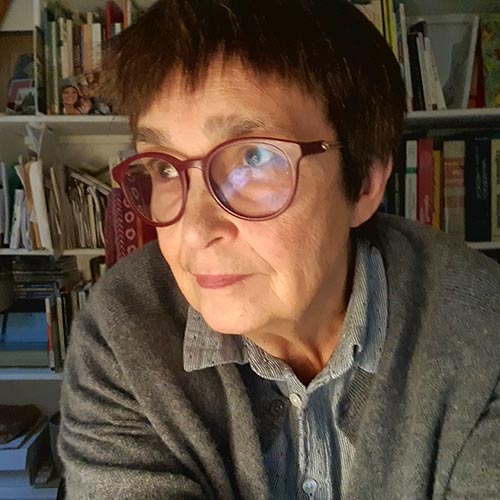 Former teacher Elena Salgueiro was born in Uruguay and has lived in France since 1971. She was a member, from 1972, of the Committee for the Defence of Political Prisoners in Uruguay, which operated in Paris until the end of the dictatorship in 1985. Since 2018, she has been president of the association ¿Dónde Están? (Where are they?) created in 1997, which works in France for the disappeared and against impunity in Uruguay.