About 15 km northwest of Butembo, in Butuhe region, you reach a crossroads that leads to Mwenye and Muhila. From Butembo, it takes about 30 minutes by motorbike, on a dirt road, to reach this place where the village of Kikere used to be. In the past, Kikere was home to local people employed at the Butuhe Tea Complex, the pride of the region. But Kikere no longer exists. The huts have given way to fields of eucalyptus and banana trees that grow in deathly silence. There is no one to tell us about the terrible day of November 9, 2000, when Kikere lost dozens of its inhabitants, killed by Ugandan soldiers sent to this region of North Kivu, in the far east of the Democratic Republic of Congo (DRC).

"Today, the village of Kikere remains only in name. It has completely disappeared. Its inhabitants, traumatized by the killings committed by the Ugandan army, decided to leave one by one. Twenty years later, there are no houses, only fields," laments Tsongo Leon, who used to pass through the village as a young man.

According to a UN report documenting more than 650 of the most serious crimes committed in the DRC between 1993 and 2003, the Ugandan army (UPDF) killed 36 people indiscriminately on the day of the attack on Kikere. "The soldiers fired indiscriminately at civilians with rifles and rocket launchers. Some civilians were burned to death in their homes. The military also systematically killed domestic animals and destroyed civilians' property," notes the Mapping Report from the Office of the High Commissioner for Human Rights, which has never been followed up.

Tsongo Leon now heads the Graben Free Researchers Group (GCLG), a local association that investigates abuses and human rights violations. He recalls that the Kikere massacre was only one of many crimes committed by the Ugandan army during those five years. "Here where I live [in Butembo], when the Mai-Mai militiamen came to attack the residence of Icoder, a UPDF commander, the Ugandan military came and killed innocent civilians. After the attack, we went to the site and saw more than 30 bodies of civilians killed by the Ugandan soldiers," he said.

Richard Ndekeninge, a researcher at the law faculty of the Graben Catholic University (UCG), decided to create the Colibri association in Butembo to document Ugandan crimes in the DRC so as to seek justice and reparation. The association lists serious crimes committed by Ugandan forces in Butembo, Kyavinyonge, Kikere, Maboya Loya and Beni-ville in North Kivu, as well as in Bunia (Ituri) and Kisangani (Tshopo). Ndekeninge says the DRC referred to these cases when arguing before the International Court of Justice (ICJ), the highest UN court that adjudicates disputes between States.  "They illustrate a painful memory of the Ugandan presence that we experienced during our youth," he continues. "Uganda behaved like an occupier coming to plunder and humiliate the Congo, committing killings, rapes, forced disappearances. I remember when we used to go looking for firewood in Kasesa, we were absolutely traumatized when we had to cross their camp in Rughenda -- it was total fear. They used to lock people in houses and set them on fire, they would shoot civilians."

In 1997, a political-military coalition brought Laurent-Désiré Kabila to power after a lightning advance from eastern DRC to the capital Kinshasa. Then Kabila fell out with his Ugandan and Rwandan allies and the war resumed. Since then, violence against the civilian population by multiple armed militias and forces or allies of neighbouring countries in eastern DRC has never ceased. As early as 1999, the DRC filed a case against Uganda before the ICJ to obtain compensation. It asked for $11 billion. On February 9, the Court ruled that Kampala should pay $325 million for its crimes in the Congo.

Uganda's interventions in the DRC over the past 20 years have been complex. The aggressor of 1998-2003 has also come to the DRC’s rescue on more than one occasion to help it fight new enemies.  Threatened by the Ugandan rebellion of the Lord's Resistance Army (LRA) in its north-eastern Dungu region, the DRC sought the support of the Ugandan army, which forced the LRA to retreat to the neighbouring Central African Republic. In the eyes of the people of Dungu, the Ugandan army is a saviour.

At Kinshasa's request, the Ugandan army still carries out strikes on Congolese soil against the Allied Democratic Forces (ADF) rebellion, which has been accused of committing atrocities against civilians since 2014. Last November, Ugandan troops were deployed to Beni, where they had committed crimes two decades earlier.

Lawyer Achille Kapanga, who was mayor of Beni during the Ugandan occupation, admits that the recent intervention by DRC’s powerful neighbour is different from before, but is still suspicious. "In the early 2000s, it was an occupation of Congo by Uganda. Today, the operation has been authorized by the Congo. But with this ruling just days after the Ugandan and Congolese armies joined forces, I think Uganda wanted to redeem itself, make friends with the Congolese and lower the tension, with a view to swaying the judges' decision."

Dismas Kitenge, honorary vice-president of the International Federation for Human Rights (FIDH) and president of Groupe Lotus, which supports the victims of the six-day war in Kisangani - clashes in June 2000 that left about 1,000 civilians dead and 3,000 wounded - also regrets that his country called for Ugandan intervention. "This cooperation [between the Congolese and Ugandan armies] is disappointing. Uganda should not come, because we have a dispute with it that is being judged. It is a sign of the DRC weakening and could indicate to the judges, who are men like us, that there’s no point our demanding high reparations when the two countries are in agreement and pooling their efforts to control the armed groups. This ruling in the context of joint operations therefore brings discredit," he said.

"Of course, there is no indication that this DRC-Uganda collaboration against the ADF will affect the payment of reparations," says Richard Ndekeninge. "But we also doubt that, in this context, the DRC will be able to put pressure on Uganda, which is investing in fighting the ADF that is killing Congolese. It will be up to parliamentarians and us human rights defenders to insist that Uganda pay reparations to the DRC within a reasonable timeframe.

While Ndekeninge fears that the DRC will fail to recover the money set by the ICJ, Kitenge says he is disappointed by the amount. "It is a disappointment for the victims who have waited a long time for reparations and hoped that the DRC would receive damages proportionate to the damage caused by the Ugandan army. The amount awarded is extremely small. 325 million does not even represent a mining operation of the kind Uganda operated for five years in the DRC. It’s also a disappointment with regard to the Congolese state. It has had 20 years to prepare its arguments to convince the international court, but it seems the DRC has not produced a consistent case. The Congo does not lack experts, but it has not taken this case seriously, even though missions have taken place to the sites of the crimes. And a third disappointment: there are $60 million for economic damage, $40 million for ecological damage and $225 million for human losses; the Court's expert was not even able to establish the number of people killed by the Ugandan army and its assessment does not correspond to the realities on the ground. I think there should be at least a billion dollars for the loss of human life. For the ecological damage, the destruction of the flora and fauna, I estimated that as a symbolic measure, it should also be one billion dollars. If you take the exploitation of natural resources - gold, diamonds, all the minerals and timber that Uganda sold on the international market - it was no less than three billion. So we could take half of what Congo asked for and reduce it to $5 billion. At least that would be understandable, rather than reducing it to $325 million. It is an affront to the Congolese victims, it is an affront to the Congo, which has not been able to get its claims properly heard. Civil society is weakened by this verdict.

After 20 years of proceedings at the court in The Hague, the violence and crimes continue in eastern Congo. And Ugandan soldiers are back. "We are told that it is not the same context. They say it's not the same men, although it's the same army. They are already here, I hope they will not behave the same way again," sighs Richard Ndekeninge.

Recommended reading
Transitional Justice in the DRC: How the UN has put it in a drawer
Share
Republish

Copy this HTML into your CMS
Press Ctrl-C to copy
Democratic Republic of Congo : Related articles
Belgian colonial past: Commission fails on apology to victims
David Van Reybrouck: "The fight for decolonization can’t be detached from the fight against global warming"
Most read
Did Christopher Columbus commit genocide?
Everything you need to know or argue about a special tribunal on Russia’s crime of aggression
Reparations - Related articles
In Timbuktu, ICC reparations bring mixed feelings
What will Congo do with the millions paid by Uganda in reparation? 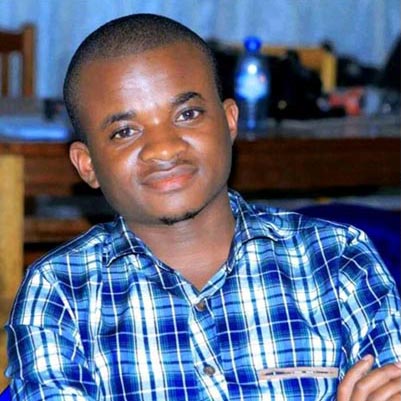 Claude Sengenya
All reports from this author
Claude Muhindo Sengenya is Justice Info’s correspondent in the DRC. He is a trained professional journalist interested in humanitarian, security and transitional justice issues in the African Great Lakes region. He is a researcher and journalism teacher at the Université de l'Assomption au Congo (UAC), run by the Augustinians of the Assumption. He also works for other online media, including The New Humanitarian (ex-IRIN) and Actualité.cd. His articles cover the dynamics of conflict, peace initiatives, justice and reconciliation, to help rebuild post-conflict societies like the DRC.