The small Ukrainian commuter town of Bucha, on the outskirts of the capital Kyiv, has become a symbol of the violence and horrors caused by Russian soldiers against Ukrainian civilians. The pictures of numerous bodies lying in a quiet residential street after the Russian withdrawal, forced the world to take the allegations of war crimes to a new level of seriousness.

As the first of a two-part series, we go back to the moment when it all started with Danny Kemp, AFP Bureau Chief in the Hague, and part of the first convoy to find the bodies. Danny was behind that first news alert that hit the wire on April 2nd, “At least 20 bodies seen in one street in town near Kyiv: AFP”. He also later wrote a piece about Bucha and the experience he shared with the team including the photographer and the videographer.

He walks us through his time reporting in Ukraine, the days leading to their first trip to Bucha, the journalistic practices that guided his work, and the danger of disinformation campaigns. As Bucha could end up at the International Criminal Court in the future, we also look at the role that journalists can or cannot play in trials.

Danny reference’s other Busch stories by AFP and Reuters which you can read here and here.

The content of the episode might be distressing to some. As we mention, here is a resource on how to deal with secondary trauma. 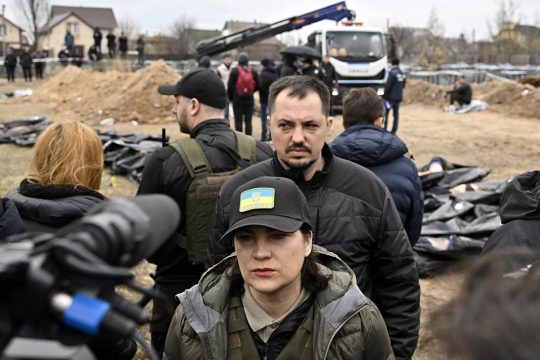 War crimes in Ukraine: Bucha’s hell, through the eyes of a musician

Ukraine: why the ‘show trial’ of British POWs violates Geneva Conventions
Most read