Throughout nearly 20 years of the International Criminal Tribunal for Rwanda (ICTR), which officially closed on Tuesday, its work has been covered by a small but important project of Fondation Hirondelle, the Hirondelle News Agency in Arusha, Tanzania. Based at the ICTR's headquarters, it provided daily news and analysis in four languages (French, English, Swahili and the Rwandan language Kinyarwanda). Hirondelle News Agency is the only media outlet to have done so on a regular basis.

Hirondelle News Agency's archives provide an important independent record of the ICTR’s work. The Agency’s site can still be consulted, and its archives will be available from mid-December 2015 on JusticeInfo.net, including a search tool.

"Fondation Hirondelle is doing remarkable work," said Carla Del Ponte, Prosecutor at the ICTR from 1999 to 2003. "Its managers and journalists have demonstrated a high level of professionalism, independence and integrity".

Given that the subject was highly sensitive in a regional context still marked by the 1994 genocide in Rwanda, the challenge was to provide information on the ICTR’s activities in the most neutral way possible. It was a big, new challenge on the African continent which had just witnessed a genocide leaving some 1 million people dead. How to report on trial proceedings, the moves of defence and prosecution whilst at the same time respecting the dignity of victims and the presumption of innocence of the accused? How to report on the testimonies of certain witnesses without putting their security in danger?

The founders of Hirondelle News Agency were aware of these challenges. A golden rule was set: facts, nothing but the facts when reporting. This became almost an obsession for the Agency, the only media outlet reporting daily on the Tribunal, to the point that it was sometimes criticized for not being critical enough of the ICTR. Hirondelle’s team were banned from expressing any personal opinions as journalists.

In view of these challenges, the founders provided that Hirondelle News Agency would also hold regular training seminars for journalists in the region, including from Rwanda. Numerous journalists from the region took part over the years and sometimes even Radio Rwanda sent participants.

“Hirondelle News Agency, whose professionalism was recognized by all parties, showed that strictly factual news and information, produced according to the universal rules of good journalism, can become a common base even for groups with different opinions and identities,” says Fondation Hirondelle CEO and co-founder Jean-Marie Etter.

The ICTR not only made an enormous contribution to the fight against impunity in the world and the development of international justice, it also helped more people in Rwanda and the rest of the world to understand that even those accused of the most serious crimes have the right to a proper defence. Hirondelle News Agency, without being a mouthpiece for the Tribunal, played a part in this process.

Hirondelle News Agency grew out of Fondation Hirondelle's first project, Radio Agatashya, which was set up in Bukavu, eastern Zaire (now Democratic Republic of Congo) in the wake of the 1994 genocide in Rwanda. Radio Agatashya was forced to close abruptly when rebels of Laurent Désiré Kabila, supported by Rwandan forces, started marching on Kinshasa in 1996, routing Mobutu’s Zairean army.

At the same time, the UN was setting up in Arusha (northern Tanzania) the ICTR, only the second international tribunal after the International Criminal Tribunal for former Yugoslavia mandated to try international crimes since the Nuremberg trials at the end of the Second World War.

The late Philippe Dahinden, a Fondation Hirondelle co-founder who was a driving force behind Radio Agatashya and a lawyer as well as journalist, saw that the ICTR was potentially very important to combat impunity in Rwanda, the region and elsewhere. He also saw that independent coverage was needed, especially for Rwanda, in the Rwandan language. With Philippe's drive and some resources recovered from Radio Agatashya, Hirondelle News Agency was born.

In the early years, the Agency’s team of African journalists was led by an expatriate editor. Later the editorial management was gradually handed over to Rwandan editors. Coverage remained independent and professional.

Hirondelle News Agency covered not only the ICTR but also national trials related to the Rwandan genocide, including "gacaca" village courts in Rwanda.

In later years, Hirondelle News Agency also started covering the International Criminal Court in The Hague. In early 2015, it handed over to JusticeInfo.Net, a new Fondation Hirondelle project in partnership with Oxford Transitional Justice Research and Harvard Humanitarian Initiative, providing interactive coverage of transitional justice around the world on a modern platform. 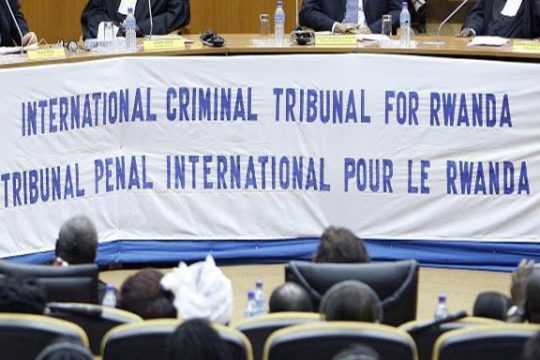 HISTORIC DECISIONS OF THE ICTR