(Dakar) – The last witness is scheduled to testify on December 15, 2015 in the landmark trial in Senegal of the former Chadian dictator Hissène Habré, Human Rights Watch said today. The lawyers’ closing statements are expected to take place late January or early February 2016, with a verdict by the end of May 2016.

Habré, who ruled Chad from 1982 to 1990 before fleeing to Senegal, has stood trial since July 20 before the Extraordinary African Chambers in the Senegalese court system on charges of crimes against humanity, torture, and war crimes.

“For the first time the courts of one country are prosecuting the former ruler of another for alleged human rights crimes,” said Reed Brody, counsel at Human Rights Watch, who has worked with Habre’s victims since 1999. “After a 25-year quest for justice, the survivors got their day in court, and Habré had an opportunity to defend himself.”

The Extraordinary Chambers were inaugurated by Senegal and the African Union in February 2013 to prosecute the “person or persons” most responsible for international crimes committed in Chad between 1982 and 1990. The Trial Chamber, which will have sat for 52 days, is presided over by Gberdao Gustave Kam of Burkina Faso, who shares the bench with two senior Senegalese judges.

Altogether, 98 witnesses will have testified, the majority travelling from Chad to Senegal. The victims and witnesses were chosen from the more than 2,500 interviewed by the pre-trial investigating judges on the basis of the relevance of their testimony to the crimes committed or their alleged link to Hissène Habré.

Some of the most moving testimony came from the victims who described their experience in prisons and camps. Among the other witnesses were experts on that period in Chad, the president of the 1992 Chadian truth commission, former members of Habré’s political police, the DDS, the Belgian judge who carried out a four-year investigation into a complaint filed against Habré in Belgium, a French doctor who treated 581 torture victims, researchers from Amnesty International and Human Rights Watch, and forensic, statistical and handwriting experts.

The trial looked at various periods and issues in Chad under Habré: attacks against the Hadjerai ethnic group (1987), the Zaghawas (1989), and southern populations including the so-called “Black September” in 1984; the arrest of political prisoners, and the treatment of prisoners of war.

Habré has rejected the tribunal’s authority. After his lawyers failed to appear at the opening of the trial in July, the court appointed three Senegalese lawyers to defend him and adjourned for 45 days so they could prepare. The first day back, on September 7, Habré was brought in to the court by force, kicking and screaming. After that, he was brought into the courtroom for each session before the doors to the public opened. The three court-appointed lawyers played an active role in questioning each witness and challenging the prosecution’s case. Habré has remained silent, as is his right, even when the prosecutor tried to question him.

Habré’s court-appointed lawyers have not directly challenged the accounts of criminal activity but have tried to show that Habré himself was not involved in committing the crimes. They have also challenged the credibility of a number of witnesses.

Some 4,500 victims joined the procedure as civil parties, represented by legal teams, most of whose members are Chadian lawyers. The victims’ lead lawyer, Jacqueline Moudeina, has been fighting on the victims’ behalf for 15 years to bring Habré to court.

The trial has been streamed live on the internet and broadcast on national television back in Chad. The woman who stated that she was raped by Hissène Habré reportedly received threats on her return to Chad. No measures are in place for witness protection.

The indictment does not include charges of rape, sexual enslavement, or other forms of sexual violence of comparable gravity. The victims’ lawyers have asked that these charges be added.

“Every day, the Chadian public watched their former president in the dock, as evidence of his alleged crimes was presented,” Brody said, “Habré was not put on trial because the current Chadian government particularly wanted him there, but because a group of brave Chadian survivors and activists fought to get him there.”

The parties – the prosecution, the civil parties and the defense – will present written conclusions. The lawyers’ final summations are scheduled late January or early February 2016. A verdict is expected by the end of May 2016. A final calendar will be decided at the end of the hearings on December 15.

Judge Kam has said that if Habré is found guilty, there will be a second set of hearings on damages for the civil parties. 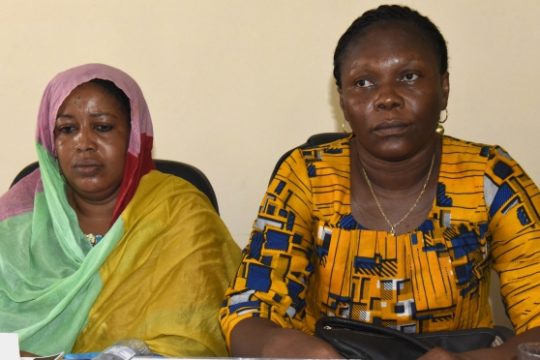 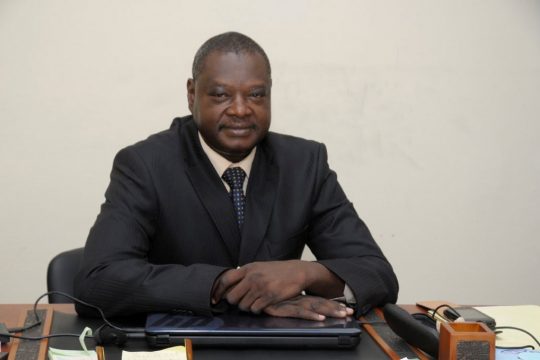