In the former Rwandan commune of Taba, less than 60 kilometres from Kigali, people still talk of its former mayor Jean-Paul Akayesu, the first person to be tried and convicted by the International Criminal Tribunal for Rwanda (ICTR). The ICTR, set up by the UN in November 1994, closed its doors on December 31, 2015, after handing down two weeks earlier its last judgment in the longest trial of its 20-year history.

The Tribunal’s closure has put ex-mayor Akayesu back in the centre of discussions in his former fief.

In April 1994 Akayesu, then aged 40, had for hardly a year been heading Taba, a place where he was first sent as a teacher. In the beginning, this natural son of a former Tutsi official opposed the genocide within his administration. But suddenly everything changed after he returned from a meeting in mid-April, as his maternal uncle Hamada Munyandamutsa recalls.

“He came back like a wild animal, and was totally unapproachable. He headed the first missions of killers and rapists,” the elderly Hamada recounts with sudden sadness.

At the end of his trial the ICTR convicted Akayesu on September 2, 1998 for genocide and crimes against humanity, and sentenced him to life in jail. As the ICTR closes, Akayesu is serving his sentence in a Malian prison, along with other ICTR convicts.

“After the genocide, I was ashamed to look people in the face, especially the genocide survivors, the widows and girls who were raped on my nephew’s orders,” Hamada Munyandamutsa confides.

“Out of the corner of our eyes”

To save the family honour and overcome the shame, Munyandamutsa says he joined the semi-traditional gacaca courts (pronounced gatchatcha) in his district, to judge suspected genocide perpetrators.

But genocide survivors in Taba say there is still a climate of suspicion in the community because, they say, most of their torturers have not asked for forgiveness and have not shown any signs of repentance.

“We work together on community service, but we look at each other out of the corner of our eyes,” says a genocide widow who was also a victim of rape. “We have no choice but to behave as if things were normal, but we are gradually being consumed by shame and regret while they are consumed by shame and latent hatred that they feel obliged to hide.”

In some places, steps have nevertheless been taken on the path reconciliation between killers and victims. Joël Mugabowindekwe, who confessed and was sentenced to community service, says he now lives in peace with genocide survivors. “They have gone as far as to let me off returning property that I looted from them,” he says. “When I was looting, I never thought that I would one day have to make amends. Without their forgiveness, how would I ever have been able to pay it all back?”

In the village of Nyirabihanya where Akayesu was born and raised, some Hutus are even held up as an example for having saved Tutsis during the genocide, sometimes at the risk of their own lives.

But the past golden age of harmony between Hutus and Tutsis, Rwanda’s two main ethnic groups, is still a dream, as 52-year-old Frédéric Musabyimana says with regret.

“People lived easily together. Marriages were concluded without asking in advance if someone was Tutsi, Hutu or Twa,” he recalls with nostalgia. His Hutu aunt Martha Kankera, for example, married a Tutsi with whom she had many children.
Even if many genocide survivors can envisage marrying their daughters to Hutus, it is still out of the question for them to forge such links with their former torturers or families of the latter, even if they have repented.

But the young generation enamoured of new evangelical churches are able to live in the present without forgetting the past. Amongst them interethnic marriages do take place, despite the reservations of the older generation and sometimes even without their parents’ consent.

“What I see today is nothing short of a miracle,” says an elderly Hutu teacher in Taba. “I would never have believed that people could still greet each other after what I witnessed during the genocide. Reconciliation is not something that you can speed up like a car.” 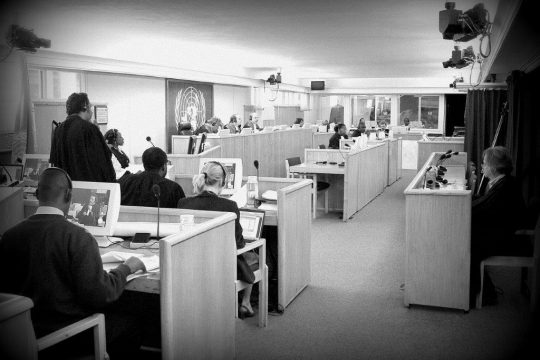