Dramatic video footage of armed clashes in Abidjan and bloodied corpses lined up on the streets opened the second day Friday of the landmark trial of former Ivorian president Laurent Gbagbo.

The prosecution accuses Gbagbo, 70, and his former youth militia leader Charles Ble Goude, 44, of orchestrating a plan to ensure the west African strongman remained in power despite being narrowly defeated by his bitter rival Alassane Ouattara in November 2010 elections.

Gbagbo on Thursday became the first ex-head of state to stand trial at the world's only permanent war crimes tribunal.

He and Ble Goude have denied four charges of crimes against humanity for his role in deadly post-election violence that prosecutors say killed some 3,000 people.

One incident focuses on a march on a pro-Gbagbo television station in December 2010 during which 45 people were killed and 16 women and girls were raped.

A video shot on December 16, 2010, shows a loud explosion followed by more shots.

"Two people were killed by a hand grenade. Get an ambulance!" one protester calls out as limp and bloodied bodies are dragged out of the line of fire.

"We won't accept this. We're keeping on filming," another protester can be heard saying.

A second video shot at a women's march in the Abobo suburb on March 3, 2011, shows how pro-Gbagbo forces opened fire on unarmed women, leaving bloody bodies on the streets.

Seven women were killed and three others injured.

"These women were unarmed. They only carried tree branches," MacDonald said.

Closing his opening statement, he told the judges the prosecution would call six material witnesses when it starts presenting its evidence -- likely some time next week.

"We will call six Ivorian men and women ... who will tell their stories of suffering," MacDonald said.

"The prosecution's evidence in this case, and nothing else, will speak for itself."

The ICC's chief prosecutor Fatou Bensouda on Thursday told judges her office had gathered a "vast body of evidence against the two accused" and prove the charges "beyond reasonable doubt."

Wearing a black suit, white shirt and dark tie, Gbagbo sat motionless as the videos were played, but calls of disbelief rang out from the public gallery where some of Gbagbo's supporters had gathered for a second day. 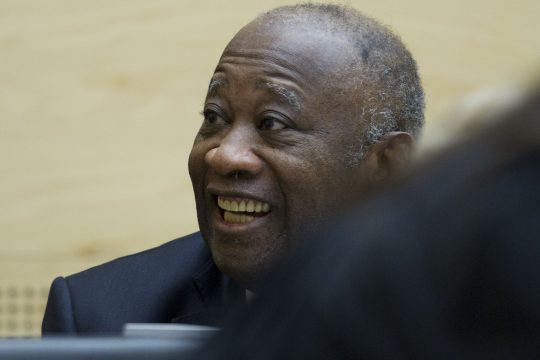 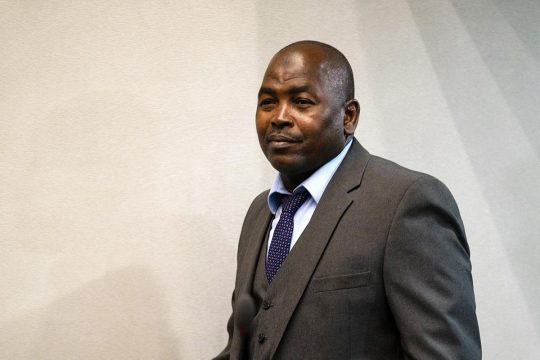