Côte d’Ivoire, a country with rich ethnic diversity, has numerous traditional kings and chiefs. Symbols of cultural heritage and identity of several peoples, they have often been called on by governments during the crises that have rocked the country. But is their work real reconciliation or just to put out the fires ignited by those very political leaders?

It is not so long ago, in October 2020, that electoral violence erupted again in Côte d’Ivoire. Protests against a third mandate for current president Alassane Ouattara left 85 people dead across the country. These deaths occurred in inter-communal violence mostly in the interior.

“A political not an ethnic problem”

Traditional leaders on the frontlines worked to restore calm. This was the case in Bocanda, a stronghold of the opposition PDCI-RDA party, located more than 200 kilometres from the capital Abidjan. Chief Brou, the traditional leader of Bocanda, is proud of his contribution to avoiding serious violence at a time when tensions between the ruling RHDP party and the PDCI-RDA were close to beoming conflict between the Baule and Malinke populations.

“We played our part," he says. “When things got heated, we had to intervene. When they [young opposition demonstrators who meant to attack the mayor of the city from the ruling party] started stirring up trouble, I went to the hotspot several times. That's why there was no killing here in Bocanda.” “We held several meetings with the communities," explains the 60-year-old. “We called both sides together. We insisted that this is a political problem, not an ethnic one, and everything calmed down.” The traditional leader also works alongside the Ivorian state. “The authorities use us for reconciliation. A joint civil-military platform has been set up with us for reconciliation," he says.

“Our role is to settle differences”

Akéo Antoine, chief of the village of Anonkoua-Kouté, has participated in this reconciliation process for many years. This man, whose term as chief ended in January 2021, has remained honorary chief of the village inhabited by people of the Ebrié ethnic group. Located north of Abidjan, Anonkoua-Kouté was the scene of serious violence on March 6, 2011. Reputedly close to former president Laurent Gbagbo, the village was the target of an attack that day that cost the lives of a dozen people.

"In essence, our mission is to settle disputes that come to our attention, both small fights, small thefts and inter-community conflicts. This is our mission," says the traditional leader. Akéo Antoine has participated in reconciliation efforts by the Dialogue, Truth and Reconciliation Commission (CDVR) set up after the 2010-2011 crisis. "When we are called upon, we are obliged to do so," he says.

But in Côte d'Ivoire, the role of traditional chiefs remains strongly tied to political will. Often invited to public ceremonies for folklore, they complain that their influence is limited. "We would like our voice to be heard more. Our role has become too honorary," laments Blé Mathias, a Bhete community leader in the Ayamé region of southeast Côte d'Ivoire.

For this former postal worker who then became an agricultural worker 20 years ago, Ivorian chiefs do not carry the same weight as in some neighbouring countries. "In countries like Burkina Faso with the Mogho Naaba or Ghana, the kings and traditional chiefs are strong and respected. Here, many of them live on donations from politicians. How can we be correct in these conditions?" he asks.

Anzouan Isidore, chief of the village of Koffikro in the heart of Akan country in central Côte d'Ivoire, does not see reconciliation as something for the people. "It is the politicians who are at the root of the crises, not the people," he says. "This reconciliation has become like a business. Everyone says reconciliation, but the problems come when there is an election and with the messages politicians deliver to the people. If they don't change their ways, we will always have the same problems," says this former accountant. "All that is being done is for show. What has happened, those who have lost relatives, nothing can change that. There is no reconciliation to be done. What is needed is a change in political methods.”

Côte d'Ivoire did set up a National Chamber of Traditional Kings and Chiefs (CNRCT) in 2014. But the institution, which is based in the country's political capital Yamoussoukro, is struggling to find its feet and prove itself independent of government. Appointed by Ouattara, its president is the king of Grand-Bassam, Nana Amon Tanoé. And it is still waiting for its legal powers. "The Chamber has been waiting for its organic law since 2017. For the moment, we do not have this legal document that constitutes the essence of the institution," says an official of the CNRCT, on condition of anonymity.

In recent days, the Chamber declined an invitation from Gbagbo supporters to participate in a reception for the returning ex-president, acquitted in January 2019 by the International Criminal Court. The CNRCT board, in a note published on Friday, June 4, said it "welcomes and approves the return of a son of the country, who returns without hatred to accelerate the process of national reconciliation”. “As for the reception, all the chiefs say they do not feel qualified to participate,” it tries to explain. “We propose that primacy in any circumstance is given to the security and peace of Ivorians.”

This was not to the taste of Gbagbo supporters, who did not refrain from mentioning that, according to them, King Tanoé is close to Ouattara. "What is a shame is to see that we are remembered only for libations during inauguration ceremonies of buildings or during elections to win a few votes. But when it comes to the problems that affect the country, people think that we are not important enough," says Blé Mathias.

“Gbagbo, a son of the country”

Some traditional leaders were finally present at Abidjan airport on June 17 to witness Gbagbo’s return. Although his eventful arrival did not allow them to interact with him, many are convinced that his return is a good thing. "He is a son of the country who has many supporters and is returning home. It is good for peace and social cohesion," was the measured comment of Anzouan Isidore.

The ruling RHDP party has spoken of this return stressing Ouattara’s will for reconciliation. "By making the presidential pavilion at the airport available to the welcome committee of former president Laurent Gbagbo, President [Ouattara] has made a very strong gesture, indicating his will to bring the ongoing national reconciliation process to a successful conclusion," said Agriculture Minister Kobenan Kouassi Adjoumani, spokesman for the RHDP.

As for Gbagbo, he did not use the word "reconciliation" in his first speech to his supporters. It was brief, and ended with a combative statement: "Mr. Secretary General (...) I am your soldier, I am mobilized. Thank you," he declared on the evening of his return, June 17. 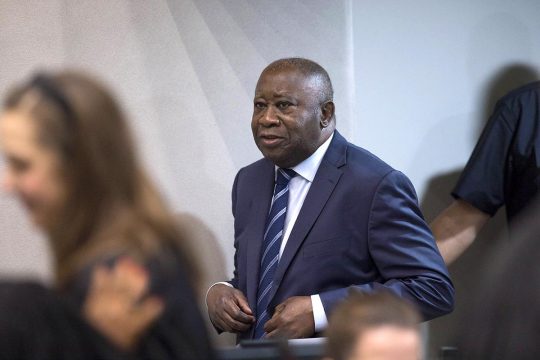 Gbagbo acquittal: “3,000 dead, and no one guilty!”
Share
Republish 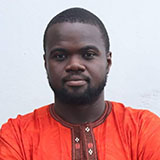