Since January 31, Kenya and other African countries have been advocating for the 34 ICC member countries on the continent to pull out as a bloc. They claim that this international justice is discriminatory because it has only gone after Africans. Supporters of the International Criminal Court (ICC) say this move reflects the desire of certain African autocrats to get a licence to kill and cover up their dark intent in the name of anti-colonialist struggle. Analysis shows that the ICC Prosecutor’s strategy has in fact served African governments extremely well, even if the Court remains a threat to certain Heads of State.

The ICC has never before faced such a diplomatic crisis, which threatens to sink it. Its legitimacy and credibility are in deep question. To understand the current crisis, we need first to look at certain facts before examining the heart of the controversy.

The ICC’s creation in 2002 raised immense hope in Africa. At the time, 800 African NGOs took active part in the campaign across the continent for the Court to be set up. These associations saw it as a rampart against States where judicial systems are often deficient, if not directly linked to the government. The first State in the world to ratify the Rome Statute, founding treaty of the ICC, was an African country, Senegal, in 1999. Uganda, then the Democratic Republic of Congo (DRC), the Central African Republic (CAR), Mali and Côte d’Ivoire each requested that the court intervene on their territory. In short, Africa called on the ICC, not the other way round. As for Sudan and Libya, it was the UN Security Council that referred the situations in these two countries to the ICC.

Africa called on the ICC, not the other way round

The ICC’s leading figures are also African, whether it be Prosecutor Fatou Bensouda, former Justice Minister of Gambian President Yahya Jammeh, some of the judges and Sidiki Kaba, former Justice Minister of Senegal, who heads the ICC Assembly of States Parties. As for the argument that the Court is discriminatory, former South African Truth Commission Chairman Archbishop Desmond Tutu turns it on its head, saying that if the ICC discriminates, it is in favour of Africa, since the ICC has only focused on African victims and not others.

So what about this anti-ICC lobby? Is it because certain governments want to get rid of a Court that is a potential threat to their power, combined with desire for revenge on the part of the Kenyan and Sudanese Presidents who were indicted by the ICC? This explanation is correct, but does not go at all far enough. Some presidents do indeed fear the effects of a Court that could indict them, and Burundian President Pierre Nkurunziza is not the least amongst them. But the heart of the problem lies in the very political strategy of the Prosecutor ever since the Court was born in 2002. Apart from the arrest warrants against Gaddafi and Omar el Bashir, which satisfied Western governments, the strategy of the two successive Prosecutors has in fact served African governments, with indictments only against opposition leaders and armed groups.

Deep weaknesses in the Prosecutor’s strategy

First ICC Prosecutor Luis Moreno Ocampo, who was in a hurry to establish the legitimacy of the new Court, accepted the request of Ugandan President Yoweri Museveni to intervene in his country against the Lord’s Resistance Army (LRA), a militia that had committed horrendous crimes, but he was never interested in crimes committed by the Ugandan army. In the DRC, Ocampo went after militia leaders without pursuing those who gave the orders. In the CAR up to now, he has only indicted Jean-Pierre Bemba of the DRC (Bemba’s militia went into the CAR at the request of that country’s authorities of the time). This clearly delighted DRC President Joseph Kabila, who was afraid of confronting his political rival Bemba in elections. In Côte d’Ivoire, the ICC Prosecutor went after Laurent Gbagbo, the president who was ousted in 2011 by French forces and new President Alassane Ouattara, whose troops also committed abuses but have never been prosecuted…

In Sudan, Ocampo indicted in 2009 sitting President Omar el Bashir, accused of international crimes. That was enough to delight the Bush administration, which until then hated the ICC to the point of wanting to shoot it down. As for ICC intervention in Libya, it was a disaster. The book by JusticeInfo’s ICC correspondent Stéphanie Maupas, “Le joker des puissants” (“The Joker of the Powerful”, ed. Don Quichotte), which is a real crime novel on international justice, teems with damning evidence on the Ocampo era. The author demonstrates in detail how in five years in the Libya case alone “the Court issued three arrest warrants without having conducted a single investigation in the country, it relayed the war propaganda unreservedly, started an investigation on rape whose results we are still awaiting, and promised to examine abuses by the rebels without any result…”

In fact, there is a profound irony in the current diplomatic attack on the ICC. Apart from Uhuru Kenyatta (whose indictment paradoxically helped his election as President of Kenya) and Omar el Bashir, the ICC has served (too) well the interests of African governments. The Prosecutor could have chosen (and could still choose) other targets, because the world is not lacking in war criminals in countries that are nevertheless ICC members. Afghanistan, Colombia and Palestine are some examples. The Prosecutor could also choose to go after members of Islamic State suspected of crimes in Syria, Iraq or Libya if they have European nationality.

However, despite its limitations, the existence of the ICC has already produced significant results. It has created a new norm in international law: who could have imagined 30 or 50 years ago that impunity is – in theory - no longer acceptable? It shows that the determination and the mobilization of hundreds, if not thousands of NGOs, victims’ associations and civil society groups can influence the way States conduct their foreign policy, even if the road is still long to build an independent international justice system.

Clinging to power: the African leaders who won't stand down 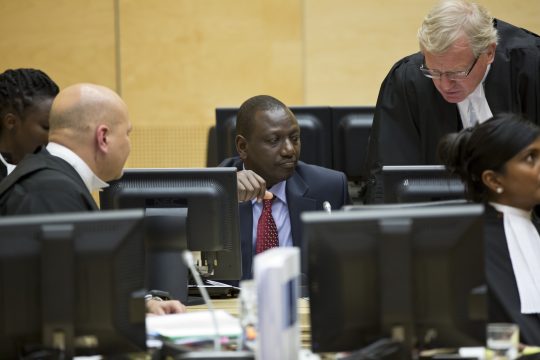 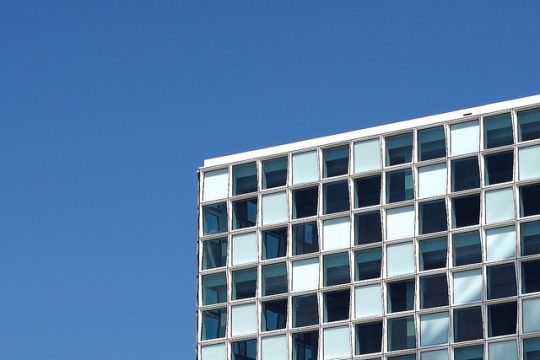 Opinion : On Africa and the ICC, Don’t Buy All the Hype
Africa : Related articles