Top level Rwandan genocide suspect Ladislas Ntaganzwa was flown from Kinshasa to Kigali on Sunday to face trial three months after his arrest in the Democratic Republic of Congo.

The 53-year old former mayor is to be tried on nine counts of genocide, crimes against humanity and violating the Geneva Conventions during the 1994 genocide in which around 800,000 people were killed, mostly ethnic Tutsis.

“We are very happy to see this effected,” said Jean-Bosco Siboyintore, head of Rwanda’s Genocide Fugitive Tracking Unit as the suspect landed on Sunday afternoon and was taken into Rwandan police custody.

“We have been long waiting for it and we are happy that the Mechanism for international criminal tribunal (MICT) have so far delivered him from DRC.”

Siboyintore said arrangements for the trial were under way.

Ntaganzwa was arrested in Congo in December and was transferred into UN custody earlier on Sunday ahead of his extradition to Rwanda.

“Ladislas Ntaganzwa, who is accused of participating in genocide in Rwanda, has been in our hands since December 2015. We have decided to hand him over to the UN Mechanism for International Criminal Tribunals (MICT),” said Congolese Justice Minister Alexis Thambwe Mwamba at Kinshasa airport before the suspect was flown to Rwanda.

Until his arrest, Ntaganzwa was one of nine top fugitive Rwandan genocide suspects, accused of slaughtering thousands of people and organising mass rapes in 1994.

He had a $5 million (4.6 million euro) US bounty on his head and has been indicted by a UN-backed court for genocide and crimes against humanity.

Ntaganzwa is accused of organising “the massacre of thousands of Tutsis at various locations,” the UN-backed Mechanism for International Criminal Tribunals (MICT) said when he was arrested.

“He was also alleged to have orchestrated the rape and sexual violence committed against many women,” it said.

Ntaganzwa was intially wanted for trial at the UN-backed International Criminal Tribunal for Rwanda (ICTR), based in Tanzania, but his case was transferred to Rwanda in 2012.

According to a 44-page ICTR indictment, Ntaganzwa helped to establish, train and arm the local Interahamwe militia, the Hutu youth wing of the political party he ran in the Nyakizu area, “with the intent to exterminate the Tutsi population and eliminate its ‘accomplices’.”

The indictment also accuses Ntaganzwa of personally leading a series of massacres of Tutsi civilians, including an attack on a church where thousands had taken shelter.

Ntaganzwa fled Rwanda for neighbouring Congo soon after the genocide. 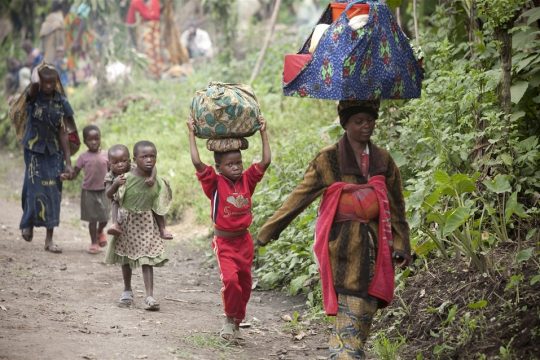 Rwanda : Bagosora, a major player in a genocide without mastermind