Simmering electoral tension reached a peak Wednesday on the semi-autonomous Tanzanian islands of Zanzibar, following the vote on October 25. The Chairman of the Zanzibar Electoral Commission (ZEC) announced that he was cancelling the elections. The United States immediately called for him to reverse this decision.

Although part of mainland Tanzania, Zanzibar has its own President, parliament, Constitution, flag and national anthem. It has seen recurring post-election violence in the past.

“I, Jecha Salim Jecha, Chairman of the Zanzibar Electoral Commission, by virtue of the powers conferred on me by the Constitution and the law…” So starts the text in Swahili issued by the head of the ZEC. Still speaking in the first person, he gives the following reasons for cancelling the polls: tussles between members of the Commission, interference by political parties in the ZEC’s work, numerous complaints about the organization of the elections, the vote count and announcement of results.

Tanzanian lawyers commenting on local media all wondered if this was a decision of the ZEC or an individual decision by Jecha Salim Jecha.

“It’s a unilateral decision,” said opposition candidate for the presidency of Zanzibar Seif Sharif Hamad, who already proclaimed his victory on Monday, warning he would not accept the results unless he was declared winner. Sharif Hamad, leader of the Civic United Front (CUF) and incumbent First Vice-President, is the main opponent of Mohamed Shein, incumbent President of Zanzibar and candidate of the ruling Chama cha Mapinduzi (CCM) party.

In the hope of ending recurrent post-electoral violence, the people of Zanzibar voted by referendum in 2010 to institutionalize a coalition government. According to the text adopted, the party that wins the elections gets the post of President of the islands and also Second Vice-President. The party that comes second gets the post of First Vice-President. Ministerial posts are divided pro rata, according to how much of the vote they get.

After the announcement that elections were cancelled, the United States was the first international partner to react. In a statement published on the website of the US embassy in Dar es Salaam, Washington said it was “gravely alarmed”. It called for Jecha Salim Jecha’s decision to be reversed and urged “all parties to maintain a commitment to a transparent and peaceful democratic process”.

“The people of Zanzibar deserve that,” it stresses. Washington says the elections have been hailed as “orderly and peaceful” by observer missions from the US Embassy, European Union, Commonwealth, and Southern Africa Development Community.

If Jecha Salim Jecha’s decision is maintained, what impact will that have on these elections in Tanzania, given that Zanzibar was voting last Sunday not only for its own President and parliament but also the President of Tanzania?

The opposition thinks it means elections should be cancelled for the Tanzanian Union as a whole. Former Prime Minister Edward Lowassa, opposition candidate to be president of the United Republic of Tanzania, has called for the National Electoral Commission also to stop announcing results for the national elections. He accuses the NEC of cheating with support from the ruling party, “just like the ZEC in Zanzibar”.

But NEC Chairman Damian Lubuva has ruled out stopping the national vote count and says his Commission has not found any irregularities with the votes from Zanzibar.

In the nationwide presidential elections, CCM candidate John Magufuli was on Wednesday leading Edward Lowassa by 59.2% to 39.6%, with votes counted from 195 out of 264 constituencies, according to the NEC. The two men are vying to take over from President Jakaya Kikwete whose second mandate is coming to an end.

The European Union observer mission said the elections had gone smoothly at the level of the Union, but regretted a “lack of transparency” on the NEC’s part.

Since Sunday, some 300 opposition supporters have also been arrested by police in Tanzania as they were protesting against delays in the announcement of results. 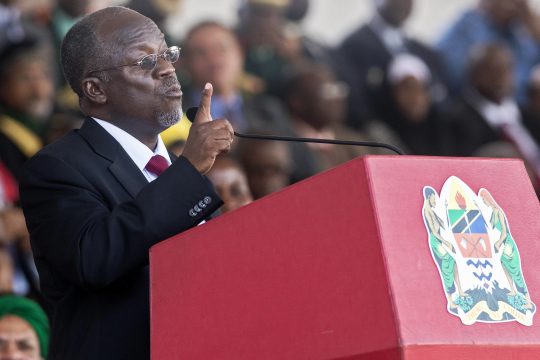 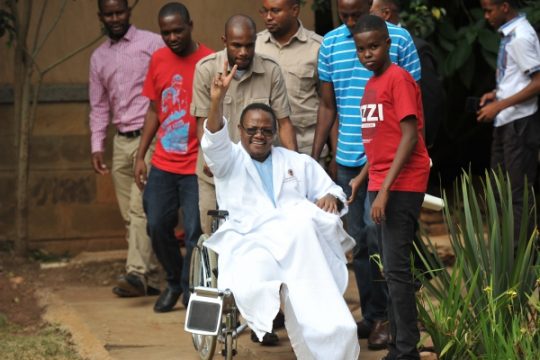