“In the four years I have been investigating, there have been seven or eight crises [with Rwanda]. We thought our investigation there was over, but it’s still ongoing.” These were the words of a French gendarme, neat in his uniform with cap placed beside him on a chair, as he testified in the Paris trial of two former Rwandan mayors charged with genocide. Under lengthy questioning on Thursday May 19, he openly gave many details about the investigation that led to this trial of Tito Barahira and Octavien Ngenzi.

Lieutenant Olivier Griffoul was one of the first investigators in the gendarmerie’s “crimes against humanity, genocide and war crimes” unit when the team was still tiny. In 2010, the “Rwandan cases” were just being revived in Paris, after a warming in relations with Kigali in late 2009. Two, three four and now twelve investigators have been on various missions to probe 15 priority cases out of some 30 judicial complaints filed in France against Rwandan suspects. Lieutenant Griffoul alone has been to Rwanda “about 20 times”. His investigations started with Octavien Ngenzi, who was mayor of Kabarondo commune during the genocide. Ngenzi was arrested in Mayotte in June 2010. The investigation into Tito Barahira, who was mayor before Ngenzi and was arrested three years later in Toulouse, started later and was joined to Ngenzi’s case in July 2013. The two cases were joined, the investigator told the court, when witnesses established a link between a meeting Barahira held with militia on the football pitch of his native district Cyinzovu and attacks carried out in the centre de Kabarondo, which was Ngenzi’s fief.

Responding to a question from the jury about the influence of ex-mayor Barahira, the gendarme was affirmative. “He was one of a group of notables, unlike Ngenzi who was a newcomer,” he said. “It was Barahira who gathered the youth of the MRND [presidential party] that would make up the militia.” Using videos, the investigator pointed out to the court the main massacre sites that will be cited in the trial – the church, the health centre, the IGA literacy centre – and spoke also of targeted raids on mixed families. “There are said to have been some 5,000 to 6,000 people killed in the commune,” he said in answer to a judge’s question. “In this case, we have tried to single out the facts that can be attributed directly to Ngenzi and Barahira. But across the commune there was a whole series of murders committed because at best they allowed them to happen and at worst because the authorities sent messages authorizing the killing.”

The arrival of Rwandan Patriotic Front (RPF) rebels, which he said happened between April 19 and 20, 1994, stopped these killings and led the two accused to flee. Before that, Griffoul told the court, “staying would not have been logical if you didn’t support what was going on”. He said it also seemed clear that Ngenzi was linked to the regional strongman Colonel Pierre-Célestin Rwagafilita, who is said to have helped Ngenzi fund his studies in agricultural engineering. The gendarme said Rwagafilita was a leader of the “Kibungo club”. “He pulled strings in the struggle between the central authorities [Hutu, but from the north of the country] and this eastern region,” the investigator told the court. “Under the cover of economic development, the Kibungo club deployed a strategy of cronyism and a racist ideology.”

The two accused earlier painted a picture of Kabarondo as being preserved – up until the genocide – from inter-ethnic hatred. “What do you say to that?” prosecutor Philippe Courroye asked.

“What I sense is that in Kabarando, there were some personal interests that were more important than ideologies,” the gendarme replied. “The MRND’s power there was not unshakeable.” Kabarondo is certainly far from Kigali, but the gradual rise of anti-Tutsi paranoia was no less real, he said, especially since it is near the Akagera national park from which RPF rebels could emerge at any moment.

“And Mr. Ngenzi says he was unable to control the militia, is that fiction?” asked Courroye. “Yes, absolutely,” the gendarme replied. “So far as I can see, Ngenzi remained in charge until the end. He had the means, the support and the power.”

For the Defence, this accusation was strong. “You seem to assert a lot of things with certainty that I have not seen in the file,” lawyer Françoise Mathé struck back. “Where did you get this information about the Kibungo club and Rwagafilita?” The gendarme said he had “records from the investigation”. He explained that the investigators had never focused on Rwagafilita – who has never been tried and is thought to be dead – and that they finally decided to accept as fact certain “facts established by the Rwandan authorities”. Exchange between the lawyer and the gendarme then became more heated. “What permits you to say that Mr. Ngenzi worked for Rwagafilta?” asked Mathé. “It’s a bit excessive, but that’s the result of your questions which are also a bit excessive,” said the Lieutenant.

Then the issue of “professional witnesses” was raised. The investigator did not deny their existence. “They are there,” he said. “But I am also a professional investigator. We know who they are, we have identified them and neutralized them. We are not amateurs!”

The investigator had earlier described the difficulties of gathering testimonial evidence when their travel was overseen by the GFTU (Genocide Fugitive Tracking Unit), the Rwandan prosecution’s unit charged with tracking genocide suspects abroad. “But the GFTU was not present at any hearings,” he stressed. He told the court about Méthode, the Rwandan judicial police officer responsible for accompanying them. “He’s a former RPF officer who was quite blinkered at the start but I saw him evolve as our investigation went on.” Initially, they had to question witnesses on a list supplied by the authorities. “But then,” he continued, “very quickly we got back our freedom to work as we wanted. We also made sure interpreters are loyal.” Of course people may be pressured afterwards, he admitted, either by the Rwandan government or the families of the accused.

Barahira’s lawyer Philippe Meilhac then raised again the difficulties encountered especially with former Rwandan Attorney General Martin Ngoga. In early 2012, after two trouble-free years, diplomatic relations between Paris and Kigali froze over again. Ngoga told the press that French investigators had been “chased out” of Rwanda. “That was not true, we were repatriated prematurely,” Lieutenant Griffoul told the court. He said he thought Ngoga’s statement was part of a political strategy and did not reflect working relations on the ground. “In the four years I have been investigating, there have been seven or eight crises [with Rwanda]. We thought our investigation there was over, but it’s still ongoing.”

With each new crisis between Rwanda and France, the investigators find themselves caught in its tentacles.  The last one broke with the announcement in October 2015 that France was dropping its case against Wenceslas Munyeshaka, 20 years after the first judicial complaint was filed against this Catholic priest exiled in France. The head of the central anti-war crimes office confirmed to JusticeInfo that “this delayed a visit. We should have gone (to Rwanda) in November, but we went in February”.

“But it has not affected our work on the ground,” Colonel Jean-François Caparos continues. He says a new mission to Rwanda is planned “in the next two weeks”. Out of some 50 cases the Office’s gendarmes are handling, 50% concern Rwanda. About 15 “are progressing well”, with some four investigative missions per year. Each time, six to eight investigators go to Rwanda, sometimes accompanied by an investigating magistrate, and conduct “between 90 and 120 witness hearings”.

Apart from Rwanda, the Office’s 14 members are working on a number of other cases, of which two – the Central African Republic and Syria – are considered “priority”.  With regard to Syria, the “Caesar” case was brought to media attention last September by former Foreign Minister Laurent Fabius. Since then, investigators in the case have been looking for a way to apply French jurisdiction by identifying “either a French victim or a perpetrator on French territory”. Several judicial sources indicate that other cases could be opened before the end of the year, with collaboration between the terrorism and crimes against humanity units. As well as pursuing people suspected of links to terrorist crimes, the idea is also to go after certain French citizens or refugees returned from Syria or Iraq and considered a national threat, for crimes against humanity or war crimes. 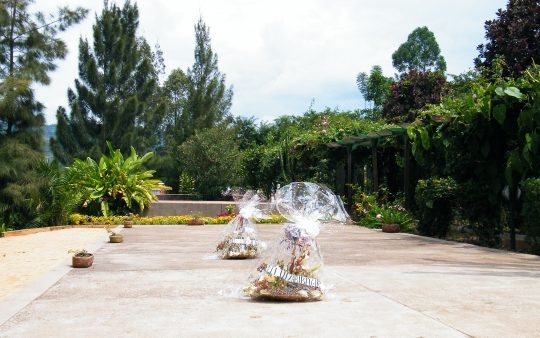 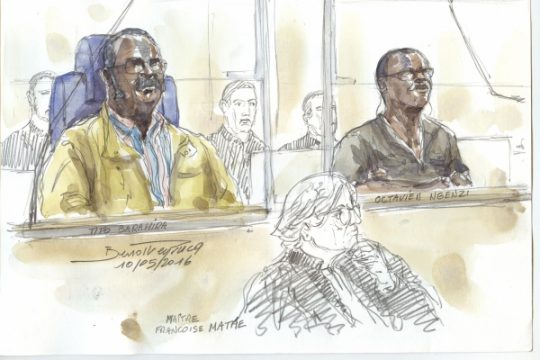