A day of joy or a day of mourning? The battle of remembrance remains as intense as ever between Israelis and Palestinians. Israelis have just celebrated the 68th anniversary of their State, as Palestinians remembered the Nakba, the exile of hundreds of thousands of them during the 1948 war. Extreme-right Israeli leader Avigdor Lieberman has been invited to be Defence Minister, which could inflame the remembrance war further, whilst a new museum is to open in Bir Zeit documenting the loss of Palestinian land.

On May 12, Israel celebrated Independence Day, Yom Hatsmaout. There was an Israeli army parade above the promenade of Tel Aviv, blue and white flags with the Star of David hung in all public places, on balconies, on car roofs, in the hands of children, as the country celebrated 68 years of its existence. Three days later on May 15, Palestinians remembered the Nakba, which literally means “the Catastrophe” and which was described thus by Palestine Liberation Organization Secretary-General Saeb Erekat in the Israeli newspaper Haaretz: “Some 436 villages were destroyed and 70% of our people chased from their homes. This ethnic cleansing was part of a colonialist strategy.” And he called on Israel to recognize the Nakba.

In Ramallah, Palestine’s administrative capital, May 15 saw people marching with huge cardboard keys, symbolizing the flight and abandoning of houses in 1948. One of the main slogans, “through unity and resistance we will make the right to return possible”, is unacceptable for most Israelis. They read it as Palestinian refusal to accept the State of Israel. In Bir Zeit, a new Palestinian museum is to open with fanfare in June. According to its president, Mr. Qattan, “its exhibitions will explore the cultural sense of martyrdom and will show who were the first inhabitants of Palestine.” Ironically, the museum is still empty, owing to internal conflicts.

For Palestinians, including those living in Israel and those who have Israeli nationality (about 20% of the Israeli population), Independence Day represents a day of despoliation and of grief. Arab Israeli MP Haneen Zoabi, who participated in rallies to mark the Nakba, said in 2011 that “the Nakba is not just part of Palestinian history, but also of Jewish history on this land. It takes two to carry out the Nakba, you need a victim but also an oppressor. It was the Israelis who expelled the Palestinians, destroyed their towns and villages and stole their land.” Therein lies the heart of the problem: for Palestinians, Israel’s recognition of the Nakba is a condition for any reconciliation, while the Israeli government and the right-wing parties see it as an attempt to delegitimize Israel.

Black flags for the Nakba

During the last election campaign in 2015, Avigdor Lieberman, leader of the extreme right Israël Beiteinu party whom the Prime Minister has asked to join the government as Defence Minister, suggested that Arab Israelis marking the Nakba should leave the country. “Israeli citizens who fly black flags on Nakba day are free to leave,” he said, “and I would be delighted to hand them over to Abu Mazen (President of the Palestinian Authority).” An MP from his party tried unsuccessfully to pass a law that would have imposed a three-year jail term on Israeli citizens marking the Nakba. But this same MP did get a law passed in 2011 cutting off all government funding to institutions that openly reject recognition of Israel as a democratic, Jewish State or mark Israeli Independence Day as a day of mourning.

This remembrance war around the Nakba obviously reflects the current political deadlock where there is no perspective of peace in sight, Israeli settlement in the West Bank continues and Hamas has not changed its charter advocating destruction of the “Zionist State”, even if some of its leaders have distanced themselves from that. The geostrategic imbalance between the Israeli army’s strength and Palestinian military weakness makes the conflict over remembrance all the more acute. With the political and military situation blocked, conflict over remembrance becomes a central stake to play for.

Fighting with words and symbols

In this poisonous climate, words and symbols remain arms of conflict, as both Yom Atsmaout and the Nakba remain key events defining Israeli and Palestinian identity. The word “Nakba” – “catastrophe” – is reminiscent of the word “Shoah” which also means catastrophe in Hebrew and is used to evoke the mass extermination of European Jews by the Nazis. According to an Israeli study, this extermination is denied by 40% of Arab Israelis, whereas for Israeli Jews the genocide perpetrated by the Nazis justifies the need for a Jewish State as a haven of refuge. As for Zionism, it is seen in classical Israeli historiography as a movement of national liberation, whereas in Palestinian historiography it is seen as a colonial, even racist ideology.

In the 1980s, Israeli “new historians” (such as Tom Seguev, Ilan Pappe and Benny Morris) using Israeli and British archives cast doubt on traditional Israeli historiography, showing how hundreds of thousands of Palestinians were pushed from their homes in 1948 fleeing fighting but also as a result of intimidation and force. Israeli NGO Zochrot documents the destruction and looting of Palestinian property in 1948. According to a 2008 survey of Israeli Jews, 47% think that in 1948, “Jews played a role in the Nakba”. Is that why in 2014 the Israeli government stressed the exodus of Jews from Arab countries as a counterweight to the Nakba? The Knesset adopted a law on remembering “The Exit and Deportation of Jews from Arab Lands and Iran”. In effect, almost all the Jews in the Arab world (856.000, according to the Israeli authorities) were forced to leave their home, most of them leaving behind their belongings.

With no peace process, the remembrance war is likely to intensify. For both the Israeli and Palestinian authorities, the legitimacy of their cause remains as ever tied to a rhetoric of victimhood. Next year will mark a half century of Israeli occupation of the West Bank and Gaza and we can expect the war of words to heat up further. 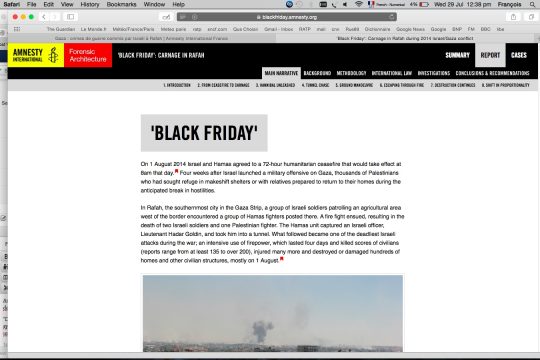 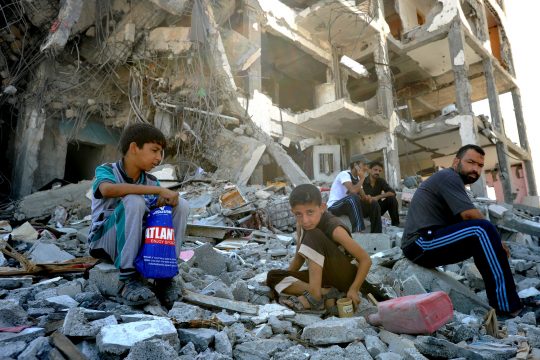 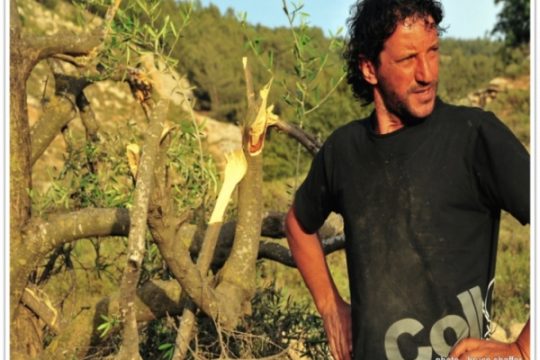 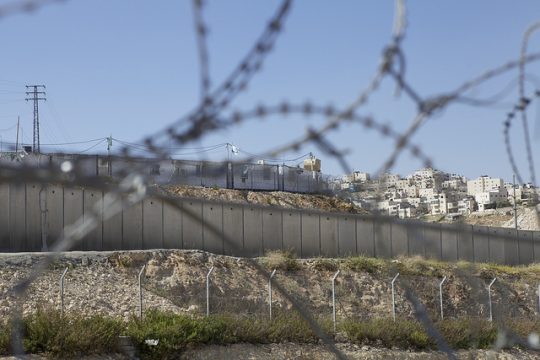