Swiss NGO TRIAL (Track Impunity Always) is celebrating its 14th anniversary on Monday June 6, renaming itself TRIAL International to reflect an increasingly worldwide role and launching a new website. TRIAL was founded shortly before the Rome Statute of the International Criminal Court (ICC) was signed in July 2002, and after the London arrest of Chilean dictator General Augusto Pinochet gave new hope to the idea of international jurisdiction to try “international crimes” (genocide, crimes against humanity, war crimes and torture). It aims to combat impunity for international crimes through research, lobbying, working with victims to bring cases before national and international courts, and building the capacity of local actors, especially lawyers, in countries such as the Democratic Republic of Congo, Burundi, Nepal and Bosnia Herzegovina. It has brought some 300 cases worldwide, representing more than 500 victims. Founder and Director Philip Grant spoke to JusticeInfo.net.

JusticeInfo.net: In the last 14 years, do you think impunity for international crimes has been reduced?

Philip Grant: A week ago we had Hissène Habré being sentenced to life in jail, so I would be a little picky if I were to say things have not moved in the right direction. There’s been a lot of improvement, a better understanding of the way impunity is an obstacle to peace processes and setting up of rule of law in countries coming out of situations of generalized violence. Impunity has to be tackled, and I think there is more and more willingness and understanding of the international community to go in that direction. Now that’s the big principle, but of course when you go into the details it’s still very shaky. We have Hissène Habré, Operation Condor, all those interesting rulings coming out, but I think the struggle against impunity still lacks a fundamental piece, which is its credibility. What would be needed is to have an impartial case against a powerful representative of a powerful country, to really show the world that these are not political trials, these are justice issues and they have to be tackled as justice issues and nothing else. And we’re probably still far from that, far from seeing a George Bush or a Vladimir Putin on trial. But I think the principles are being laid out, and it’s based on those principles coming from verdicts like Hissène Habré and Operation Condor that we will be able to move forward.

JusticeInfo.net: How much do you think NGOs like TRIAL have helped move things forward?

PG: NGOs are paving the way, and TRIAL has been doing that in Switzerland and elsewhere where we work. Other NGOs have definitely put the accountability issue on the agenda, and without them we would not be talking about Hissène Habré or all these other important cases. So I think NGOs like mine are absolutely important in setting the agenda on these issues. I think corporate accountability is the next phase of the struggle. There are very few cases going to court, even though NGOs such as TRIAL have tried. But I think we’re laying out the agenda and the necessity to hold accountable corporations that are complicit in international crimes.

JusticeInfo.net: What do you think is your biggest success?

PG: I can give you two examples: former Guatemalan Chief of Police Erwin Sperison sentenced to life in Geneva last year for ten cases of extrajudicial executions in his country; and in Bosnia Herzegovina, obtaining the first ever verdict against sexual violence offenders, with reparations awarded to the victims. We have changed the case law. Victims can now obtain reparations within a criminal trial in Bosnia Herzegovina.

JusticeInfo.net: You mentioned corporate responsibility, and you said you had brought cases?

PG: There was one against Caterpillar for the selling of D9 bulldozers to the Israeli army. It was thrown out by the Swiss Prosecutor, who basically said the Israeli army committed war crimes by using these D9s to wantonly destroy civilian homes in the Occupied Territories but there was not a sufficient link between the company and those crimes.  The other case is against a refinery called Argor, one of the biggest refineries in the world, based in Switzerland and which, according to us, refined looted gold – probably knowingly - from the DRC. The company’s premises were raided by the Federal Prosecutor’s office in late 2013 and they opened up a criminal investigation for complicity in the war crime of pillage. After a long investigation they decide not to send the case to court because the company could probably argue they were not fully aware that the gold was coming from a looted source, an armed group that had seized a mine in the eastern province of Ituri, DRC…

JusticeInfo.net: Do you think Switzerland, where you are based, is doing enough to fight impunity for international crimes?

PG: The last case that went to court for war crimes – and I am excluding the Sperison case, which is not a war crimes case – dates back to 2000. So it has now been 16 years since we had a trial, unlike France or Germany, for example. The Swiss federal authorities set up a war crimes unit within the Federal Prosecutor’s office in 2012, but they haven’t given that unit all the necessary means to investigate all those cases. There are quite a lot of suspects residing in Switzerland or passing through, coming to international meetings, on holiday, or to visit their bankers…

JusticeInfo.net: What are your priorities for the future?

PG: We will focus on two themes, sexual violence and enforced disappearances, on which we are already providing a lot of useful expertise in the DRC, Burundi, Nepal and Bosnia Herzegovina. On universal jurisdiction, I think we will invest in the future by investigating a limited number of high profile cases, with a view not just to having people talk about it, but having the perpetrators brought to justice. 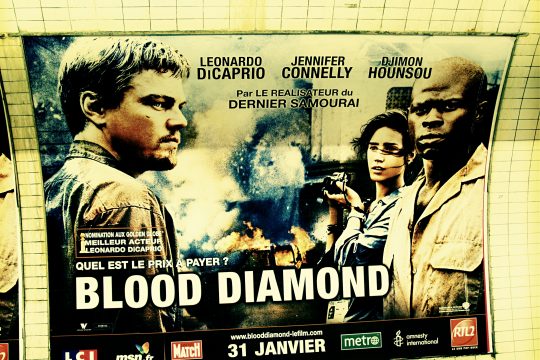 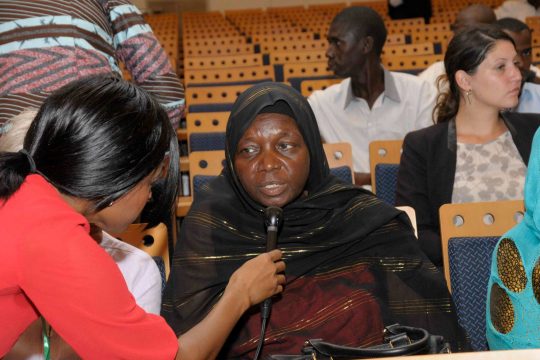 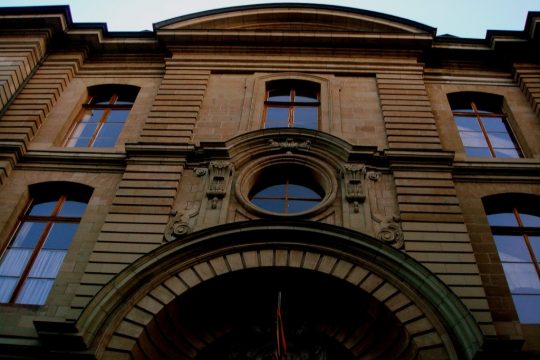