After four months of hesitation, the Monitoring Committee for the northern Mali peace accord seems to be entering a decisive phase. In its fifth meeting due to start early this week in Bamako, the various parties and the mediation will discuss setting up joint patrols “very soon” to secure the North.

This progress was made possible by a series of meetings in the first half of October between the Coordination of Azawad Movements (CMA), a mainly Touareg rebel coalition, and the “Plateforme”, a federation of political/ armed pro-government groups. These direct talks which took place in Anefis after bloody clashes in August have, according to many observers, breathed new life into a peace process in trouble since June.

The joint patrols envisaged by the CMA and the Plateforme are a provision of the Peace and Reconciliation Agreement for Mali. Such patrols could not only reassure people in the North, but also help create a climate of confidence between the armed groups. The launch of these patrols could also facilitate the Malian army’s recently launched anti-terrorist operations in the north and centre of the country.

“These patrols are necessary for the cantonment and disarmament of the armed groups, so as to create a reconstituted national army,” Fahad Ag Almahmoud, one of the Plateforme leaders, told Studio Tamani. “The process will start very soon”.

He says the way has already been smoothed for these joint patrols. “It’s already a given,” he told Tamani. “There is real trust. For more than two weeks now, the CMA and the Plateforme have been travelling hand in hand across the whole territory, in the zones occupied by both. The Plateforme’s men-in-arms have been in Kidal for about a week, and vice-versa. I think the trust is there, and, praise be to God, we are in the process of setting up an operational coordination mechanism.”

“Sleeping together and taking tea together”

“This decision is very important,” says French-Beninese journalist Serge Daniel, a specialist on the Sahel region of Africa. “It’s major step forward. This is important firstly because there are going to be patrols in northern Mali that include the Malian armed forces, pro-government groups and rebels, accompanied by the UN mission. That will reassure the people there, because all the protagonists are included, and it will also help ensure the security of people and property. And finally, it will strengthen the peace deal.”

“I think it is one of the most important steps since the creation of the Monitoring Committee for the Algiers Accord,” Daniel continued. “Trust will be restored, because the armed groups will be obliged to sleep together, make tea together, go and meet the people. This rapprochement will also help isolate the Jihadists. It’s a major step forward for the peace accord.”

As the Monitoring Committee was discussing setting up joint patrols, the newly constituted Truth, Justice and Reconciliation Commission was meeting the press for the first time in Bamako.

Journalists wanted especially to hear from the First Vice-Chairperson of the Commission, Nina Wallet Intalou, who represents the CMA and has in the past been presented as the pasionaria of Touareg independence. “An agreement has been reached,” she said. “I think this accord is for reconciliation between all Malians, so the whole Nation can have lasting peace. And lasting peace can only be built by all the parties, by talking to each other, by accepting each other. I am Malian and I want lasting peace between all the sons and daughters of Mali.”

After long months of negotiations, the Algiers peace accord for Mali was signed by the government on May 15 this year and by the CMA on June 20. It aims to bring lasting peace in the north of the country, a region that has seen several Touareg rebellions since independence from France in 1960. 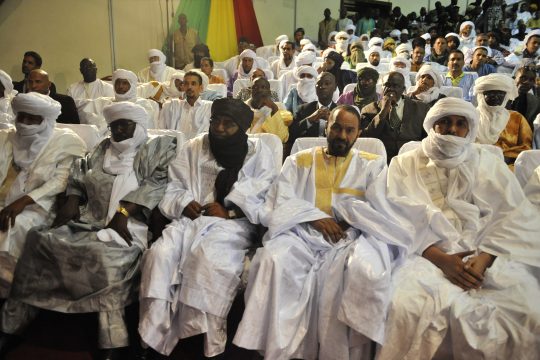 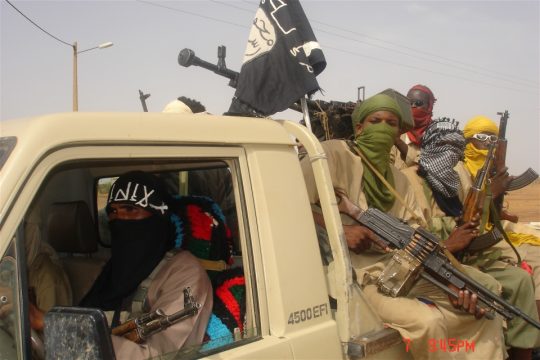