The UN has paid more than half a million dollars to a company on its own sanctions list for allegedly fueling the conflict in Central African Republic through the sale of ‘blood diamonds’, an IRIN investigation reveals.

The Bureau d’Achat de Diamant en Centrafrique (BADICA) was placed on the UN Security Council sanctions listin August 2015 for its role in the diamond trade in CAR.

The UN accuses the company of funding one of two major militias in CAR, known as the Séléka, by purchasing diamonds from Séléka-controlled mines, which were then smuggled out of the country to BADICA’s sister company, KARDIAM, in Antwerp, Belgium.

And yet the UN’s stabilisation mission in CAR, whose mandate includes the disarmament and demobilisation of fighters, has a base on land owned by BADICA.

In an official response to IRIN, the UN department of peacekeeping confirmed that it holds a leasing contract with BADICA for premises in the capital Bangui. In a written response, a spokesperson said all rent paid to BADICA goes into a frozen account, which is monitored by CAR authorities. A UN payment of rent arrears to the BADICA Ecobank account was authorised in June, suggesting payments were held back for several months.

BADICA disputes the sanctions listing and has launched a legal challenge to its enforcement in the European Union, which is obliged to implement UN sanctions rulings. A person answering the telephone at KARDIAM’s office in Belgium declined to comment and efforts to contact BADICA in CAR were unsuccessful.

The UN says it has attempted to find alternative premises since BADICA’s listing, but without success.

“No other site in Bangui meets the mission’s needs,” the UN spokesperson told IRIN. “The BADICA premises are unique in their size and their ability to accommodate the BJTF (Bangui Joint Task Force).”

The UN mission, known as MINUSCA, currently consists of nearly 13,000 uniformed personnel. It was set up in 2014 following the overthrow of President François Bozizé by Séléka rebels in 2013 with a mandate to protect civilians, promote human rights and support the political transition process.

The sanctions, authorised by the UN Security Council, ban international trade and transactions and have global force. All of the company’s financial assets and economic resources are frozen and no further money can be transferred to the company by any individuals or entities. UN procurement rules specifically exclude companies on the sanctions list.

Pre-existing contracts with sanctioned firms can, however, continue under certain circumstances, according to Security Council resolutions. The spokesperson said the BADICA contract, as it began before the listing, was allowable under the terms of the sanctions resolution. The UN’s peacekeeping department says it has notified the Security Council sanctions committee and a panel of experts that advises on sanctions-related issues for the Central African Republic.

The UN has twice amended its contract with BADICA, originally signed on 1 November 2013. The current extension continues until the end of October 2016, and the monthly payments have increased from five to six million FCFA ($10,200) per month, according to the UN statement to IRIN.

“The mission is continuing to make all efforts to explore and identify alternative premises,” the statement continued.

BADICA is part of the Antwerp-based group Groupe Abdoulkarim, headed by businessman Abdoulkarim Dan Azoumi, who lives in Belgium. The group also includes Minair, an aviation company, and Sofia-TP, a transport firm, listed as “branches” of BADICA in the UN sanctions list. 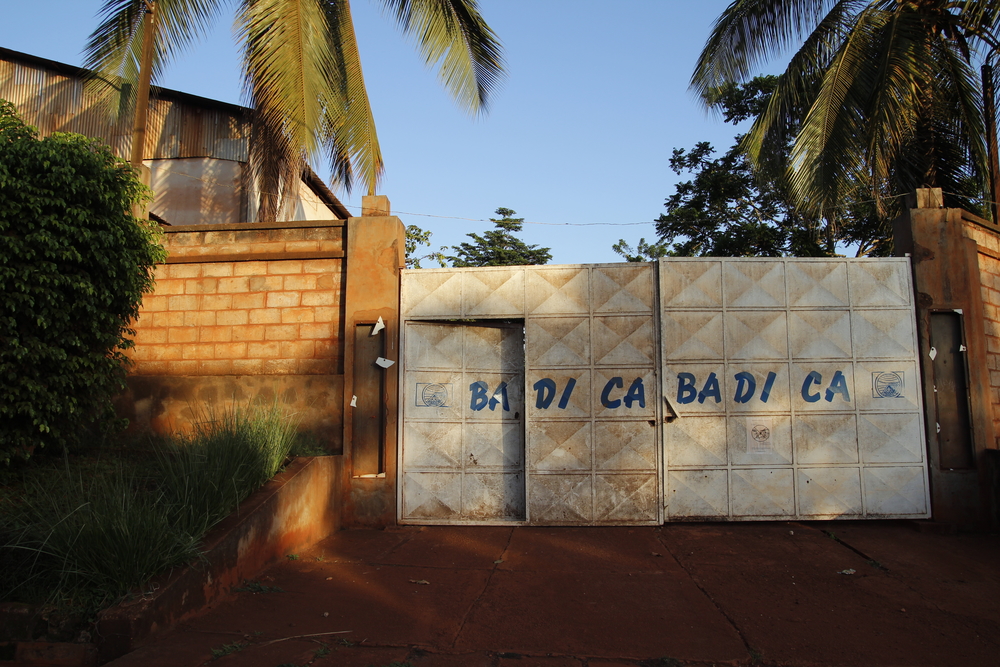 IRIN’s examination of UN procurement data also revealed  a UN contract with Sofia-TP for “transport and cargo services” in 2014.

Through both the leasing contract with BADICA and the contract with Sofia-TP, the UN had paid a total of $495,571 to Groupe Abdoulkarim by the end of 2015, whilst condemning one of its companies for its role in funding Séléka rebels through the diamond trade. Rent due in 2016 would increase the total to over $550,000.

The UN listing states: “BADICA/KARDIAM has provided support for armed groups in the Central African Republic, namely former Séléka and anti-balaka, through the illicit exploitation and trade of natural resources, including diamonds and gold.”

"These recent findings that reveal financial deals made between the UN peacekeeping mission in CAR and BADICA authorised by the UN security council reflects the failure of the international community to address the financing of the armed conflicts in CAR," says Nathalia Dukhan from the Enough Project, a campaign which aims to end genocide and mass atrocities in Africa.

A new report for the UN Security Council on the conflict in CAR draws a picture of continued arms smuggling, militia activity, illicit exploitation of natural resources and an upsurge in conflict as well as abuses and displacement of civilians.

Following the overthrow of Bozizé in 2013, a number of diamond mines in CAR fell under the control of the country’s Séléka militia, an alliance of mainly Muslim armed factions.

The illegal “taxes” imposed on the mines by the militia led to the country being excluded from the Kimberley Process, a global initiative aimed at stopping the international trade of ‘blood diamonds’, meaning that companies like BADICA could not legally export any diamonds.

Rough diamonds exported from a state participating in the Kimberley Process must come with a certificate confirming that they are not ‘conflict diamonds’.

Despite being rich in natural resources, CAR remains one of the poorest countries in the world. Before a 2013  ban on the flow of conflict diamonds, they were a key export. At their peak in 2006, the value of diamond exports reached $70 million.

BADICA was sanctioned after officials in Antwerp, Belgium seized a parcel sent to its sister company KARDIAM. It contained rough diamonds that the Panel of Experts deemed likely to have originated from CAR despite the Kimberley Process ban. The company, in a letter to the UN, disputed the assertion that BADICA was behind the parcel seized in Antwerp, which had transited through Dubai, and questions whether the diamonds even came from CAR in the first place. 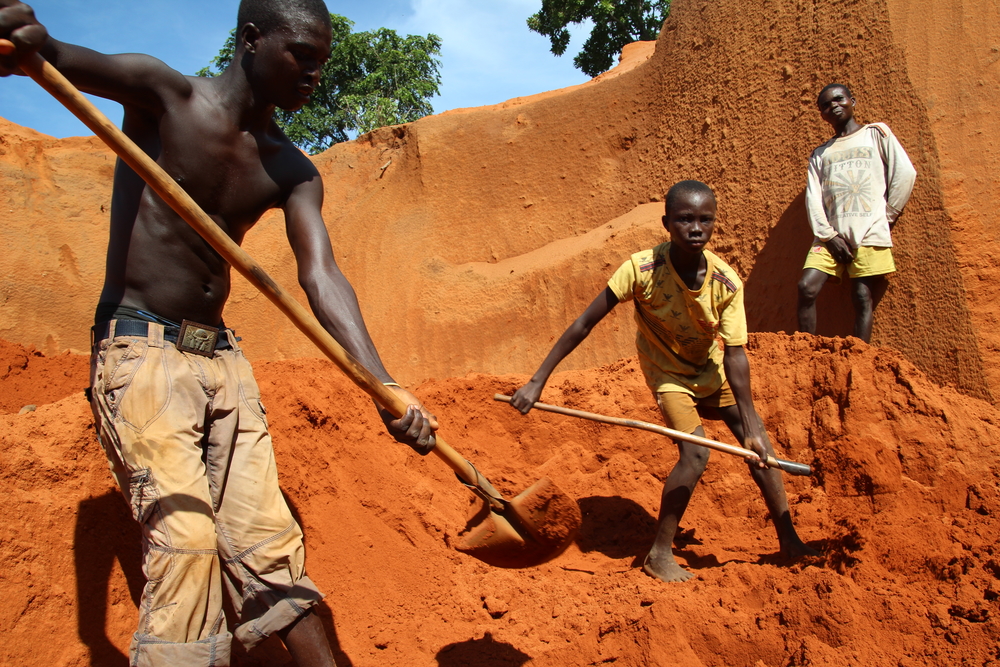 In May 2015, children as young as 11 were engaged in diamond mining (Amnesty International)

However, the latest report from the UN’s Panel of Experts suggests the export ban has been lifted prematurely.

According to the Kimberley Process rules, to ensure that diamonds are not fueling conflict, there must be government control, an absence of armed groups in mining areas and freedom of movement. The Panel of Experts argues that freedom of movement is still limited and militia have a stake in diamond production and trade.

While Global Witness does not advocate for the blanket ban, for Gibb, the credibility of any resumed trade rests on consistent on-the-ground monitoring and a broad assessment of conditions in compliant zones.

“If the same abuses, corruption, and looting are again allowed to take root in CAR’s resource sectors, they will continue to undermine peace and stability, as they have throughout the country’s troubled history,” he said.

This article was first published by Irinnews.org