On September 15, the Prosecutor of the International Criminal Court (ICC) issued a policy document on case selection which included for the first time a focus on land-grabbing and environmental crimes in "peace" time. This comes after law firm Global Diligence asked the Prosecutor in 2014 to investigate land grabs in Cambodia as a crime against humanity. If the ICC takes up the case, this could not only serve as a precedent for other countries but send a warning to private investors on the way they do business in developing countries.

"The case involves massive land-grabbing and the associated crimes of forcible transfer of population, illegal imprisonment and sometimes murders committed by the ruling elite against Cambodian civilians," explained British lawyer Richard Rogers of Global Diligence. "This has been going on for the last 15 or 20 years”, he adds, stressing that the widespread and systematic nature of the crimes amounts to crimes against humanity.

The ICC prosecution's new policy document states that it will now give particular consideration to prosecuting Rome Statute crimes (genocide, crimes against humanity and war crimes) "that are committed by means of, or that result in, inter alia, the destruction of the environment, the illegal exploitation of natural resources or the illegal dispossession of land". So Rogers calls on the ICC to now take up the Cambodia case. "It is very important that the ICC does something about Cambodia now, because the situation is getting worse, not better,” he told JusticeInfo. “So there's a real opportunity for the ICC to do something in Cambodia in particular, before it spirals out of control, and also in relation to some other countries that suffer from a massive land-grabbing frenzy."

Rogers says action by the ICC is urgently needed because no fair justice can be expected from the elite in power in Cambodia, whose members are involved in these crimes. "The perpetrators of these crimes, namely the ruling elite, also control the legal system, and so there's absolutely no chance that those who are responsible for the crimes are going to be tried in Cambodian courts,” he told JusticeInfo. Cambodia is a States Party (member) of the ICC, and would be under an obligation (at least theoretical) to cooperate if the Court takes up the case.

"We think the case is a good one for the ICC, not only because the evidence is strong, but also because the number of victims is so high," Rogers told JusticeInfo. "Over the last 15 years there have been around 850,000 people adversely affected by land conflicts in Cambodia. Not all of them have been forcibly evicted from their land or from their homes, but we think that about three to four hundred thousand of them have been. So 3-400,000 potential victims of a crime against humanity, based on the underlying crime of forcible transfer of population, is a very big figure."

NGO Global Witness has also investigated in Cambodia. "You have State security forces guarding private concessions and punishing communities that dare to protest, and you have communities losing their land," Global Witness Senior Communications Advisor Alice Harrison told JusticeInfo. "They'll have relied on a piece of land for generations but won't actually have hard titles for that land. That problem is particularly difficult in Cambodia because the Khmer Rouge abolished all private land ownership, destroyed the records and then moved the entire population around. You have communities who'll just wake up one morning and where they used to have land or forest that they relied upon to sustain themselves and their families, there'll just be a bulldozer clearing it."

If the ICC takes up the case, it could not only set a precedent in legal terms and for possible cases in other countries, but also send a strong message to perpetrators, including private operators, notably to Western companies “who want to invest in countries that have land-grabbing issues," says Rogers. "Now there's a serious risk that those companies could become complicit in crimes against humanity if they are not careful, and so it is extremely important for those companies to do an enhanced due diligence check, to make sure that their operations and their investments do not somehow aid and abet these types of crimes."

Harrison shares Rogers’ view. "It will no longer be acceptable to say we don't really understand land issues but they're not that serious so we're not that bothered about it. And that includes the major banks, many of whom have been exposed numerous times for financing land-grabbing. So it will go all the way up the investment chain and then down the supply chain to the companies buying the agricultural products - be they food companies or, for example, tyre companies relying on rubber grown on land that has been grabbed from local communities."

"As the world's natural resources run out, and land is bought up, we are seeing that the battle to control, access and profit from these resources is intensifying," around the world, stresses Harrison of Global Witness. "You now have a situation where, in 2015, more than three people a week (globally) were killed protecting land and forests, and these people are being left on the frontlines of protecting our planet. Until now, the international criminal justice system hasn't offered them any protection, hasn't offered the ever growing number of victims of these crimes any chance of accountability or justice in terms of prosecuting the perpetrators. “It's a huge problem across the world,” she told JusticeInfo, “but particularly in poorer countries, where the governance systems are just not able to implement the existing laws." 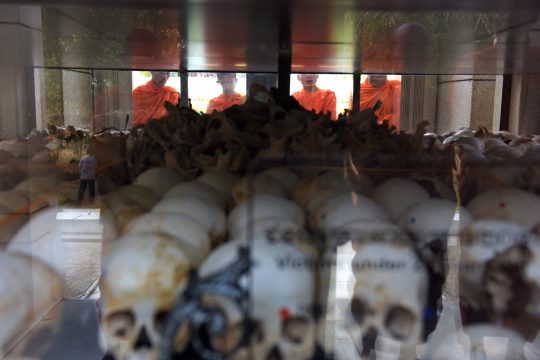 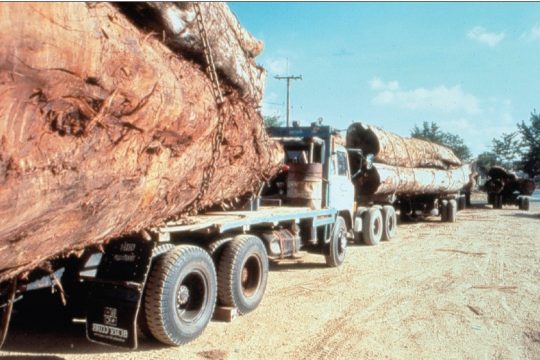