In a resolution adopted in a single reading on October 6, the European Parliament condemns politically motivated trials and attacks on freedom of expression in Rwanda. The Euro MPS called for a revision of the trial of leading opponent Victoire Ingabire, who was sentenced to 15 years in jail. They also urged the Rwandan authorities to ensure peaceful, credible and transparent elections in 2017 and to engage with the opposition in the run-up to these elections.

Before condemning, appealing and raising the alarm, the European Parliament first noted significant socio-economic progress in Rwanda, one of the “few African countries playing a leading role in the achievement of the MDGs” (Millenium Development Goals). The European Parliament in Strasbourg, which sent a mission to Rwanda in September, hailed Rwanda’s strong economic growth which has been accompanied by “substantial improvements in living standards”.

Nevertheless, it says in the resolution that “the human rights situation, in particular as regards political participation and freedom of expression in Rwanda, remains worrying, while independent civil society is still very weak”. It “strongly condemns politically motivated trials, the prosecution of political opponents and the prejudging of the outcome of the trial” and “urges the Government of Rwanda to extend economic and social achievements to the field of human rights in order to fully move towards a modern and inclusive democracy”.

Jailed for “terrorism” and “genocide denial”

The resolution gives particular attention to the case of opposition figure Victoire Ingabire, who was sentenced to 15 years in jail and whose prison conditions are said to have been worsening since April. This mother of three, now 50, was in the Netherlands at the time of the 1994 genocide and returned to Rwanda in January 2010 hoping to get her Unified Democratic Forces (UDF) party, founded in exile, registered for the presidential elections. Her party has still not been recognized by the authorities. Even worse, she was arrested and convicted for "conspiracy against the country through terrorism and war", "genocide denial" and propagating rumours to incite public violence.  After exhausting all appeal procedures in Rwanda, her lawyers went to the African Court on Human and People’s Rights in 2015. But a few days before the hearing last March, Rwanda withdrew its declaration accepting the jurisdiction of the African Court in cases filed directly by individuals and NGOs.

The European Parliament said it “believes that the appeal process conducted in Rwanda did not meet international standards, including Ms Ingabire's right to presumption of innocence” and that “Rwanda's withdrawal in March 2016 from the jurisdiction of the African Court on Human and Peoples' Rights (ACHPR) just a few days prior to the hearing of the appeal case by Ms Ingabire is circumstantial”.  The Parliament therefore "calls for a prompt and impartial review of Ms Ingabire's case, based on facts, in accordance with the law and without any restrictions, improper influences, pressures or threats; calls for Victoire Ingabire's rights, including her access to legal representation and adequate food and treatment, to be upheld in prison”.

More widely, the resolution "Condemns any acts of intimidation, arrests, detentions and prosecutions of opposition party leaders, members and activists, as well as journalists and other perceived critics of the Rwandan Government, solely for expressing their views". The Euro MPs urge the Rwandan authorities “immediately to release all individuals and other activists detained or convicted solely for exercising their right to freedom of expression”.  The resolution mentions in particular retired general Franck Rusagara, sentenced in April to 20 years in prison for inciting insurrection, and well known Rwandan singer Kizito Mihigo, who was last year sentenced to 10 years for plotting against the government.

With regard to presidential elections scheduled for next year, the European Parliament “urges the Rwandan authorities to ensure peaceful, credible and transparent elections in 2017 and calls on the government to engage with the opposition in the run-up to these elections; expresses its support for a long-term EU electoral observation mission for the 2017 presidential elections, with a focus on the political space and fundamental freedoms”. It does not go as far as calling for sanctions but “asks the Commission to continue to evaluate EU support to Rwandan government institutions on a regular basis, in order to ensure that this support fully promotes human rights, freedom of expression and association, political pluralism and independent civil society”. 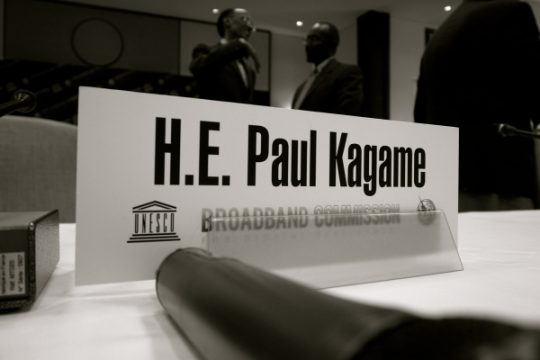 Rwanda turns the clock back on access to justice

Rwanda: Locking Up the Poor 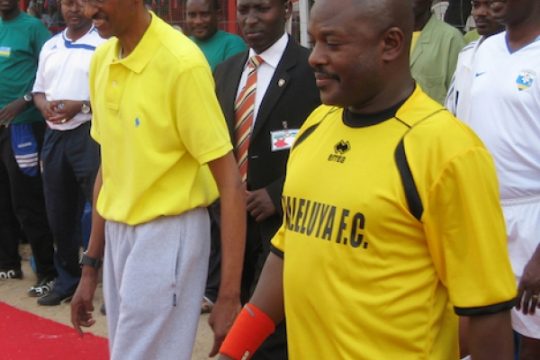