At the end of October 2014, mass demonstrations spread like wildfire through the towns of Burkina Faso. They were in protest at a planned change to the Constitution aimed at allowing President Blaise Compaoré to run for a fifth term. Faced with the unprecedented determination of the people, Compaoré finally stepped down after 27 years in power, leaving some 30 protesters shot dead at the hands his security forces. Two years later, several local organizations are calling for justice, not only for the “heroes” of the 2014 uprising but also victims of the resistance to the September 2015 attempted coup against the transition institutions.

To mark the 2014 uprising, five days of commemorations were organized in Burkina Faso, some of which focussed on the role played by particular groups like women, youth and artists in ousting Compaoré. On October 30, new president Roch Marc Kaboré also met with representatives of victims’ families. He assured them of the government’s continuing assistance to widows, orphans and injured of the October 2014 uprising and failed coup of September 2015. During this meeting at the presidential palace, Kaboré also tried to reassure his fellow citizens, who want justice to be done, as well as this promised material support. “Whatever we may be able to do on the material front, no amount of money can bring someone back to life or compensate for the loss of a loved one,” the President said. “Whilst respecting the independence of the judiciary, we must make sure that justice is done and that those who are entitled get their rights.” Kaboré also said that justice should come before any reconciliation process.  “I have said that we cannot approach reconciliation whilst stepping over the dead. Reconciliation can only happen if we can create a situation in which we have truth and justice, after which we can see how to move towards national reconciliation.”

But some civil society associations in the country say these are just words. In a declaration on the occasion of the second anniversary of the October 30 and 31, 2014 popular uprising, a coalition of eight Burkina Faso organizations complain that calls for the army to be reorganized and de-politicized have gone unheeded. These associations include the well-known Balai citoyen, which was in the forefront of the protests. These organizations stress “certain complicities within the military hierarchy” in the failed September 2015 coup attempt, and accuse the current leaders of keeping in place senior officers “who were passive or complicit in destabilization of the country” in September 2015. The coalition sees this as a “failure to act, a betrayal which has widened splits within the military and therefore complicated its operational aspect because part of the illegitimate military at the top cannot be trusted by the men”.  “In addition, by launching and feeding a false debate on reconciliation, the political class (majority and opposition) is really trying to betray the people by ensuring impunity for the putsch in judicial cases related to the popular uprising,” the signatories further allege. “For us there can be no acceptable and lasting reconciliation without truth and justice” on killings and economic crimes. They accuse the current authorities of “fiddling” in the case of the failed September 2015 coup, as well as longstanding cases on the assassination of President Thomas Sankara (1987) and journalist Norbert  Zongo (1998). In mid-September, it was the Burkina Movement of Human and People’s Rights (MBDHP), seen as the country’s main human rights group, that sounded the alarm at a press conference. “A thick, dark veil of impunity still continues to cover many cases related to murders and economic crimes,” declared MBDHP president Chrysogone Zougmoré. He said the development of cases related to the events of October 2014 and September 2015 was “mixed to say the least” and he slammed “the attitude of our leaders, which is certainly suspect”. As for the cases of Thomas Sankara and Norbert Zongo, he stressed that “the people are still waiting to see those who ordered and carried out their assassinations tried and convicted”.

Two weeks later, High Court of Justice (HCJ) Prosecutor Armand Ouédraogo announced to the press that 24 of the 33 ministers in the last government of Blaise Compaoré had been questioned and charged as part of investigations on the October 2014 uprising, during which some 30 demonstrators were killed by security forces. He said they had not yet been able to question the Defence Minister at the time, who is none other than Compaoré, now in exile in Côte d’Ivoire. The Prosecutor stressed, however, that it was not possible to charge Blaise Compaoré with “high treason” and “undermining the Constitution”, as requested by Parliament, because these charges are not provided for in the laws of the country.

Blaise Compaoré is also sought by the country’s judicial authorities in connection with the case concerning the assassination of his friend and predecessor Thomas Sankara on October 15,1987. He has been formally charged with murder and concealing bodies. Compaoré’s long reign is also stained with the December 1998 murder of investigative journalist Norbert Zongo. François, the brother of Blaise Compaoré, is suspected of being the main person to order the killing of Norbert Zongo and his three companions. National and international human rights groups accuse Compaoré of having blocked both investigations. 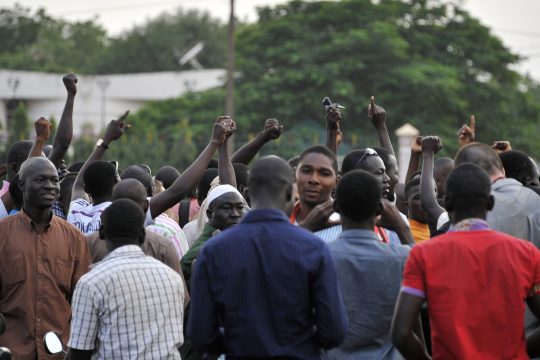 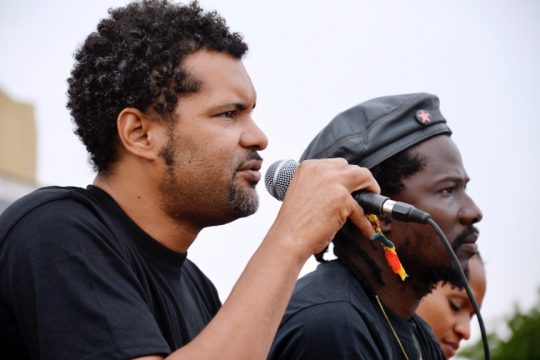 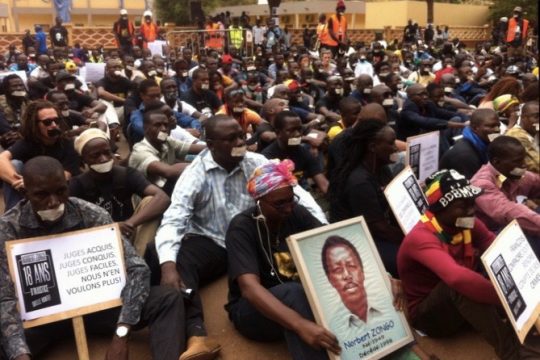