In a pastoral letter read out on November 20 in most Rwandan churches, the bishops of nine dioceses in the country asked forgiveness for all “people of the Church and Christians” implicated in the Rwandan genocide of 1994. The nine prelates nevertheless stress that the Church “did not send anyone” to commit genocide. The Rwandan government called the statement “profoundly inadequate”, and urged an apology from the Vatican.

“Given the scale of the crimes, there is ample justification for an apology from the Vatican,” says a Rwandan government statement. “As they apologise on behalf of a few unnamed individuals, the bishops appear to take the extraordinary step of exonerating the Catholic Church as a whole for any culpability in connection with the Genocide,” it says. “Everything in the historical record contradicts this divisive claim.”

Rwanda’s Catholic Church has already presented similar excuses on the occasion of its 100-year anniversary celebration in 2000.

Monsignor Philippe Rukamba, bishop of Butare and president of the Rwandan Episcopal Conference, further explained after publication of the pastoral letter that the Church was asking forgiveness for Christians, lay people or ordained people who were implicated in the genocide, but that “the Church did not participate in the genocide”.

During the genocide from April to July 1994, thousands of ethnic Tutsis were killed in Catholic churches, where they had fled in the hope of finding safety.

Numerous priests, nuns and churchmen have been tried, notably by Rwandan and Belgian courts and the International Criminal Tribunal for Rwanda (ICTR) for their alleged role in the Rwandan genocide.

Some were acquitted, whilst others were found guilty of having delivered persecuted Tutsis into the hands of their killers.

The most senior leader in the Catholic Church tried in connection with the genocide, the late Bishop of Gikongoro (western Rwanda) Augustin Misago, was acquitted and freed from jail in June 2000.

“Priests but not pastors”

In the Rwandan government’s view, the “profound inadequacy” of the excuses presented on November 20 “only serves to highlight how far the Catholic Church still remains from a full and honest reckoning with its moral and legal responsibilities”.

The current Rwandan government accuses the Catholic Church not only of abandoning the Tutsis in 1994, but also of having played a leading role in the spread of a colonial ideology that culminated in the genocide of Tutsis.

That heavy accusation was repeated by President Paul Kagame during commemorations for the 20th anniversary of the genocide in April 2014.

This is a view shared by some Catholic priests, especially Tutsi ones, some of whom have started to express it publicly, at the risk of entering into conflict with their hierarchy.

For example, in a book published in 2008 entitled “The Great Lakes region and the Vatican, scandals and genocide ideologies in the Catholic hierarchy”, former priest Jean Ndorimana accuses the Catholic clergy of having played an active part in Rwandan politics during the colonial period, at Independence, during the first years of the Republic and finally during the 1994 genocide, during which nearly a million mostly Tutsi people were killed in 100 days.

This former minister in the southwestern diocese of Cyangugu calls on the Vatican to offer a public apology, not only to Rwandans but to the whole world because, he says, it has a moral responsibility given the fact that more than half the victims were massacred in churches.

“The Rwandan Church had priests but lacked pastors,” says the former priest, who has now left the Orders and is doing charity work.

A week after it was read out in churches, this new demand for forgiveness is still making headlines in the Rwandan press. The media have given no rest to the president of the Episcopal Conference, Mgr Philippe Rukamba. When he was interviewed on Isango Star, a private radio broadcasting from Kigali, Rukamba again rejected the responsibility of the Church as an institution, saying only that “as well as individual responsibilities, we have the responsibility of a parent that has brought a child up badly”. Given the profound disagreement that remains between the Church and the Rwandan government, Rukamba advocates dialogue. “We will have a dialogue with the State,” he says. “We are not in conflict with the State. It is like in a family. Without dialogue, problems get worse. But if you talk, you can always find a consensus.”

Even if many Rwandans have turned to Evangelical churches since the genocide, the Catholic Church remains the most important in the country, not only in terms of the number of faithful but also its socio-economic activities. It still owns many schools, universities, hospitals, hotel structures and financial institutions that are appreciated by the public. 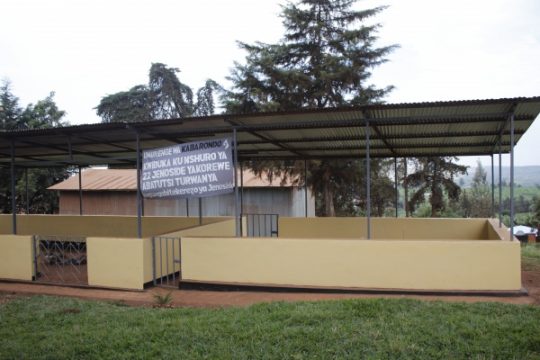 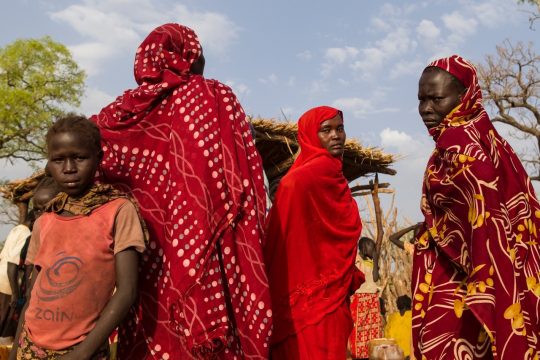 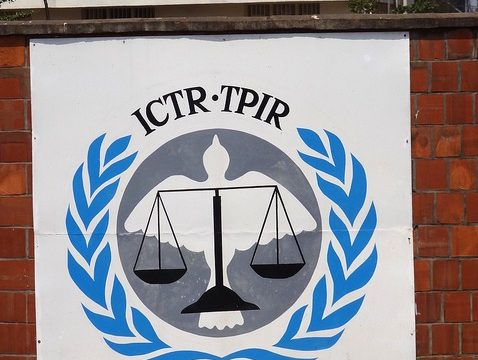