The international community has established memorialization as a key transitional justice mechanism that holds symbolic value for societies recovering from conflict. As such, memorial efforts can help victims feel a sense of validation by the post-conflict community by recognizing and symbolically redressing the harms they suffered (Hamber et al. 2010).

According to a key report about violence in Northern Uganda published by the International Center for Transitional Justice (ICTJ), “memorials are intended to preserve memories of people or events. Many are designed to promote a specific political or spiritual narrative, though individual experiences of them will vary.” Symbolic justice efforts are often overlooked in transitional justice practice, especially in the legalistic paradigm, which prevails in the international community. When experts focus on legal justice—international tribunals, ad hoc courts, or the International Criminal Court (ICC) — they often lose sight of the core values that make transitional justice unique, namely those symbolic efforts, which create a holistic justice process for victims of extraordinary violence (Drumbl 2000). According to leading reparations scholar Pablo de Greiff, ordinary justice is deemed as inappropriate or insufficient when pursuing justice in extraordinary circumstances. Therefore, symbolic justice becomes one of the most important distinguishing factors between ordinary and transitional justice. It is within this renewed focus on the symbolic that efforts to memorialize become significant, specifically via cultural and context-sensitive means.

As a PhD researcher and independent consultant in the Great Lakes Region, I have recently focused my work in post-genocide Rwanda and post-conflict Northern Uganda. Practitioners and researchers must strive to understand symbolic justice efforts in Rwanda and Uganda through a cultural and context-specific lens. This can help ensure that justice policies created are attentive to the differing needs of each society. For the past six years, I have been working in the field of memorialization, four of these have focused on Rwanda, in the aftermath of the 1994 genocide, which took the lives of 800,000 to one million Tutsis and Hutus civilians. This article and its conclusions are based on two recent projects about memorialization and human rights documentation in Rwanda and Northern Uganda that I participated in during June 2016.

In Rwanda, even 22 years after the genocide, memorialization remains an ever-changing means to achieve justice (Ibreck 2010). After the closing of the ICTR in 2015, there has been a palpable shift from juridical to symbolic justice efforts in Rwanda, with renewed focus on symbolic reparations and justice in the aftermath of the 1994 genocide (Gasake and Lakin 2015).

Northern Uganda, specifically in and around the communities of Gulu and Kitgum, were affected by conflict perpetrated by the Lord’s Resistance Army (LRA), led by the infamous rebel Joseph Kony. A now-satirical video “Kony 2012” even became popular among activists, to raise awareness about the situation, yet in reality these regions still grapple with ways to create effective and holistic justice. Refugee Law Project, an NGO working with the School of Law at Makerere University, states that memory practices in Northern Uganda are not as widespread or detailed as those practices in Rwanda, but this is not due to lack of will or ability. Cultural differences exist in Rwanda and Northern Uganda that affect how local memorialization takes place, specifically regarding burial and reburial of victims. These differences impact the construction and use of memorial sites and spaces. 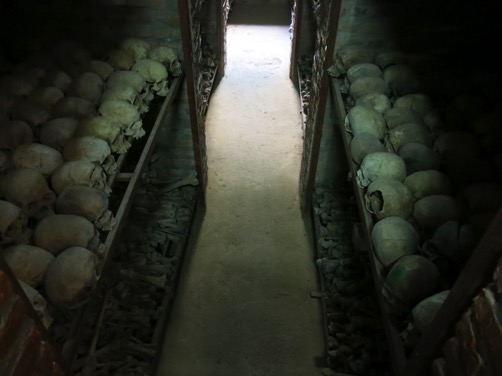 Describing acts of memory in the direct aftermath of violence in Rwanda and Northern Uganda can show how differences in the two situations matter for creating symbolic meaning through memorial activities. Extant literature on transitional justice focuses on a “one size fits all” model for post-atrocity societies; however, treating justice as a unified, easily definable concept misses the opportunity to understand the nuances of different justice mechanisms, and the impact they have in differing national contexts. In Northern Uganda, mass graves have been found and some have been marked. Similarly to Rwanda in the direct aftermath of the genocide, mass graves were both stumbled upon in daily life, and were also searched for and found via word of mouth (Ibreck 2010). Some people held specific knowledge as to where people had been murdered and buried, and in order to gain this information survivors and perpetrators often had to work together to exchange information. This is not often recognized as a means or method of coexistence, yet early on in the transitional periods from conflict to peace, this relationship existed. 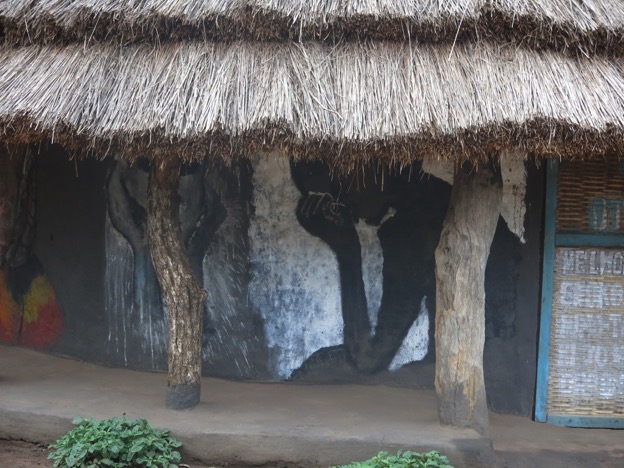 One major difference between Rwanda and Northern Uganda deals with burial. In Northern Uganda, especially in Acholi tribal tradition, victims must be buried at home, and mass graves are considered to be an abomination to the victim who has died; an inappropriate way to bury that undermines respect for the individual and the way they died. Even in extraordinary times of conflict, leaving bodies in mass graves is disrespectful, and removing them to home-based graves via individual burial is culturally preferred. Therefore, this situation excludes the policy option of creating communal memorials on mass gravesites, as occurred in Rwanda. Finally, if the victims are not buried and the traditional ceremonies are not performed for them, they might continue to haunt the family or cause problems within the unsettled family or community. In Northern Uganda the memorial focus has been to remove bodies from mass graves, identify them, and provide individual and traditional burial, while finally marking the location of the mass grave with a cross or other symbolic marker.

In Rwanda, the opposite is true regarding what constitutes respectful burial for victims of genocide. When understanding these two cases as examples of regionally specific, post-atrocity justice, the need for culture and context-specific memorialization rings clear. In 1994, directly after the genocide, survivors who were in or returned to Rwanda were rare to find, and they had to band together to try and deal with the situation of losing nearly entire families and friends from their neighborhoods or villages. Based on interviews I have conducted with genocide survivors paired with accounts in relevant literature, it has been established that survivors within the same local community started to look for their loved ones in churches, public toilets, farming fields, the forest, rivers, and other places. Unexpectedly though, when an individual or small group of survivors found two or three family members, they also found 50, 300, or 1000 other bodies buried or left in the same place. The survivors found these mass graves and had to take care of the bodies on a mass scale, not just family by family. Some buried in their home compounds, but many didn't have the money to provide a proper burial. This is where the idea of the communal memorial site burial was born. They would gather the bodies and put them in a single mass grave, which was often a preexisting mass grave or massacre site during the genocide, bury them there, and mark it with a cross or small house. (Eltringham 2004; Ibreck 2010) 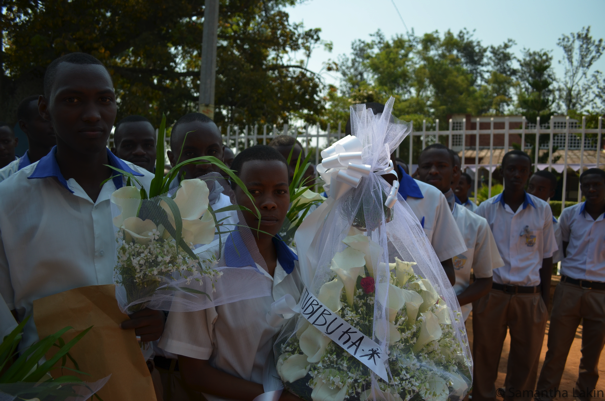 In 1996, Rwanda outlawed burial at home for genocide victims (and all burials), and required that they be buried in communal memorial sites (or cemeteries for non-genocide victims). This was because of the shortage of land for cultivating and farming, health reasons, but also so that these victims could be buried with respect and their human remains protected. Therefore, the collection of bones, clothes, and victims’ personal effects in places where mass graves or massacre sites were found drove the initial burial process, and this in turn became of interest to the government in terms of providing respectful burial to victims, but also preserving genocide memory and factual record.

For Practitioners and Researchers, Culture and Context Must Matter

The two cases of burial in Northern Uganda and Rwanda highlight how memorialization might differ between communities even within the same region. Parsing out the local traditions surrounding death and memorialization in normal times will help shape what transitional and symbolic justice mechanisms are appropriate to recommend in extraordinary times of conflict. This can be difficult to do when practitioners bounce from region to region, and between fields and disciplines, as those of us working in the justice sector often are required or requested to do. This does not exempt us from attempting this work, or from not engaging in difficult issues of memory and justice simply because it's hard to get it right. Instead, it means that we must dedicate our time and energy to recognizing the specificities and nuances of each culture and tradition, finding the necessary information through colleagues, local, and international experts when needed. It is the responsible thing to do. By working together with specialists, researchers, and the local community (often where we can find people who are local AND specialists), we can create the best options in terms of memorial efforts for the societies in which we work. Building these connections between fields and regions, at conferences, through professional partnerships, and through personal relationships can only benefit the pursuit of transitional justice. By taking a collaborative approach we can share the deep knowledge we’ve acquired in order to push traditional boundaries and find a form of justice that works for each society.