The past week was again a sad one for justice. The world was shocked by a succession of violent Islamist attacks in Beirut, Paris and Bamako. In Tunisia the brutal, videotaped throat-slitting of a young shepherd shocked the whole country, while the “intifada of knives” continued to claim victims on both sides of the Israeli-Palestinian conflict.

In all these places, confrontation has replaced dialogue and reconciliation. Ideas of living together are under threat. Rule of law, those rules invented by Man to maintain social cohesion, was the first victim of this violence. In the dilemma between individual freedom and security, security has come out on top, with a state of emergency declared in France, fear and resentment towards refugees, a return of border controls throughout Europe, press freedom under pressure in Tunisia, and the reconciliation process in trouble in Mali.

The effect of shock and fear on the populations concerned may explain these uncompromising reactions but a society cannot protect itself, live and survive behind only fear and weapons. Rebuilding seems distant, or even impossible in such a climate, since history shows a society can only rebuild stability if it is united. And that is a path that needs dedicated work on public justice, on history and remembrance.

This same week marked the 70th anniversary of the Nuremberg trials, “the foundation stone of the fight against impunity and the idea that crimes offending the conscience of humanity must be punished and prevented,” according to Elise Le Gall, a lawyer working at the special court in Senegal trying former Chadian dictator Hissène Habré for crimes against humanity.

The International Criminal Court, which can be seen as distant successor to Nuremberg, meanwhile held its annual Assembly of States Parties. Affairs of the assembly, normally dedicated to budget and administration matters, were overshadowed by Kenya’s moves to free its Deputy President William Ruto, currently on trial for crimes against humanity, from the grip of the ICC.

ICC Prosecutor Fatou Bensouda defended her record, including in Africa, whilst at the same time recognizing her limitations with regard to prosecuting crimes in Syria and Iraq. “As a human rights activist, I do feel frustrated sometimes," she admitted.

Meanwhile in the Democratic Republic of Congo, returning M23 rebels accused of some of the most serious crimes to civilian life is proving difficult. And in the Central African Republic, elections are certainly necessary but are far from being the only thing needed for reconciliation. To be commended is the determination of the ICRC and NGOs to get combatants including non-state armed groups to respect rules of conduct, notably with regard to sexual violence in war.

As the example of Tunisia shows, women are often double victims of the situation in their country and their second-class status in society. This is reflected in poignant testimonies filed since December 2014 with the country’s Truth and Dignity Commission. “The list of abuses against Tunisian women opponents of Ben Ali, or wives, sisters and mothers of opponents is very long,”writes JusticeInfo’s Tunisia correspondent. “They include daily harassment from police entering their homes at any hour of the day or night, deprivation of income, having to bring up children alone, being forced by pressure from the authorities to divorce a loved husband. Women themselves were also jailed, tortured, raped, and then stigmatized by a traditionalist society after time in prison.” 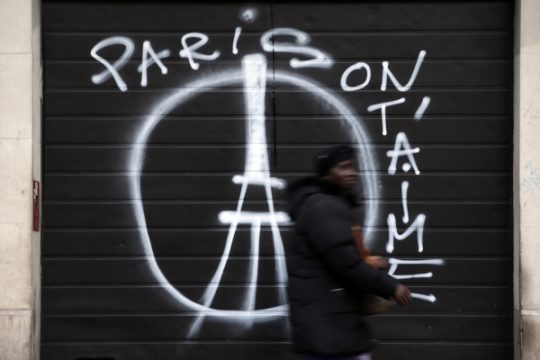 François Sergent, JusticeInfo.Net
All reports from this author
François Sergent was editor-in-chief of Justice Info from its launch in 2015 until the summer of 2018. He has a career in the world of journalism and has been assistant editor of the newspaper Libération. In particular, he held the positions of correspondent in London and Washington, head of the World Service, editor-in-chief. From 2009 to 2013 he is a member of the Thematic Council at the Geneva Film and Human Rights Film Festival (FIFDH). François Sergent studied in Paris where he obtained his degree in Political Science, in Advanced Studies in Economics completed by a degree in History at the Sorbonne.