Said Abu Shakra is a man of convictions and rarely hesitates to realize them. One of his goals is that visitors coming from Tel Aviv do not stop on the road to Haifa just to get some hummus, but that they get lost in the town of Umm-el-Fahem before arriving at his art gallery.

He hopes they will ask their way in the winding streets of this town populated by 50,000 Arabs and so overcome their apprehension of being in hostile territory, even if this municipality is officially part of Israel. Said Abu Shakra explains how the fact of getting lost can be a way for Jews and Arab Israelis to meet each other. “Jewish Israelis are afraid to come here,” he says. “If they get lost, they have to ask for help, to talk to people, and so a dialogue has to start.”

Dialogue is Said Abu Shakra’s big hope. It is not hard to understand. Otherwise, what is the way out of this unsustainable position in which 1.5 million Palestinians with an Israeli passport find themselves, caught between a rock and a hard place? They[PH1]  are perpetual suspects: suspected by their Palestinian brothers in the West Bank and Gaza of collaborating with the Zionist enemy, suspected by the Israeli authorities of being a Palestinian fifth column, an enemy within, and so suspected by all sides of being… on the other side.

So to break the stereotypes, Said Abu Shakra, 60, from a family Palestinian artists, has for two decades been working on a crazy dream to create the first Palestinian museum in Israel. There are many obstacles. Getting the art gallery accepted was already very hard work. The town is politically controlled by the Islamist movement which is suspicious of a gallery that shows contemporary works, whereas its interpretation of Islam forbids the representation of human beings. Part of the Israeli Right dreams of ceding this town, where no Jews live, to the Palestinian Authority in exchange for colonies. Umm-el-Fahem is next to the West Bank and the border would only have to be moved a few kilometres…

Said Abu Shakra believes that culture is a tool for peace. “It is the only possible way out of despair,” he explains in English, although he speaks Hebrew and of course Arabic better. In the 1,500 square metres of the gallery, he has created spaces for children to paint, and pottery workshops for their mothers, who then bring their husbands along. The gallery has gradually become part of the town. In 1999, Yoko Ono, Japanese artist and widow of Beatle John Lennon, came here for an exhibition of her work. Many inhabitants of Umm-el-Fahem were unsettled by her work, which is far from the aesthetic models of a conservative Palestinian society. But the exhibitions continued. Said is now exhibiting Palestinian artists like Gershon Knipsel, a Communist artist of Brazilian Jewish origin who paints large canvases of towns bombed in the 20th century such as Baghdad and Beirut. He is preparing an exhibition in Tel Aviv in February on Palestinian national poet Mahmoud Darwich, whom the current, ultra-Right Israeli Defence Minister Avigdor Lieberman recently compared to Hitler.

But the obsession of Said Abu Shakra is still to open the first Palestinian museum in Israel where he could show the history of this country through the eyes of Palestinians. Many people have told him that he is crazy and that it is mission impossible.

They say everyone is against him, including the Palestinian Authority, which is hostile to any normalization with Israel, the BDS movement, which boycotts Israeli institutions and the people who work with them, the Israeli authorities and the Islamists. But Said, who is fixed on his goal, only listens to his dreams. “I don’t know how I can continue to live if I have to kill my dream,” he says. In 2008, he organized an architecture competition. There is a model of the future museum at the entrance to his gallery. The day after our meeting, Said flew to Los Angeles in search of the 25 million dollars to fund his dream. Part of the funding has already come from a most unexpected source: Miri Regev, an ex-General and former army spokeswoman who is now the most nationalist and reactionary Culture Minister in Israel’s history. That is enough to fuel a plethora of speculation. Won’t Said Abu Shakra be politically manipulated? Won’t he become a kind of cultural alibi for the Israeli government?

And Said takes the visitor to the archives he is building with his team: hundreds of photos and dozens of videos in which old Palestinians talk about their past. They tell of the humiliation of 1948 when the people of Umm-el-Fahem were conquered by the soldiers of the new State of Israel; how the town’s representatives, their eyes downcast, had to accept defeat before an Israeli officer and agree under force to accept Israeli law, to see the flag with the blue and white Star of David raised over their town.

Said Abu Shakra does not talk to Israeli visitors about the Nakbah (forced exile of Palestinians in 1948). “I talk about my mother Myriam, born in the village of Lajoum on which Meggido kibboutz was built, and of what she experienced,” he says. “Of how she placed food in a corner of the kitchen and covered it with a cloth because she thought she would be returning within 48 hours. But she was never able to. Visitors connect with this story emotionally. Through this story they no longer think about 1.5 million Palestinians with an Israeli passport as a threat. They listen to the story of Myriam.” 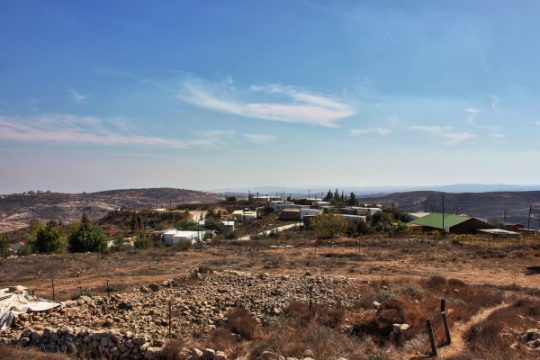 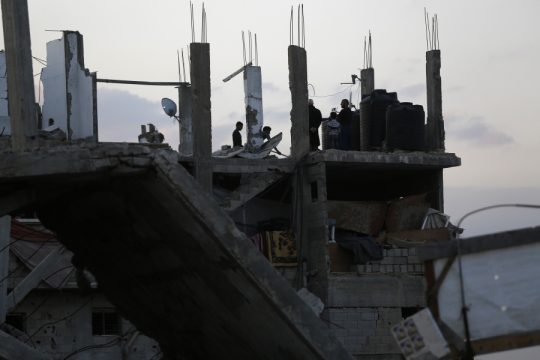 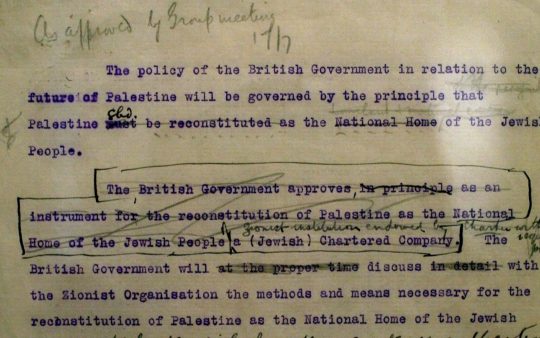 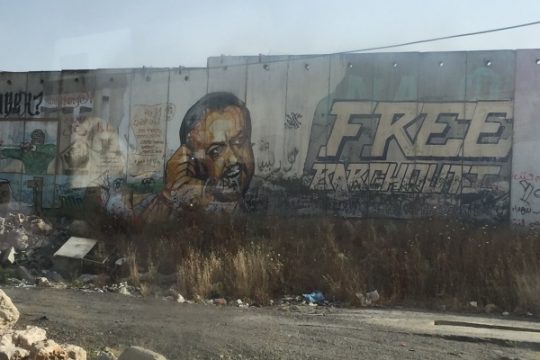