For four months, the Mechanism for International Criminal Tribunals (MICT) has been trying to obtain the release of one of its judges, Judge Aydin Sefa Akay, who was  detained in Turkish government purges. The judge, who was appointed by the UN, has diplomatic immunity. Turkish authorities were summoned to The Hague for a hearing on January 17 but failed to attend.

It was with apparent indifference that Ankara met the summons of the MICT, the UN body charged with handling residual matters of the ad hoc tribunals for former Yugoslavia and Rwanda. The Turkish authorities, who had been summoned to explain why Aydin Sefa Akay has been detained since September 21, did not show up.  Judge Akay, a former diplomat, is among some 41,000 people arrested in purges that followed an attempted coup in Turkey in July 2016. In the last few weeks, Turkey has simply returned to sender its summons notices from the Hague-based MICT. In November, MICT President Theodor Meron questioned Turkey before the United Nations General Assembly, delivering a reminder that Judge Akay has diplomatic immunity. The response was sharp. “UN functional immunity cannot be used and abused as a pretext to develop or promote a culture of impunity,” replied the Turkish delegate. “Nobody is above the law, to suggest otherwise is wrong.”  He suggested that another judge should be assigned to the case of former Rwandan minister Augustin Ngirabatware, and accused Judge Meron of having “chosen solidarity with a colleague”.

Judge Akay was sitting on the Ngirabatware case, which has been suspended since his arrest. Ngirabatware, former Planning Minister in the interim government that presided over the Rwandan genocide, was convicted for genocide and sentenced on appeal to 30 years in jail. But in early July 2016, he filed a motion for a trial review on the basis of alleged new facts. He also asked that he be granted provisional release in the meantime. This is what his lawyer Peter Robinson pleaded during the January 17 hearing. Robinson told the court how he got on his bike early in the morning to deliver the MICT summons to the Turkish embassy in person, but they refused to take it.

The Californian lawyer reminded the court that he was defending Ngirabatware pro bono. He said he had funded an investigator himself, as well as going to Uganda and the region. Robinson claimed that he now has evidence of his client’s innocence. “He has been in prison for nine months for crimes he never committed,” the lawyer told Judge Meron. Robinson asked the court to order that Turkey release Judge Akay within 48 hours. But prosecutor Michelle Jarvis argued that another judge should be assigned for Ngirabatware, and that Judge Akay should be put on another case. She argued that an order to Turkey would not necessarily resolve the situation, that her proposed solution would allow Judge Akay to keep his diplomatic immunity and would not influence the course of justice.

The issue needs to be tackled more widely, argues Peter Robinson. “If a State can arrest a judge and have him replaced by arresting him, judges will be subject to State restrictions,” he said. “Judges need to be completely independent, which is why they have been given immunity.  Turkey must free Judge Akay, and you should approve the provisional release of Augustin Ngirabatware in the meantime.”

MICT President Meron was not convinced by the prosecutor. “The most important issue is the fundamental thing which gives our tribunal credibility, and that is the independence of justice,” he said. The prosecution asked for a postponement of any decision on granting Ngirabatware provisional release. Meron then disclosed that in a confidential letter Tanzania, where the accused is in jail, has said it is opposed to his liberation on Tanzanian territory. 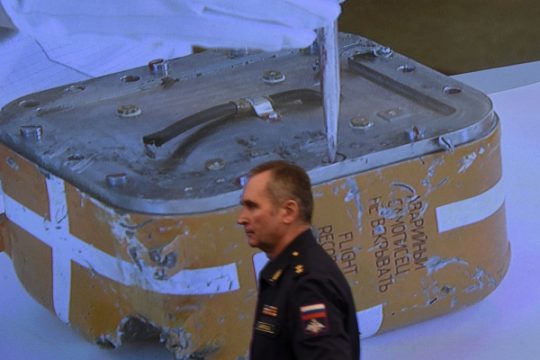 Armenian 'genocide': the disputed massacres of 1915-17
Most read