The name of Ramush Haradinaj is again on the lips of European diplomats. This former nightclub bouncer was head of the Kosovo Liberation Army (KLA) during the war with Serbia in 1998. Emerging victorious from the war, he was seen as a hero of the resistance and an ally of the international community that wanted a stable Kosovo. He was also tried and twice acquitted by the International Criminal Tribunal for the former Yugoslavia (ICTY). But on January 4, 2017, he was arrested at Bâle-Mulhouse airport in France, on the basis of an arrest warrant from Serbia, which wants him extradited. Europe is holding its breath as it awaits an upcoming decision by the Appeals Court of Colmar.

Paris claims the case is “not political and does not change France’s policy and support for reconciliation in the region and dialogue between Belgrade and Pristina”. And on January 12, Haradinaj was granted provisional release, pending a decision by the Colmar appeals court. But the rather cautious Foreign Affairs Ministry Press Release, which says France was “one of the first countries to recognize Kosovo in 2008” and that his arrest at Bâle-Mulhouse airport was an “automatic” response to an Interpol request, does not convince Haradinaj. “It is a violation of the rights of a person who has fulfilled all his obligations to national and international justice,” he protested in an interview with Agence France-Presse (AFP) on January 25.

Twice acquitted by the ICTY

Twelve years ago, Ramush Haradinaj did indeed go along with international justice, handing himself over to the International Criminal Tribunal for the former Yugoslavia (ICTY) 100 days after being appointed Prime Minister. The ICTY had charged him with crimes committed mainly in his fief Dukagjin, west of the capital Pristina, against Serb civilians, Roms and Albanians perceived as Serb collaborators. There was some opposition to indicting him at the Office of the Prosecutor in The Hague, led by Carla Del Ponte. For example, prosecutor Geoffrey Nice admitted that the evidence did not seem strong enough to get a conviction. Del Ponte is said to have insisted, since she wanted leverage to help her obtain the extradition of suspects protected by Belgrade. Haradinaj and his two co-accused were tried and retried on appeal. They were acquitted (twice) by the ICTY in The Hague.

Serbia “not giving up”

International justice decided when it acquitted Ramush Haradinaj in November 2012. But with the closure of the ICTY announced (again) for 2017, history is likely to recall its inability to deliver justice for the victims of abuses committed against tens of thousands of Serbs and Roms forced to flee during the conflict. The acquittal of Croat former general Ante Gotovina in that same month of November 2012, also drew anger from Belgrade which accuses the UN tribunal of bias. So now several people in the Serbian Justice and Foreign Affairs ministries have announced that it will not give up its extradition request for Haradinaj. “We believe the European Union has principles and that prosecuting war crimes is one of them,” says the foreign affairs ministry, expressing its “confidence” that “France adheres to such values”.

According to Justice Minister Nela Kuburovic, Serbia is not asking to try Haradinaj for the same crimes as those of which he was acquitted in The Hague. She says the indictment covers crimes allegedly committed in 1999, whereas the ICTY tried him for crimes committed between March and September 1998. According to the minister, Serbia’s special war crimes prosecutor has investigated, gathered new evidence and some 30 witness testimonies against Haradinaj. Kuburovic made these statements at a press conference on January 13, reported the private Serbian radio B92. Another difficulty for the French court, which the minister did not mention, lies in the fact that Belgrade does not recognize Kosovo and considers Haradinaj to be one of its citizens, whereas Paris considers him a citizen of Kosovo and stresses that he has the consular protection of Kosovo.

This comes as the creation of a special tribunal for war crimes committed in Kosovo has been announced for this year in The Hague, as a result of joint diplomatic pressure from the United States and European Union. Kosovo’s current Prime Minister Hashim Thaci sees it as a “humiliation and an injustice”. Thaci was fingered as the leader of a criminal group – involved in human organ trafficking, among other things – in a preparatory report for the creation of the tribunal by former Swiss prosecutor Dick Marty. If Thaci is not indicted in the beginning, he could be in the medium or longer term. Haradinaj, who is an opponent of Thaci, could turn this to his advantage. He thinks Pristina is not doing enough to free him from Belgrade’s tentacles. “It is a real shame that Pristina is maintaining such a servile position,” Haradinaj told AFP.

A “test for Europe”

History will perhaps tell one day why a zealous official at Mulhouse airport decided to implement an Interpol arrest warrant issued by Serbia… in 2004. Tension has mounted in recent weeks between former enemies Serbia and Kosovo, which have been holding talks under the aegis of the European Union since 2011 to try to “normalise” their relations. Albanians have held demonstrations inside and outside Kosovo. The tension was stoked by a passenger train to Kosovo from Serbia carrying the slogan “Kosovo is Serbian”. Brussels had to call an urgent meeting this week between the leaders of the two countries. One thing seems certain: whatever the decision of the Colmar court, which must come within 40 days of the extradition request being notified to Haradinaj, this is, and will remain, a diplomatic headache. Foreign Affairs Minister Ivica Dacic even sees it as a “test for Europe”. 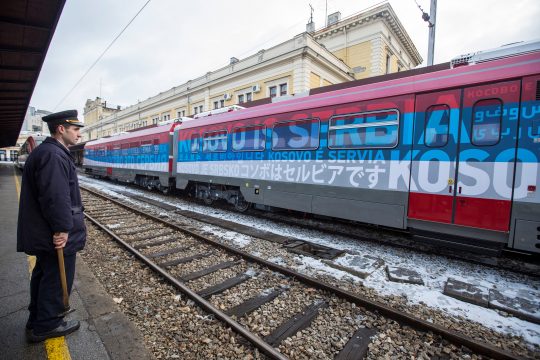 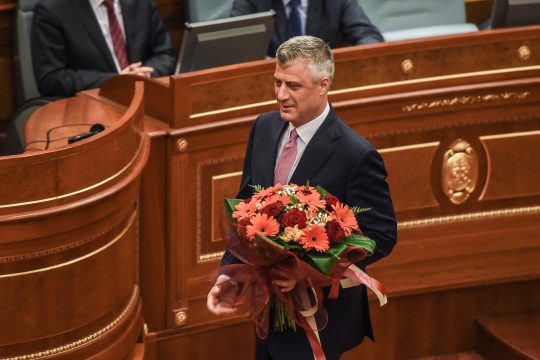 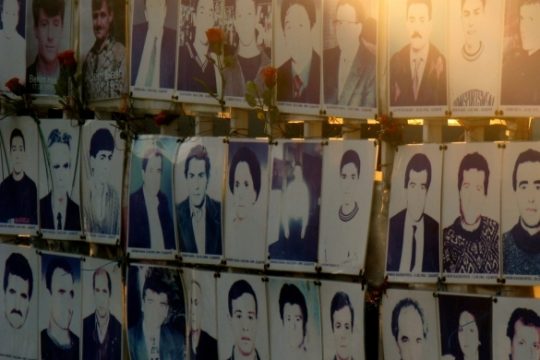