This week, the High Court in Pretoria, South Africa, ruled that the government’s notification to the UN last October of its withdrawal from the International Criminal Court (ICC) was unconstitutional. South Africa’s announcement of withdrawal had sparked fears of an “Afrexit” from the ICC, given similar announcements by Burundi and Gambia and strong objections to the International Criminal Court by the African Union. It also followed a spat with the ICC over South Africa’s 2015 failure to arrest Sudanese President Omar Al Bashir, who is under two ICC arrest warrants for genocide and crimes against humanity in Darfur. So what is the significance of the Pretoria court ruling for South Africa, the African Union and the ICC? JusticeInfo spoke to Dr Hugo van der Merwe, Research Director at the Centre for the Study of Violence and Reconciliation (CSVR) in Cape Town.

JusticeInfo: What is your reaction to this ruling by the North Gauteng High Court?

Dr. Van der Merwe: First we welcome the ruling. The CSVR supports South African membership of the ICC and sees South Africa’s role on the continent as potentially promoting human rights. And the process of withdrawing has been a blow to that role. I think this ruling is probably just a temporary setback in the process of withdrawal. It was more of a technical ruling, saying that the government followed incorrect procedure. What it does mean is that the government now has to go through the parliamentary process of changing its legislation. That at least opens up the space for more public participation and civil society input into the withdrawal.

Can you explain more about the legal basis for the decision? The court said this was “unconstitutional”…

It’s unconstitutional, because by law the Executive does not have the authority to withdraw from international Treaties. It is a legislative power that they have usurped. It’s not just up to a different branch of government but it requires a broader public participation process. The court did not rule in any way that the government can’t go ahead with withdrawal. It seems that it’s now just delayed and hopefully subjected to more public participation, which may sway the government in some way – we hope.

Do you have the feeling that there is public support in South Africa for withdrawal from the ICC?

This is not something that the public has been very much involved in, and I think it is a subject that is so easily manipulable in terms of the politics of the Court. The Court has given enough ammunition to Heads of State in Africa to brand it as racist or Western-influenced. So it is likely to be a very messy debate. It is, however, quite significant that both the two key opposition parties, the more conservative Democratic Alliance and the quite radical Economic Freedom Front, both opposed withdrawal. And I think all the other political parties in parliament are likely to challenge the government on this, so it will be a tough political process the government will have to go through to push this through.

I understand that the court ordered the government to “revoke the notice of withdrawal forthwith”. Do you think it will do that?

Most likely it will first appeal the judgment to the Constitutional Court. I think it would be quite an embarrassing climb-down for the government, so they will probably pursue all the legal avenues before they withdraw their notice. So we will probably see a number of delays.

What do you think the political fallout of this court decision will be in the rest of Africa, the African Union and indeed at the ICC?

We see that the African Union has recommended a “mass withdrawal”, but actually the approach of the AU is one of challenging the ICC and pushing for reform within the ICC, and it seems that many countries are using the threat of withdrawal as a negotiating tool to push for reform. And those reforms are ones which civil society generally supports. So we’re hoping that these debates lead to a clearer agreement on what those reforms are, rather than a polarized debate between those supporting the ICC and those opposing it, because I think we all broadly recognize that the ICC has serious shortfalls, it does need to be reformed, but it remains a critical component of human rights protection for victims, and we don’t have any alternatives. The alternatives proposed by the African Union, such as the African Court are still very far from being realized.

The Democratic Alliance has said that South Africa “does not want to be lumped together with pariah States that have no respect for human rights”. If you look at the other African States that have pulled out – Burundi and Gambia under Jammeh, although that has now been reversed –, South Africa does not look to be in very good company…

Yes, alongside other people who have attacked the ICC like the Philippines and Russia. South Africa has very clearly chosen African countries as its key audience and the key network that it wants to align itself with. Other African countries have the same concerns as South Africa in terms of the Court having a disproportionate focus on Africa. And I think the broader concern is that South Africa is aligning itself to countries like the United States which has never signed up and has gone to extreme lengths to protect its citizens from any form of justice through the ICC.

So to sum up, what do you think will happen now?

I think South Africa was wanting to position itself as the champion leading the African withdrawal, but possibly positioning itself as the key negotiator of reform within the ICC. And I think this court decision has dented that profile. South Africa has embarrassed itself in terms of its legal agility to manage this process, and so I think it’s probably put a real spanner in the works in terms of it leading a process within the AU and influencing other African countries. So I think this will definitely slow down or have some cautionary impact on other African countries who will wonder whether South Africa will now push through despite the legal and other political obstacles. So it’s a bit of a relief in terms of the momentum, which is now not as strong for other countries to follow South Africa’s example. 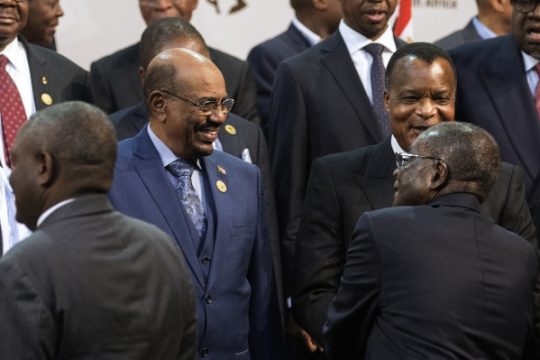 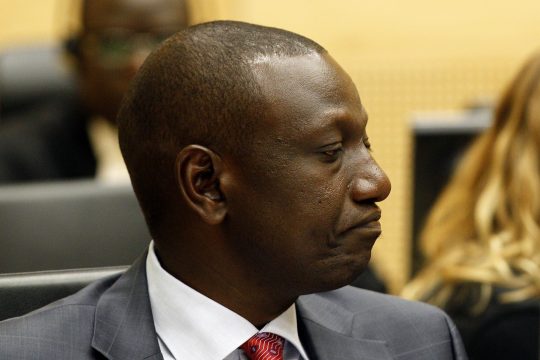 Will Kenya withdraw from the ICC? 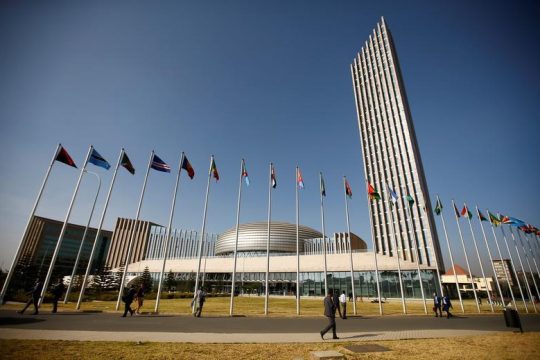