One of the greatest challenges of the peace process in Myanmar will be to decide what kind of national army ("Tatmadaw") will be most compatible with the people’s aspirations for a future democratic federal Union.

During the second 21st Century Panglong Union Peace Conference that ended on May 29, delegates discussed 45 topics under four headings dealing with politics, the economy, the social sector and land and the environment. Agreement was reached on 37 topics and in an official statement, the six-day event was described as a success.

Frankly speaking, the statement was not complete because it omitted to mention the failure of the conference to reach agreement on a fifth heading on national security that was limited to one topic: to have “a one and only Tatmadaw”, or armed forces. Due to the lack of agreement on this topic, it was decided to defer discussion to future conferences. However, as the topic was discussed, it should have been included in the final conference statement. Why was this topic omitted? Why was the conference unable to agree on this issue? What kind of Tatmadaw should there be in a future democratic federal Union?

It seems that organisers omitted to mention the national security topic from the final statement because they wanted to give the impression that the conference was successful.

According to delegates who participated in the discussion on national security, there was broad agreement that there should be only one Tatmadaw. However, the delegates differed over what kind of Tatmadaw it should be and the characteristics it should have.

The discussion covered three proposals. They were the Tatmadaw’s proposal that there must be only one Tatmadaw, the NLD government’s proposal for the Tatmadaw to be under the control of an elected government, and the proposal by ethnic armed groups for a Union Tatmadaw that guarantees democracy and a federal system.

The proposals by the NLD government and the ethnic armed groups are an indication of their concern about the role of the Tatmadaw in a future democratic federal Union. One of their main concerns is that the Tatmadaw might intend to remain independent of the government, which would be incompatible with a democratic federal system. Other concerns were about what a future Tatmadaw would look like and how a Union Tatmadaw would absorb tens of thousands of troops from the ethnic armed groups into a single Tatmadaw.

It is clear that the main objective of delegates at the Union peace conferences from the government, Tatmadaw and ethnic armed groups is to create a future democratic federal Union. It is also beyond doubt that achieving that objective will require the reform of the Tatmadaw to ensure it is compatible with, and in agreement with, the norms and standards of a democratic federal Union.

One of the basic principles listed in Chapter 1 of the 2008 Constitution, drafted under the terms of the previous military dictatorship, guarantees the right of the “Defence Services” to participate in the national political leadership. It is one among many facets of the Tatmadaw that make it incompatible with democracy. It is essential that the Tatmadaw be reformed into a professional armed service if it is to be compatible with a future democratic federal Union. If this is to happen, the Tatmadaw must reflect the essence of our multi-ethnic Union.

Since the time of junta leader Senior General Than Shwe, the Tatmadaw has been intentionally transformed from a Union Tatmadaw to a Bamar-dominated Tatmadaw. The poor excuse that the dictators gave for justifying such a transformation was the disintegration of the multi-ethnic Socialist Federal Republic of Yugoslavia. The dictators ensured that members of ethnic minorities were unable to rise to senior positions in the Tatmadaw.

After the peace process was initiated under President U Thein Sein, a former general revealed that the policy of excluding members of ethnic minorities from the senior ranks of the Tatmadaw was no longer being followed and it was trying to become a true Union Tatmadaw. It is time for the Tatmadaw to actually begin implementing this change of policy to demonstrate to ethnic minorities that it is genuine in its desire for Myanmar to become a federal Union.

A major challenge will be to bring the members of ethnic armed groups into a single Union Tatmadaw. If both sides are genuine in wanting to create a federal Union, nothing is impossible. There are many examples throughout the world in which armed groups have been united into a single defence force. Myanmar needs only to choose the example that is most suitable for its needs.

This is not to underestimate the difficulties ahead: the creation of a single Tatmadaw is one of the greatest challenges to the successful conclusion of the peace process.
This article was first published on Frontier Myanmar. 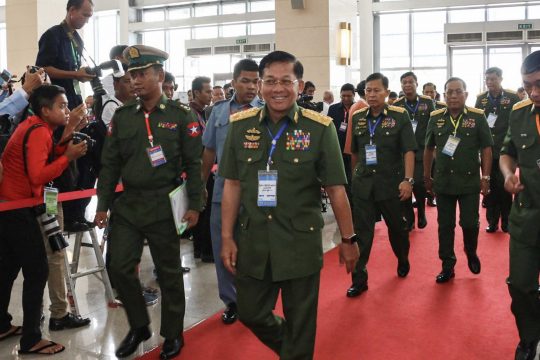 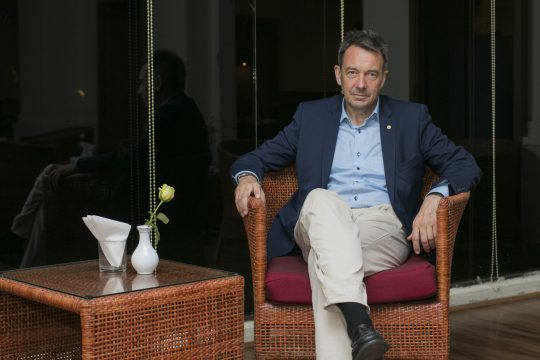 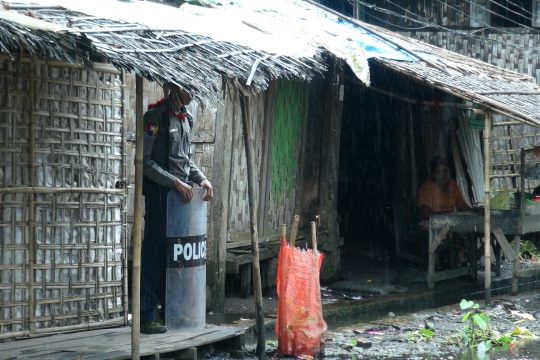 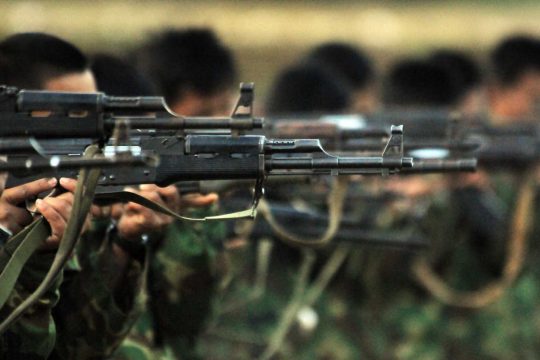