In Mali, the opposition and part of civil society are up in arms against a government plan to revise the Constitution. Opponents of President Ibrahim Boubacar Keïta accuse him of having concocted the new text to ensure he is re-elected in polls due next year.

For the past month, the Malian opposition and authorities have been in a stand-off. Each side is baring its teeth. The cause is a proposed revision of the current Constitution, which has been in place since February 1992.

The government of President Ibrahim Boubakar Keïta (IBK) says the constitutional revision is part of implementing the peace accord signed in Bamako in May and June 2015 after long, tough negotiations in Algiers.

The deal with the Coordination of Azawad Movements (CMA), an alliance of armed Touareg and Arab rebel groups, aims to restore peace to northern Mali. It provides for the creation of regional assemblies with wide powers in the North, or Azawad as the CMA groups call the northern part of Mali. The peace deal, which was mediated by Algeria, France, the European Union and the Economic Community of West African States (ECOWAS), puts considerable focus on decentralisation and guarantees better representation for people of the North in national institutions.

The opposition has never believed in the CMA’s good faith, but it is now protesting for another reason: the wide powers that the planned constitutional revision gives the Head of State.

According to this new text approved by the National Assembly in early June and which was initially supposed to be submitted to a referendum on July 9, the President would get additional powers including appointing the Constitutional Court president, who is currently chosen by the other Court judges. The Constitutional Court president is the only person who can proclaim final election results, and so, given that the ruling party has already said IBK will run again in next year’s polls, the opposition’s suspicions are understandable.

Another contested provision is the nomination of one-third of Senate members by the Head of State. The opposition sees this as one more way for IBK, once he is re-elected, to have parliament at his beck and call.

After the changes were approved by the National Assembly, the opposition went to the Constitutional Court, saying the referendum could not be held in the current climate of insecurity in Mali. As a result of this move, the referendum, originally scheduled for July 9, has been suspended indefinitely.

In its judgment, the Constitutional Court ruled against IBK’s opponents, saying that there was more insecurity during the presidential elections of 2013. But the opposition has maintained its pressure, notably through peaceful demonstrations in Bamako and other towns.

“The opposition is now on the path of insurrection,” Transport Minister Baber Gano, who is also secretary-general of the presidential party, said at a press conference in Bamako on July 11. “It is constantly defying the authorities, and doesn’t even want to respect the decision of the Constitutional Court. This is serious, because it is unconstitutional. It cannot continue. The State will assert itself, assume its responsibilities.”

Defying this warning, thousands of protesters took to the streets of Bamako on July 15 for their third show of strength since mid-June. “IBK, respect the people” and “No, no, no to tinkering with the 1992 Constitution” read some of the banners.

The high point of the demonstration was a speech by Amadou Thiam, former second vice-president of the National Assembly and current vice-president of the “Don’t touch my Constitution” grouping. President Boubacar Keita and his government “went looking abroad for a Constitution that they want to put in place of the one approved by the Malian people,” Thiam told an enthusiastic crowd. “No, no, and no! We will not accept it!”

There have not yet been any clashes between the two sides, but the hardening positions and intransigent rhetoric on both sides do not bode well in this pre-electoral context. 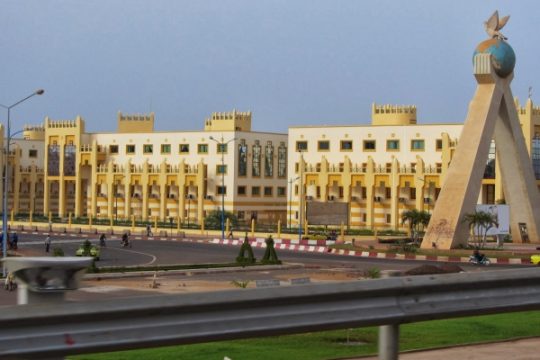 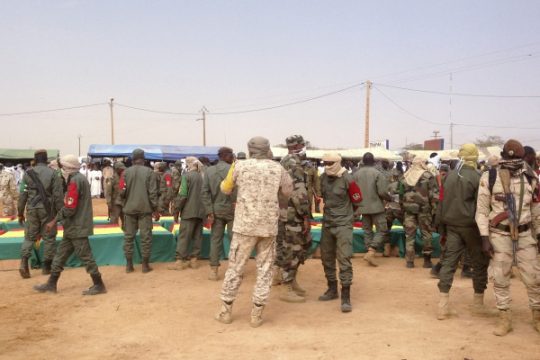 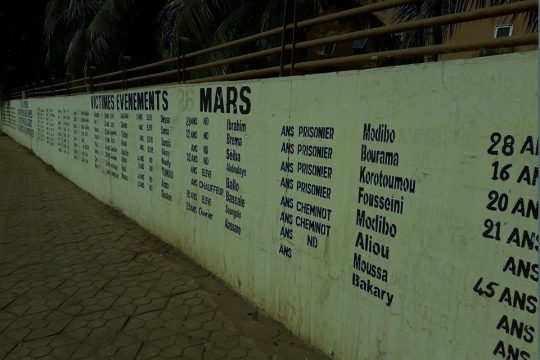