The possibility of a third term for President Alpha Condé is dividing Guinea. Condé himself has made same indications that he wants to run again, but has refused to make an official pronouncement. His supporters are not hiding the fact that they want to change the Constitution. The opposition, supported by some civil society, is preparing for battle and brandishing threats.

“Let’s stop having a dogmatic view of whether one, two or three mandates is best,” Condé said during a visit to France in April. “It’s not up to external powers to decide, it depends on each country and the will of its people.” This declaration has fueled suspicion in the country. Many observers think that since this declaration there is no more doubt Condé is preparing the ground for a third mandate. For the last few weeks, in fact, members of the ruling RPG party and some government bigwigs have stepped up appearances in the media to prepare public opinion.

The first one to do so was director-general of police Bangaly Kourouma. In December 2016, during a mission to Nzérékoré in Guinea’s Forest region, he declared: “So long as Alpha Condé is alive, he will be President of the Republic”. This caused an outcry at the time in political circles and civil society. The opposition called for the police chief to be fired. He did indeed leave his post in June… to become an advisor to the President!

Since then there have been other declarations along the same lines, and so the opposition, civil society and international institutions are now taking the issue seriously.

“A third mandate would be suicidal for Alpha Condé,” warns opposition leader Cellou Dalein Diallo, who is mobilizing his troops. “He thinks he can tinker with the Constitution, but he should understand that is not going to happen! It’s not at the ballot box that you should say no, but in the street, because that is all he understands!”

Another warning has come from United States Ambassador to Guinea Dennis Hankins. “No plan to change presidential terms will succeed in West Africa after the revolutions in Burkina Faso and Senegal,” he said in May during a visit to Labé, capital of the Foutah region which is an opposition stronghold.

Musician Elie Kamano has also got involved. On June 17 he was arrested after calling for a protest march against any third presidential term. According to the governor’s office, the demonstration was illegal.

And an incident at the 29th African Union summit is still fresh in people’s memories. The Guinean president gave a dressing down to Senegalese foreign minister Mankeur Ndiaye after he declared that “in Senegal, we do not like presidential third terms”.

People are now asking if anything can stop the machinery that is gearing up for a third term. It seems the warning by Constitutional Court president Kelefa Sall has fallen on deaf ears. During Condé’s inauguration ceremony in in 2015, Sall courageously urged the re-elected president “not to fall into the revisionist trap”. In Guinea, the constitutional provisions on the number and duration of presidential mandates are very clear. Article 27 of the Constitution says that “no person can, under any circumstances, exercise more than two presidential mandates, whether they are consecutive or not”.

Is this constitutional safeguard about to fall, as in several other countries in Africa? 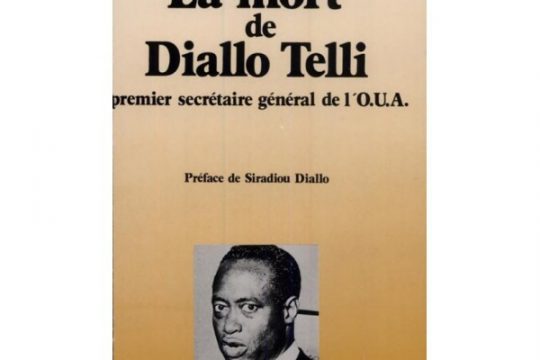 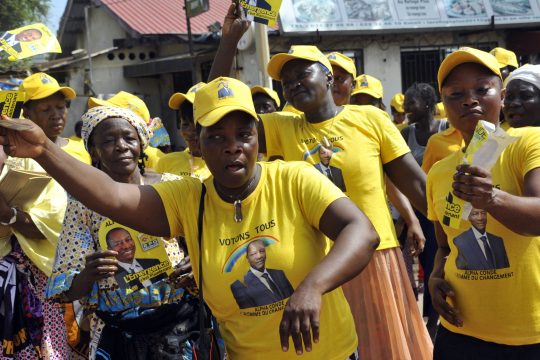 PRESIDENTIAL ELECTIONS AMID TENSION IN GUINEA 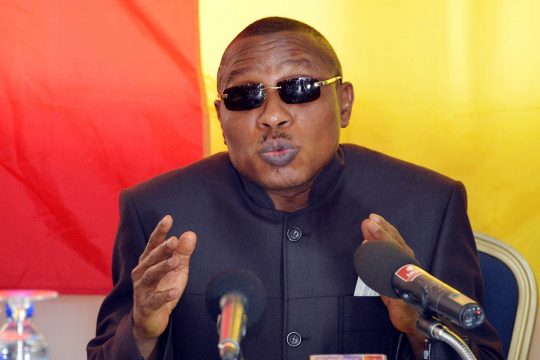