Dozens of people have been killed in recent weeks of fighting between armed groups in the Central African Republic (CAR), as a UN official warned of possible genocide. In this interview Didier Niewiadowski, jurist and former advisor to the French embassy in Bangui, gives his view of the situation in that troubled country. He agrees with the UN that “the risk of a national explosion has never been so high”, but says he does not at this stage see early warning signs of genocide.

Do you agree with UN Undersecretary General for Humanitarian Affairs Stephen O'Brien that there are early warning signs of genocide in the Central African Republic?

Genocide is a precise concept. Is there currently a plan to systematically eliminate an ethnic or religious group, regardless of age or gender? The answer is no. On the other hand, we should be concerned about rising numbers of massacres of civilians in the extreme east and northwest of the country, which often have an inter-communal character. These crimes remain localized and are not at this point driven by a strategy of ethnic or religious cleansing. All the same, the danger of a national explosion has never been so high, as UN officials are saying.

How do you explain this risk of national explosion?

There are two worrying things that can explain the risk of chaos in the CAR today. First, President Faustin Archange Touadera has allowed back into his entourage people who served when he was Prime Minister under François Bozizé (2008-2013). These firebrands are stirring up local conflicts by supporting the Antibalaka* and questioning the action of MINUSCA, the UN mission in the CAR. They are at the root of the political crisis, which comes on top of the security and humanitarian crisis. Divisions in the country now run very deep. The main target of the President and especially the Prime Minister is Karim Meckassoua, president of the National Assembly, and through him it is Muslims who are targeted.

Second, in the absence of a State presence, the armed groups that we like to call ex-Seleka* have considerably built up their strength in terms of men and arms. They are staking out territory for the long term and imposing their rule on populations that are more or less held hostage.

Concretely, what should President Touadera do to help end this situation?

Put a stop to squabbling in the executive and stop attacks on opposition figures, notably the President of the National Assembly.

President Touadera should review the way he governs, to clarify who makes the decisions. We no longer know who is doing what and why. Is it the minister in the relevant field? Is it the presidential advisor? Is it the head of the ad hoc commission or a chargé de mission tasked by the President?  Should negotiations be pursued with representatives of the warlords with a view to implementing DDRR (Disarmament, Demobilization, Reintegration and Repatriation of combatants), or should firm instructions be given for their arrest by MINUSCA?

President Touadera should immediately put an end to the dangerous projects of the firebrands who have returned to the doorstep of power. Organizing anti-opposition rallies, making hateful declarations and saying there are coup plots when in fact it is only a no-confidence motion… this behaviour is not compatible with the national reconciliation that was at the heart Touadera’s election promises.

Given the current situation, Stephen O’Brien is asking the UN to boost the number of peacekeepers. Do you think that is enough to prevent the worst?

Increasing MINUSCA’s forces does not seem the only appropriate solution for returning to the path of peace. You could put thousands more UN peacekeepers in this country of just over 4 million citizens – a quarter of whom are displaced – without bringing effective peace.

Three conditions must first be met. First there must be real political will on the part of Central Africans to end this crisis. Central African leadership is crucial to lead a real national union. That is not the case now. Continuing to give President Touadera and his Prime Minister carte blanche will undermine any new efforts by the international community and lead to the country’s implosion.

And then, the UN’s peacekeeping missions in Africa should be coordinated: the crisis is also regional. UNMISS (UN mission in South Sudan), MONUSCO (UN mission in the DRC) and MINUSCA need to pool some of their resources and coordinate their actions. Reasoning only on the level of individual States is a mistake.

Finally, it is vital to end the impunity which is fuelling the crisis. Words must be translated into action.

Isn’t it time to disarm the militia by force and arrest the main suspected human rights abusers?

We need to look at the reality. The sovereign functions of the State no longer exist. In such conditions, it is difficult for MINUSCA’s hundreds of police to carry out their mission. So it is vital to rebuild without delay a judicial system that is in line with rule of law and transitional justice principles. The Special Criminal Court** will not be operational at least until autumn and will not have jurisdiction over crimes committed after 2015.  In many cases, the facts are known and testimonies available. Justice needs to resume its course and citizens must be included, as the French and US ambassadors have recently declared. That should be a condition for international aid, because the current authorities seem content with gesticulating and using diversionary tactics like their coup plot allegations.

Before arresting the main criminals, it is also crucial to end the well-known blood diamond trade, notably in Antwerp and Dubai, as well as trafficking in arms from the DRC and Douala (Cameroon).

And finally, there is still the issue of the detention centres. To tackle all this, there is no time to lose.

What can the CAR expect from African countries, starting with its neighbours?

The neighbouring countries are in either open crisis (South Sudan and the DRC) or politico-economic crisis (Chad and Congo). Cameroon, faced with terrorism in the extreme north, the Anglophone issue and collateral damage from the Central African crisis, is awaiting the next elections with anxiety. For financial support, the CAR can count only on Equatorial Guinea and especially Rwanda. We should remember that Equatorial Guinea will become a member of the UN Security Council on January 1, 2018 and Rwandan President Paul Kagame will be president of the African Union.

*The Seleka are a nebulous coalition that drove President François Bozizé from power in March 2013. Seleka rebels, who are implicated in numerous atrocities against the population, fought with Antibalaka self-defence militia, who themselves used violence against civilians.

**The Special Criminal Court (SCC) was set up within the Central African justice system by Law No.15.003 of June 3, 2015. It has a mandate to investigate and prosecute serious violations of human rights and international humanitarian law committed in the CAR since January 1, 2003. It will be composed of both national and international magistrates. 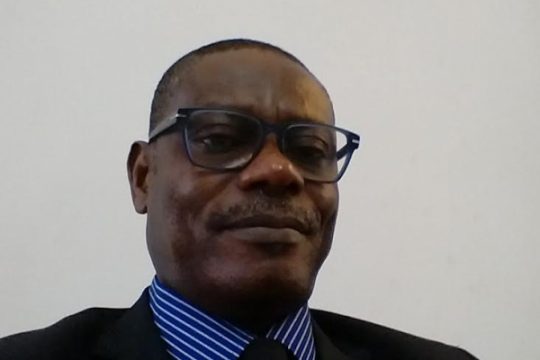