Bangladesh and Myanmar say they will start repatriating refugees in two months, amid continued global pressure about the ongoing crisis in Rakhine State, in a move that humanitarian groups have called “premature” as refugees continue to cross the border.

According to the United Nations, more than 620,000 people – overwhelmingly Muslims who identify as Rohingya – have crossed the border since August after a military crackdown that Washington last week said constitutes “ethnic cleansing”.

“This is a primary step. [They] will take back [Rohingya]. Now we have to start working,” Ali was quoted as saying by AFP. The report added that a working group would be established within three weeks to agree to the arrangements for the repatriation.

Aung San Suu Kyi, whose government has come under international pressure from the international community for its handling of the crisis – but still enjoys widespread support domestically – criticised foreign interference in what she said was a bilateral issue.

“Western countries as well as the Organisation of Islamic Cooperation had portrayed the matter as an international issue by passing resolutions at the UN Human Rights Council and the General Assembly of the United Nations,” her office said in a statement. “The principled position of Myanmar is that issues that emerge between neighbouring countries must be resolved amicably through bilateral negotiations.”

The statement called the agreement a “win-win for both countries”.

Ms Federica Mogherini, high representative of the European Union for Foreign Affairs and Security Policy, called the agreement “an important and welcomed step” towards addressing the crisis.

Speaking during a visit to the country, Mogherini called on both countries to ensure that refugees could return in a “voluntary, safe and dignified manner”.

The agreement, which was signed by Ali and Myanmar’s Minister for the Office of the State Counsellor U Kyaw Tint Swe on November 23, said that UNHCR and other UN agencies will be invited to take part in the process and “to assist returnees to carry on life and livelihoods as members of Myanmar society”.

It said there will be no restriction on the number of those who will be able to return, as long as they can provide “bona fide evidence of their residence in Myanmar”.

However, the agreement has come in for criticism from some quarters, with observers saying it is too early for such an agreement to be reached.

At a press briefing in Geneva on November 24, UNHCR spokesperson Mr Adrian Edwards, said the agency is willing to help both countries work towards a solution.

“At present, conditions in Myanmar’s Rakhine State are not in place to enable safe and sustainable returns. Refugees are still fleeing, and many have suffered violence, rape, and deep psychological harm,” the statement said.

“It is critical that returns do not take place precipitously or prematurely, without the informed consent of refugees or the basic elements of lasting solutions in place. People must have the option of returning home, and not be confined to specific areas.”

Ms Sanna Johnson, regional director for Asia for the International Rescue Committee, called the announcement of the MoU “deeply worrying”.

A recent IRC survey conducted in the refugee camps in Bangladesh found that just 11 percent of refugees wanted to return to Myanmar, while the remaining 89 percent said they either wanted to remain where they were or move to other parts of Bangladesh.

“Refugees are still arriving in camps in Cox’s Bazar on a daily basis, indicating that the Rohingya population continues to face significant threat, so talk of repatration is, at best, premature,” Johnson said. “It is absolutely vital that the principle of non-refoulement is upheld. No one should be returned to a country in which they face persecution. With reports of the mining of the border by the Myanmar military, the violent clearance of up to 200 villages, it is clear that the conditions for safe, voluntary and informed returns are not being met.” 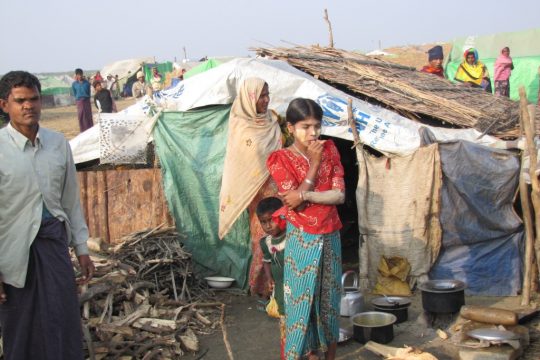 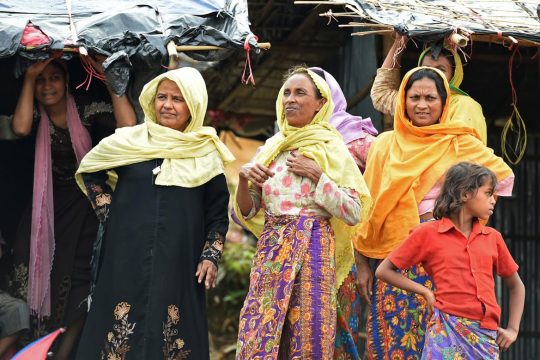 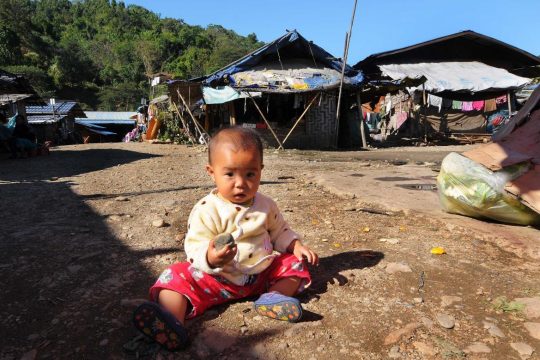