Colombia’s unprecedented reparations programme guarantees financial, land restitution, and holistic benefits for millions of victims. With only 7% payment to date, however, the government faces the challenge of making good on promises to its citizenry, undermining the potential for building lasting peace.

In 2016, after four years of official negotiations, the Colombian government and the Revolutionary Armed Forces of Colombia (FARC-EP, Spanish acronym) were finally able to negotiate a definitive peace, and the country is now in a full-scale transition away from its violent past.

The Peace Accords have been heralded as some of the most comprehensive in the world, especially due to their differential inclusion of vulnerable populations like women, children, LGBTQ+ people, Afro-Colombian populations, indigenous groups, and peasants, among others.

The move to bring justice to victims, however, began before the signing of the Accords. In 2011, the Colombian government passed the Victims’ Law (Ley 1448 de 2011) with the promise to provide reparations for the victims of country’s half-century long internal conflict. The Victims’ Unit and the Land Restitution Unit were created as the institutions in charge of meting out the various reparations guaranteed under the Law.

Indeed, many saw the design of this Law as a response to criticism of the 2005 Justice and Peace Law (Ley 975 de 2005), which led to the demobilisation of over 30,000 paramilitary fighters, but did not adequately include provisions for truth-telling or victims’ justice.

Reparations in the Victims’ Law are designed to be holistic, and include land restitution, access to education and healthcare, access to housing, educational training, and financial payments. Victims can apply as individuals and/ or as part of a group that collectively suffered violence.

The last seven years have seen more than 8.6 million Colombians register with the Registro Único de Víctimas (RUV) as victims of the armed conflict. While national and international actors praise the multi-faceted nature of the Victims’ Law and the Peace Accords, it remains that more than one fifth of Colombia’s citizens are still waiting for the reparations to which they are entitled. The question emerges: has Colombia bitten off more than it can chew?

The Challenges of Bringing Justice to the Most Vulnerable

Of the 8.6 million victims, 7.3 million suffered displacement, a quarter million were killed, and 47,000 were forcibly disappeared. Many were the victims of multiple acts of violence. Besides direct victims, family members of those murdered or disappeared are also entitled to reparations.

The current estimated cost of the full programme is 148.34 trillion Colombian pesos (approximately US $52 billion).

The most recent report on the progress of Law 1448 highlights that between 2009 and 2016, the government has paid reparations payments to 580,415 victims. This means that 93% of victims have not yet been paid.

While 522 subjects of collective reparations are now recognised by the government (including groups of trade unionists, journalists, human rights NGOs, ethnic groups, and women’s groups among others), the above mentioned report highlights a lack of effective mechanisms for ensuring the successful coordination of the national and territorial institutions and entities required to fulfil the comprehensive reparations packages.

When it comes to land restitution, an article by Frances Thomson notes, less than a third of those eligible to apply have registered with the Land Restitution Unit (LRU). The Ministry of Agriculture and Rural Development estimates that around 360,000 cases would be eligible, but the LRU has only received 112,177 applications (by April 2018). Thomson cites a lack of trust in authorities, disillusionment with government agencies, a limited understanding of the Law, or difficulty accessing institutions (including travel distances) as reasons for this low turnout.

With the fall in the price of oil and minerals on international markets, the Colombian government is worried about where it will find the budget to finance remaining reparations.

International donor countries have pledged hundreds of millions of dollars to funds dedicated to financing the Peace Process. Recently, however, countries including Norway, Sweden, and Switzerland have complained of corruption and mismanagement of funds meant to finance post-conflict programmes. The scandal saw Colombia fire the director of the Colombia Peace Fund, Gloria Ospina, from her position, and has “raised serious doubts about the effective implementation of the peace process”, reports inSight Crime.

Furthermore, given political polarisation, upcoming elections mean an uncertain future for the ongoing implementation of the Peace Accords.

Looking forward: Is Colombia’s Reparations Programme a Recipe for Disappointment?

When it comes to building peace in a society tainted by 53 years of war, is it recommendable to promise vast reparations, or is the government setting itself up to disappoint its citizens and create distrust and cynicism?

Extensive reparations programmes in Argentina and Chile (in the 1990s and 2000s) have provided money, psychological assistance, and scholarships to victims and their families. While widely touted as successful, these programmes served far fewer individuals, and did not necessarily guarantee cash payments, as does the Colombian programme. Brazil and Uruguay also had successful reparations programmes, but again, these were delivered to fewer people and over a much longer period of time.

Sikkink et al.’s 2015 evaluation report notes that Colombia’s reparations programme has admirable vision, but also faces huge challenges, particularly in terms of delivering reparations to so many people. “Even at a rate of compensation that is high relative to that in other countries, the VU [Victims’ Unit] will not complete compensation for victims before the end of the law in 2021.”

Qualitative academic research shows that many victims feel frustrated at not having received their reparations, leading them to question the good faith of the government. This is not necessarily unique to Colombia; in many countries victims feel that reparations are ‘too little too late’. When reparations do come, they are often partial or intermittent, creating a sense of unpredictability which further frustrates and confuses victims.

The above-mentioned ICTJ report suggests that perhaps a distinction could be drawn between the victims of forced displacement and the victims of killing, disappearance, torture or rape. As 64% of the budget is dedicated to reparations for the former category, this could be a way to effectively prioritise the victims of the most serious violations.

Colombia finds itself between a rock and a hard place: reform of the Victims’ Law that would modify reparations would be taken as a clear sign of government reneging on its promises. On the other hand, it is unlikely that an “it’s the thought that counts” sentiment will satisfy those who continue to wait in poverty for their reparations to appear.

Given the behemoth task at hand, however, the Colombian government has both the opportunity and challenge of rebuilding trust with its most marginalised citizens. Failure to do so has the potential to generate further rancour.

New Challenges in the Post-Conflict Era

While many wait for reparations to appear, the registry of victims grows ever longer.

In the meanwhile, violence has taken on new dimensions. The most recent Annual Report of the U.N High Commissioner for Human Rights notes that 2017 saw 441 attacks, including 121 killings of human rights defenders. Of these murders, community, indigenous, peasant, Afro-Colombian and union leaders suffered most. More than 1,000 people were displaced in four days between 17 and 20 January 2018, and the National Ombudsman worries that unless government actions are taken, these numbers will increase.

In light of new security challenges and burgeoning violent dynamics (particularly in areas previously occupied by the FARC), it is of key importance that the Colombian state fills power vacuums and begins to rebuild social capital with its citizenry. Making good on its promises of reparations is an important step towards re-establishing this trust.

There is hope that other transitional justice measures, including the JEP (Special Jurisdiction for Peace, a tribunal which will judge and impose sanctions on demobilised FARC), and the CEV (Truth Commission) will be important in terms of establishing trust. These mechanisms alone, however, are not enough to guarantee restorative justice for victims.

Sikkink et al. make a strong case for how reparations are an investment for good governance and long-term stability in Colombia. In the three years since their report was published, however, Colombia has not managed to include reparations at the “core of any discussion of political economy.”

The above authors note that victims who have received reparations are more likely to have positive views about the State. Unfortunately, raising victims’ expectations only to have them crushed will likely have the opposite effect.

*The author would like to thank Dr Francesca Lessa and Professor Leigh Payne for their comments. 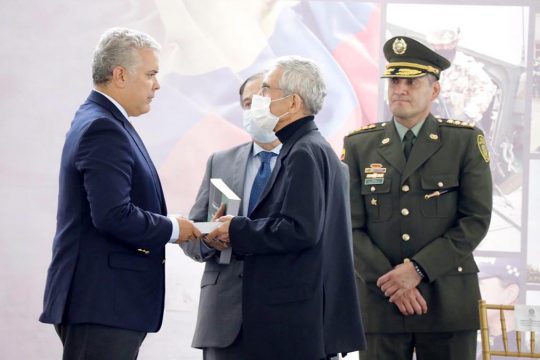 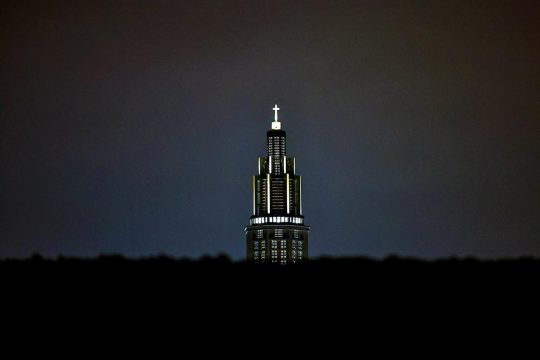 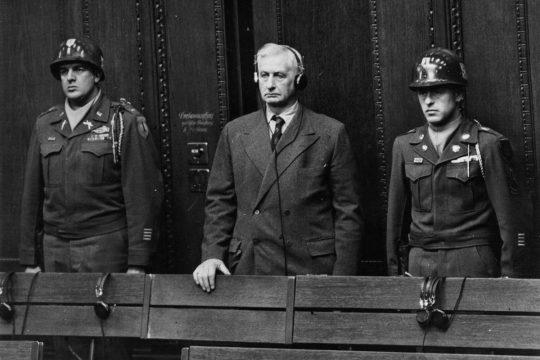