Although Myanmar's National League for Democracy government had planned to hold the 21st Century Panglong Union Peace Conferences twice a year, the third session of the gatherings intended to bring an end to civil conflict was postponed four times. Given the difficulties it faced even getting participants around the table, it’s not surprising that the third Panglong conference that finally convened in Nay Pyi Taw on July 11 was marked by controversy and disagreement.

Even prior to the event, some ethnic armed groups had written it off as merely symbolic, with little hope for significant progress.

“We don’t expect a lot because there are only a few issues to discuss,” New Mon State Party vice chairman Nai Hong Sar said ahead of the gathering. “On political issues, we are yet to discuss important matters … we also cannot discuss security issues yet.”

Many then reacted with dismay at the opening speech by Tatmadaw (Myanmar army) Commander-in-Chief Senior General Min Aung Hlaing, in which he blamed ethnic armed groups for prolonging Myanmar’s civil conflicts.

He said the government and the military were actively participating in the peace process and warned that this was not a sign of weakness.

“The sound of the guns will become silent if all the groups with the true wish for peace observe the agreement [National Ceasefire Accord]. All [ethnic armed groups] must control their own men, instead of giving groundless reasons,” Min Aung Hlaing said, referring to the groups that are yet to sign the NCA.

Colonel Khun Okkar, patron of Pa-O National Liberation Organization, told Frontier that the Tatmadaw chief was highlighting the power of the military in his opening speech. But his tougher rhetoric could also indicate a hardening of attitude towards the peace process.

“On previous occasions, he [Min Aung Hlaing] has encouraged the non-signatory groups to sign the NCA and participate in the peace process, but I think he has changed his policy,” Khun Okkar said.

"The army doesn’t represent me"

Min Aung Hlaing also generated controversy in his speech, especially among ethnic nationalities, when he said the Tatmadaw represented the state and the people.

“Armed ethnic groups in some regions cannot represent the entire national people of 52 million and political parties only represent a particular walk of life that supports them. Our Tatmadaw, being a people’s Tatmadaw born of ethnic people, is an organization representing the state and people,” Min Aung Hlaing said.

There was an angry reaction on social media from some users, who showed their opposition by sharing the message, “The Tatmadaw does not represent me,” in posts on Facebook.

Political analyst U Min Zin said the comment was controversial because members of the Tatmadaw are public servants who should be accountable to the politicians who won elections and formed a government as part of the transition to democracy.

“A person who wins the most votes in an election represents the State and the people; the military are public servants,” he said.

U Nyan Win, a member of the NLD’s central executive committee, said the Tatmadaw chief’s comment that political parties don’t represent all people was “totally wrong”.

However, he declined to give a direct response to the comment that the Tatmadaw represented the state and the people.

Sut Seng Htoi, 25, a leader of the Kachin Youth Movement Committee, told Frontier on July 15 that the Tatmadaw does not represent ethnic minorities, and has no right to say that it represents the state and the people.

Those at the peace conference included members of the Federal Political Negotiation and Consultative Committee, an alliance of seven ethnic armed groups headed by the United Wa State Army, which has in the past demanded significant changes to the NCA. The FPNCC members, who attended the conference as observers, held talks with Tatmadaw leaders on the sidelines of the event.

A news release from the Office of the Commander-in-Chief said both meetings had discussed signing the NCA and achieving progress in the peace process through dialogue. Min Aung Hlaing urged the non-signatory groups to sign the NCA, saying it was “against the current democratic ethics” for armed groups to say there was no need to sign the NCA because they already have a bilateral agreement, or they are not in active conflict with the Tatmadaw.

“[E]very ethnic armed group is to sign the NCA,” he said, adding that the “essence” of the NCA was “broader and more comprehensive” than earlier bilateral agreements.

The FPNCC submitted its proposal for a national ceasefire agreement to the government and the military at the second Panglong conference more than a year ago and was hoping it would be discussed at the third session.

The KIA’s General Gun Maw said the FPNCC had decided it was premature to sign the NCA and any decision would depend on discussion about its ceasefire proposal. Min Aung Hlaing had been told that the FPNCC wanted that discussion to take place soon, said Gun Maw, who also holds a leading position in the Kachin Independence Organization.

The final day of the conference, on July 16, saw the Union Peace Dialogue Joint Committee approve 14 principles for inclusion in a Union Peace Accord. This brings the total agreed principles to 51, after 37 basic points were agreed at the second Panglong conference in May last year.

Organisers also released a statement saying they had decided to hold another peace conference this year and two in 2019.

Of the 14 principles, seven involve social matters, four concern political arrangements, two are about land and the environment and one focuses on the economy.

Prior to the start of the Panglong conference, the UPDJC had agreed on 12 points to be submitted during the event. Ethnic armed group representatives said they were disappointed that the government and military had rejected many of their proposals for discussion topics.

One of the key disagreements during the conference centred on the name of the country. In one of the political principles, ethnic armed group representatives wanted to use the expression “union that is based on federalism and democracy”. Military delegates objected, saying the point should contain the words “Republic of the Union of Myanmar”.

Finally, on July 15 the Union Peace Dialogue Joint Committee, the coordinating body for the peace process, negotiated a solution: the addition of the word “Myanmar”, but not “Republic of the Union of Myanmar”.

“We negotiated and the ethnic armed groups agreed to include it like that,” said Salai Lian H Sakhong, vice chairman of Chin National Front.

Former MP Doi Bu from the Unity and Democracy Party of Kachin State said that the military representatives had also objected to a proposal supported by the government, political parties, ethnic armed groups and parliamentarians requiring that women fill at least 30 percent of positions in the peace process.

"The military just wanted to include support for reaching a 30 percent participation rate in all sectors [rather than a quota]. Four groups agreed to the policy but they objected," she said.

One area where there was no formal progress was on security issues.

State Counsellor Aung San Suu Kyi said in her speech at the closing ceremony that the security sector was important for the success of the peace process and should be discussed at the next conference.

“To create a perfect union peace agreement,” she said, “agreements related to security must be included.” 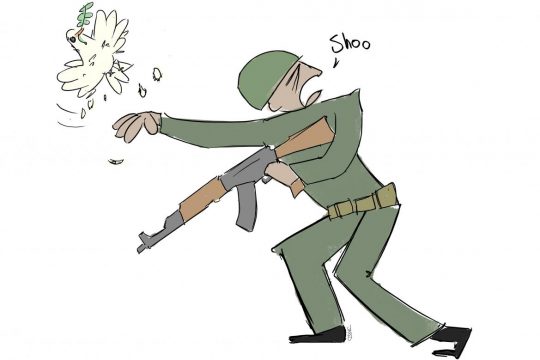 This is not Myanmar’s path to peace 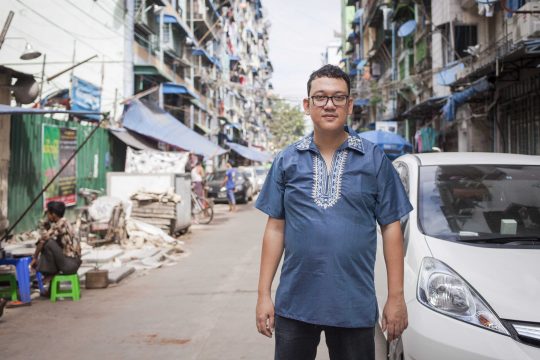