Civil war victims in Nepal do not accept the government’s latest draft amendment to the Transitional Justice Act (TJA), which is a political compromise. They demand a strong foundation for justice and a guarantee of non-repetition.

The government’s draft amendment, unveiled on June 21 and still under discussion, comes in response to Supreme Court rulings that the TJA does not meet international standards. Two transitional justice (TJ) commissions were set up in 2015 under that law, but have failed to address victims’ needs and made little progress.

Crimes like torture and enforced disappearances remain undefined in the draft amendment, meaning major offenders may slip through the cracks, according to rights groups. A provision in the proposed legislation for community service as an alternative punishment to prison time has also riled campaigners, who say it amounts to impunity.

On July 18, the Conflict Victims Common Platform issued a preliminary response and a set of demands to the Justice Ministry, arguing that the new draft should include command responsibility for war crimes to address issues such as enforced disappearance, extrajudicial killings, rapes and torture. It further said that proposed community service for perpetrators is not acceptable, and demanded mandatory prosecution of perpetrators in line with domestic and international law. The CVCP also demanded that the transitional justice commissions be restructured following a further amendment of the TJA based on listening to victims through nationwide consultation.

Several critical notes from the conflict victims, civil society and international human rights organizations have demanded wider and meaningful consultations to make the process victim-centered. Swiss NGO TRIAL expressed concern about lack of wider consultation with victims and urged the government to ensure that the bill is responsive “to the self-identified needs of victims and civil society”.

UN OHCHR also made public on July 25 its “technical notes” on the current TJA amendment draft. “The bill introduces a number of elements that, if approved and implemented, could contribute to take forward a more comprehensive transitional justice process,” it said. “At the same time, OHCHR notes that some aspects of the bill are not fully consistent with Nepal’s obligations under international law.” It stressed that “in addition to punishment being part of the international obligation to investigate and prosecute, international law envisages the requirement of penalties that are appropriate in relation to the gravity of the crime”.

UN bodies have also suggested that Colombia’s transitional justice system could be adapted as a model in Nepal. It is positive to finally move away from the unproductive attempt to import the South African model of transitional justice. However, any other model, like Colombia’s, does require careful understanding to adapt it to a different context.

Victims’ groups in Nepal have been engaging with the flawed commission process as a critical watchdog. The CVCP mobilized their members nationwide to register complaints and collected more than 60,000 cases as part of a national campaign. However, many actors have refused to cooperate with the commission process, which has so far been a lost opportunity to assist the victims’ movement for justice.

The international community has not supported the transitional justice bodies in the past, arguing that both commissions were governed by flawed legislation. This is a big opportunity to correct flaws in the current Act and process. To maximize the benefits from such official processes and ultimately support the victims, national human rights groups and international communities must rethink/review their role and create a positive environment to actively engage in the transitional justice process. Once approved by the parliament, a new, improved TJ act could open the door for a trustworthy official process to fairly investigate war crimes, disclose the truth, and provide full justice and reparations to marginalized victims. 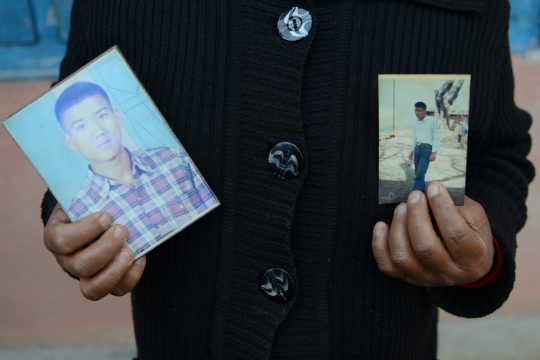 Opinion : in Nepal, impunity for perpetrators 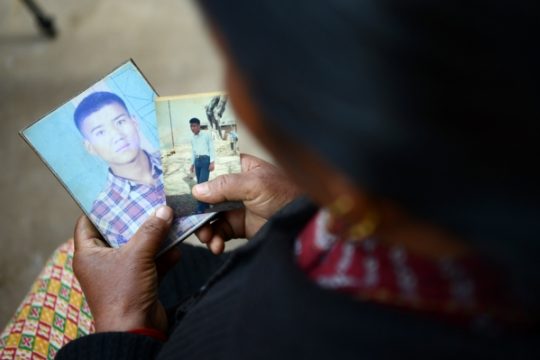 Pressure needed to save transitional justice in Nepal 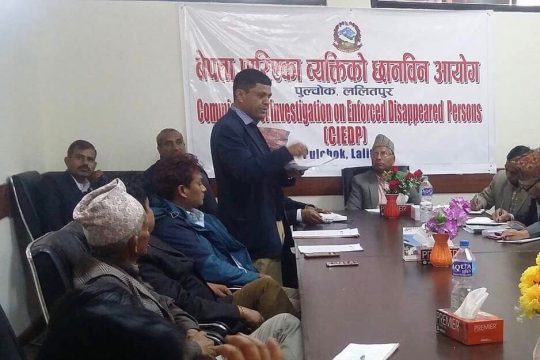 Opinion : transitional justice amendment in Nepal not "acceptable" , according to victims
Most read