About 200 people mop their brow under overworked fans in a big hall next to a church. Despite the stifling heat, Gambians have turned out in their best clothes. This meeting taking place on September 22 in the Westfield suburb of Banjul aims to gather people of all religions, ages and ethnic groups.

In an atmosphere of dialogue, people start to speak their questions or thoughts on the Truth, Reconciliation and Reparations Commission which will soon start its investigations. The creation of this commission was one of the first transitional measures announced by the new government that came to power in early 2017. After 22 years of authoritarian rule under Yahya Jammeh, the aim is to shed light on the arbitrary arrests, forced disappearances and murders, so as to understand how the system worked and later be able to turn the page.

“We want to tell the truth”

In Westfield, there is a mixture of local languages and English. Several members of the Commission, installed on the rostrum, try to answer the questions: what exactly is the mandate of the Commission? How can it ensure that victims of sexual violence have sufficient trust to come and testify? And how can we be sure that truth and justice come out of this Commission?

Today we the victims want to tell the truth about what happened to us, before thinking about reconciliation. Finally we are going to be able to tell what happened.

Personal stories then start gradually to come out. In the first row, a group of four grandfathers waits patiently to be able to speak. “We were arrested in 1995 by security forces,” Sainey Faye confided before the meeting began. “In the premises of the intelligence service, they undressed us, gave us electric shocks and forced us to speak.” This is a story that he has never yet shared in public. “Today we the victims want to tell the truth about what happened to us, before thinking about reconciliation,” he says. “Finally we are going to be able to tell what happened.”

Testimonies rapidly become tinted with anger. One woman expresses anger that some victims who need medical care are being abandoned. A school director says he is astonished to see that former members of the Jammeh system are still in positions of power.

The conversation is not easy to manage for the freshly appointed commissioners, but this desire to share and discuss is encouraging, says Adelaide Sosseh, vice-president of the Commission. “Without your participation, the Commission will not be able to play its role,” she tells the gathering.

This public meeting also brings awareness that Gambians have very diverse expectations with regard to the role of the Commission. Some hope to get back their confiscated property, others want to see their torturers jailed or think that the process could cure the country of problems like unemployment. After the meeting, commissioner Mustapha Kah has realized that people must be reminded often of what powers the Commission has. “Sometimes expectations go beyond our mandate,” he says. “For example, we can’t create jobs. And we are not a court. One of our main tasks is to investigate what happened and, if necessary, we will sometimes recommend prosecution in the courts.”

At the back of the room are younger faces under sports caps. Yahya Baldeh, 19, has come with friends.  “They say that young people are the future of society,” he says, “so I think I can learn a lot from all this and later change things.”  Baldeh thinks that his generation should have a significant part in the process.

A role for the young

It is precisely to give them a voice that a youth summit was organized a week later. Some one hundred young people from all over the country meeting in a Banjul hotel were able to express their concerns to members of the Commission.

But the concerns are similar for all ages. “In our Gambian culture, problems are dealt with in the community, not in public,” says Muhammed Bah, a participant in the summit. “In addition, everyone knows everyone here, so it will take a lot of awareness-raising to get people to trust and to talk. If they don’t feel at ease and don’t have trust, they will remain silent or will give false information. We need to make everyone understand that this is not a witch hunt.”

It is difficult to obtain reconciliation when there is no justice and the guilty parties do not pay for their crimes.

At 19, Fatoumatta Bondi is also very engaged in the discussions and has already studied the subject as a law student. “In South Africa, thousands of testimonies were gathered,” she comments. “And yet in the end there were very few prosecutions.  It is difficult to obtain reconciliation when there is no justice and the guilty parties do not pay for their crimes. So I hope that is not the case here, and that if the Commission recommends prosecutions they will actually happen.”

These first meetings cannot answer all the questions, but they give an idea of the scale of the Commission’s task. They also allow Gambians to own a bit more a process that has up to now appeared vague and distant to them.

Gambia: Letter from the M’Bai family

Gambia: When it is time for reconciliation
Most read 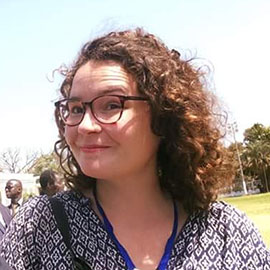 Claire Bargelès
All reports from this author
Based in Banjul since President Yahya Jammeh left the country in early 2017, Claire Bargelès reports on the democratic transition in Gambia, including on transitional justice issues for JusticeInfo.net. She is also a correspondent for Radio France Internationale and works occasionally for the video section of AFP. She is on Facebook and on Twitter at @ClaireBargel.