Two years ago tomorrow, the Colombian Government and the FARC-EP, the country’s largest left-wing guerrilla, signed a peace agreement, ending the longest running armed conflict on the continent and giving way to the demobilisation and disarmament of 11,384 combatants.

The agreement not only set out the terms for a permanent ceasefire, but also addressed the deeper and more complex variables that fed violence in Colombia during more than 50 years. These included longstanding rural development gaps, a tradition of political violence, and illicit crops and drug trafficking.

While touted for a number of innovations, the agreement made particular headway in addressing one of the most difficult issues: how to give appropriate response to the more than 8.7 million victims of the armed conflict and still persuade the FARC-EP to lay down its weapons. In the end, a “comprehensive" system of transitional justice was agreed with different mechanisms for justice, truth, reparation, and non-repetition.

A system tied unto itself

Rather than having “only” justice, truth, or reparation, Colombia’s system establishes complementary mechanisms that are expected to work harmoniously, simultaneously and on an equal footing.

This intricate system tackles one of the main shortfalls of the past experiences in redressing legacies of gross violations: their piecemeal nature. Rather than having “only” justice, truth, or reparation, Colombia’s system establishes complementary mechanisms that are expected to work harmoniously, simultaneously and on an equal footing to: fulfil victims’ right to the greatest extent possible; ensure accountability and provide legal solutions for those who were involved in the conflict; and foster reconciliation.

The Special Jurisdiction for Peace (JEP in Spanish) is the judicial body responsible for prosecuting the most atrocious crimes. It has the authority to offer lighter (“reduced” or “restorative”) sanctions to those who disclose their crimes and provide reparation to victims. The system also establishes two extrajudicial bodies: a truth commission and a special unit on missing persons. With regard to reparations, the agreement builds on the work of the Victims’ Unit, established in 2011 to provide collective and individual reparations. It also sets forth reintegration and legal guarantees aimed at breaking the cycle of violence.

The whole system is tied unto itself, by design not by accident.

But as important as the mechanisms themselves are the rules that connect them. First, there is the principle of conditionality: ex combatants will only receive amnesties or lighter sanctions if they come forward with the truth, repair the victims, guarantee non-repetition of crimes and comply with the reintegration program. Second, the interconnectedness between sanctions, reparations, truth, and reintegration makes it impossible to separate one action from the other.

For instance, a person deemed eligible for a restorative sanction, must perform actions set out in a list which includes demining, crops substitution, reconstruction of social and community infrastructure and the recovery of environmental areas, among others. These actions fall in the collective reparation program and are mentioned in the agreement as options through which ex FARC members can contribute to the reparation of victims, complying at the same time with their reintegration into society. In other words, the whole system is tied unto itself, by design not by accident.

The risks of atomisation and overload

But, can this all work?

Such an approach has never been tested in practice

Until now, such an approach has never been tested in practice, and for that reason the issue deserves careful assessment. The early signs are that the comprehensiveness is both a strength and a weakness, inasmuch as it allows to overcome the limited reach of each of the measures, conceived and applied individually, and for a more holistic treatment of the multiple causes and consequences of the armed conflict. But it also risks atomised interpretations on its implementation and triggering unmanageable and confusing overload of processes and expectations.

Indeed, one of the many challenges at present is over the understanding of comprehensiveness itself. There simply is no consensus between the judicial, extrajudicial and governmental institutions involved in the system, on the way forward as a “collective enterprise” of transitional justice.

For example, a constitutional amendment in April 2017 created the “comprehensive system”, as well as the new mechanisms which started working earlier this year. However, laws passed through Congress did not elaborate further what was contained in the agreement with regard to this principle. It is not surprising, therefore, to see that the various truth, justice, reparation and non-repetition bodies are undertaking and deploying their efforts and actions individually, without an established channel or strategy of collaboration. On occasion, they even assume roles that belong to others. And while a coordination body for the system was created in the Statutory Law of the Special Jurisdiction for Peace, it only encompasses the mechanisms of the truth and justice components of the system, leaving aside reparations and reintegration bodies and policies.

Recommended reading
Mark Freeman: how you can negotiate justice and peace

The crucial need for coordination

All of this can make it seem that the idea of a comprehensive transitional justice system may be something too complex, too ambitious to be put into practice. Yet, there may not be a better alternative.

Without a comprehensive approach, it is very unlikely that the rights of the victims can be addressed in an adequate and timely manner. For example, without suitable coordination, the tribunal, truth commission, and missing persons unit could find themselves arriving at conflict-affected areas at three different moments, asking the victims to declare time and again what they have seen or suffered. This would not merely be inefficient; it would be re-victimizing. It could also result in some victims getting excessive attention, and others none at all. Without coordination there is no way for any individual mechanism to fill known gaps left by the others.

Another risk is of one mechanism overloading itself with tasks that belong to others. For example, the Special Jurisdiction for Peace could become overly ambitious in truth seeking, in promoting wider participation and in determining reparations, despite the fact that there are specific mechanisms established for those purposes. This would take away precious resources meant to be focused, in the Tribunal’s case, on accountability for those bearing greatest responsibility for the most atrocious crimes.

In the Colombian case, comprehensiveness should translate in practice through a coordination body that includes all, and that has a jointly established representation mechanism, common communication strategy, and set of rules on prioritisation, sequencing and information exchange. It also implies an effort by each entity to understand its “raison d’être” within a broader frame, such that they can work toward their individual purposes and at the same time help and benefit the collective system. This would allow them all to fill gaps in functions and capacities and to avoid excess caseload, thus enabling them to better meet the expectations of victims and society.

In a country where 20% of the population has suffered the consequences of the armed conflict, it is unrealistic to think that a tribunal or a truth commission can, alone, manage to give an adequate response to the horrors of the past.

In a country where 20% of the population has suffered the consequences of the armed conflict, it is unrealistic to think that a tribunal or a truth commission can, alone, manage to give an adequate response to the horrors of the past. In that regard, comprehensiveness is the right idea; the necessary idea. Even though the ambition of comprehensiveness poses several challenges and must therefore be tempered by the discipline of coordination and cooperation across its moving parts, it is the single most important element of the peace agreement in order to respond to the victims’ rights in the best possible way. 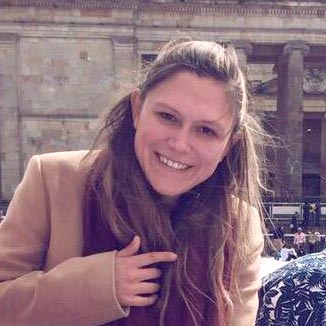 Mariana Casij Peña is a Junior Associate with the Institute for Integrated Transitions (IFIT) in Bogota where she works primarily on issues related to transitional justice. Prior to joining IFIT, Mariana worked as a consultant for the Presidential Advisor for Human Rights in Colombia and as a legal adviser for the Victims Unit during the negotiations between the Colombian Government and the FARC, as well as during the subsequent implementation phase.