The day before, lead counsel of Gambia’s Truth, Reconciliation and Reparations Commission (TRRC) Essa Faal told the country of the coming testimony of an “important witness”. And on June 20, before an expectant audience appeared a serious looking General Alagie Martin.

Like most senior men in former president Yahya Jammeh’s inner circle, Martin used to be feared. He was not an individual whose orders or directives, whether legal or illegal, could be objected. He made a name for himself as a soldier loyal to Yahya Jammeh. He is credited for often saying “Oga [Yahya Jammeh] before God”. (Oga means “the boss” in Nigeria’s yoruba language.)

As a former top member of the influential State Guards Battalion, Martin has been one of the most adversely mentioned senior officials near Jammeh concerning torture of detainees since 1995. Several people, including Sanna Sabally, a former vice-chairman of the military junta who later fell out of favour with Jammeh, implicated him. On June 18, Babou Janha, an ex-driver of Colonel Ndure Cham who was involved in a 2006 foiled coup against Jammeh, told the Commission about his torture ordeal at the National Intelligence Agency (NIA) on orders, he said, of Martin. He put the general among the five toughest torturers close to Jammeh.

“You call it beating, we are calling it torture”

According to his alleged victims, Martin’s tools of torture included butt-stroking people with an AK47 rifle, kicking, electrocuting, and suffocation with plastic bags, among others. But the general had not been much of a public face, and most people did not know him as much as they have heard about him. Now he was for anyone to see.

After some minutes of push and pull on whether butt-stroking people with AK47 and suffocating them with plastic bags was torture or beating, Essa Faal gave up. For Faal, there were lots of cases to cover and Martin had already accepted doing the acts themselves. “Now you call it beating, we are calling it torture,” Faal snapped, sealing the conversation.

The once feared general who was staring at Faal suddenly looked in the direction of the eleven commissioners. He appeared subdued, as if it was becoming clearer who was in charge. “Okay,” he said. When the TRRC resumed from a 30-minute break, Martin appeared politer, admitting that they were torturing people.

Among the people Martin accepted torturing were Lt Sanna Sabally, Lt Sadibu Hydara, Lt Colonel Babucarr Sanyang and Captain Bunja Darboe. According to Sabally, Hydara died as a result of his torture wounds. Martin stated that they tortured Hydara on “only” two occasions and that those could not have killed him.

Martin’s main job was to beat confession out of people, a job which gave one the ability to control or determined what the “truth” is.

In 2006, several high-profile Gambian soldiers were arrested and paraded on national television for confession. They were reportedly involved in an attempted coup led by Colonel Ndure Cham. Among the soldiers being tried on media was Captain Bunja Darboe reading what was then thought to be their victory speech had the coup succeeded. The speech played a crucial role in the trial. It was later used as evidence by the court martial that sentenced several soldiers to jail, a lot of them for life.

But on June 19 Darboe told the TRRC that in fact the speech was fake. “I did not write any speech but I was made to write a speech in the conference hall [the National Intelligence Agency]. They said I must produce a speech. I wrote one page. And this was the speech they presented to Yahya Jammeh,” said Darboe. “It was a fraudulent speech.”

Darboe’s story was corroborated by General Alagie Martin. However, Martin denied forcing Darboe to write the speech, as Darboed had testified. He just said it was true that Darboe was forced by officers of the NIA.

After the 2006 coup, about 72 civilians and soldiers were arrested, according to Darboe. Ndure Cham fled the country. He was allegedly captured and later killed by state operatives. Also killed were former NIA director Daba Marenah, former Jungler Malafi Corr and Ebou Lowe, according to Darboe. (Gambian authorities claimed at the time that the three had escaped as they were being transported to Janjanbureh Prison.) Darboe, Janha and their colleagues were eventually pardoned by Yahya Jammeh in 2015.

The motto of Gambia’s TRRC is “never again”. Beyond investigating past abuse, part of its mandate is to suggest a path to institutional reforms that could prevent any reoccurrence of tyranny in the country. The newly repenting Martin said he was wholeheartedly behind the idea. “We are working on a new democratic dispensation to make sure [that] never again…,” he told the Truth Commission.

According to the evidence before the Commission, Martin was among the architects of the system he is now helping to reform. Indeed Martin still holds an influential position in the Gambian army and when asked by Commissioner Anna Jones if he should be there, his response was of typical Jammeh-style self-entitlement: “Resign? No. I am working. I have to work. One has to work and earn for a living. I have to work for this country. I have served this country for 38 years. I have to continue working for the family and for the Gambian people.”

Martin’s excuse for the past tortures was that “coups and counter coups were the order of the day”. “Even if I was mentioned [in a coup], I would have been taken,” he said. He eventually said after the 2006 coup, he regretted his actions. That statement came after the TRRC lead counsel had finished his questioning and passed him to the commissioners.

For a moment, the excuses stopped. “I apologized to everybody that I have wronged. It was unfortunate. We have to forgive. The situation was terrible,” said the general in his concluding statement.

The TRRC continued to look into harassment and intimidation tactics used by Gambia’s former president Yahya Jammeh against his opponents. Jammeh was known for his intolerance to dissent. But despite his tough rule, he was not without opposition. Women took a leading role in the Calama Revolution protests, led by the United Democratic Party’s deputy party leader Aja Mariam Secka, which eventually brought down Jammeh in early 2017.

Other women paid a price for their political stand.

Ahead of the 2001 presidential elections, Tata Camara, a native of Janjanbureh and strong supporter of then opposition UDP, was arrested by agents of the National Intelligence Agency for refusing to give up her party for Jammeh’s Alliance for Patriotic Reorientation and Construction party (APRC). At the time, Tata was breastfeeding a 1-year old child. “They took my child from me, put him on the floor at the police station and took me away,” Camara told the Truth Commission, crying. The child would later develop epilepsy though it was not clear if that was a consequence of the arrest.

Tata was illegally detained for 23 days. The only thing they asked her was why she joined the UDP. “When I wanted to come out of the prison [cell], I had to persistently knock the door. Sometimes I [had to] pee on myself… There was only one small window for ventilation,” she testified.

Binta Kuyateh was a supporter of Jammeh’s APRC before she changed allegiance to UDP. She was arrested by a paramilitary officer and taken to the office of the then governor of Central River Region, Ganyie Touray. “Governor Ganyie Touray told me: ‘You will not see the sun for a very long time’,” Kuyateh testified. She was taken to the Janjanbureh Prison, where she was detained for 23 days without charge or being even told what she had done wrong. She would be tormented with a court case that stretched for 4 months without any evidence. She would then be released after about five months of harassment.

Duta Kamaso was a member of Jammeh’s APRC. She distinguished herself by speaking her mind and express views that were against popular APRC views. She also endured arrest and several hours of interrogation by the NIA. 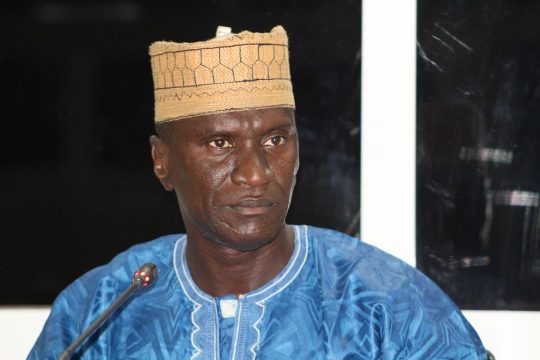 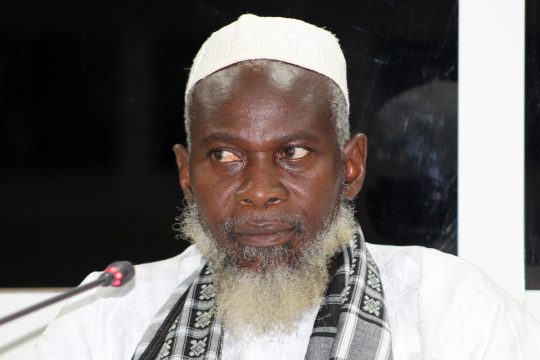 4 min 25
Gambia: When Jammeh’s NIA were “beating the truth out of people”
Most read

4 min 45
Gambia: "The President shortened the lives of these people, they were not supposed to die"
Truth Commissions - Related articles 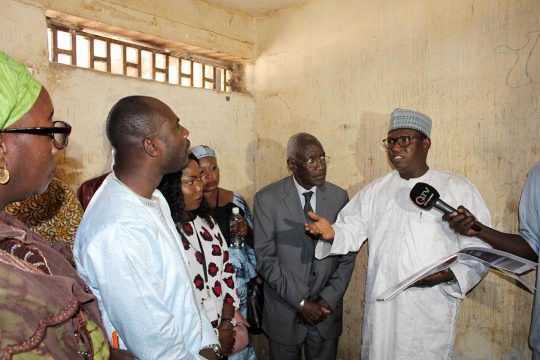 7 min 50
Gambia: The spy chief who knew too much or not enough