The Special Criminal Court (SCC) Statute gives the court jurisdiction over gross human rights and humanitarian law violations according to Central African Republic’s (CAR) domestic criminal code and its international obligations, namely war crimes, crimes against humanity and genocide which may have been committed in CAR since 1 January 2003.

The prospect of a trial and conviction, if an accused is found guilty, inevitably raises the question of reparations for the victims who will have civil party status. In fact, the SCC can award individual and/or collective reparations, including financial compensation, psychological support and agrarian or industrial funds. No trust fund mechanism is envisaged in the framework of the SCC to oversee the implementation of reparations awards. Yet, the enforcement stage of the award is not left unaddressed by the Rules of Procedure and Evidence (RPE).

In light of the immense challenges ahead for the SCC, particularly carrying out investigations in the current security climate, it might seem odd at first glance to discuss reparations at this stage of the Court’s existence. Nevertheless, while reparations are among the last issues addressed at trial, ensuring their proper implementation requires that challenges be addressed from the very beginning of the procedure. The implementation of court-ordered reparations, particularly in cases of international crimes, has proven to be an immensely challenging issue around the globe, including at the International Criminal Court (ICC). The resulting enforcement deficit has left a wide gap between the reparations awarded and what victims actually receive.

Proactive approach required from the Registry

Interestingly, at the SCC the RPE appear to have taken stock of such challenges and have suggested some novel ways to overcome them by requiring the Registry to take a proactive approach and tackle the challenges of implementation before the delivery of a reparations verdict.

Article 47 provides for a Support Unit for the victims and defense to be created within the Registry. This Unit should be in charge of, among other things, assisting victims in knowing their rights and coordinating legal assistance for indigent accused. The interesting provision on reparations lies in paragraph (d) of article 47 which tasks the Support Unit with elaborating guidelines for judges and civil parties to determine the most appropriate forms of reparations given the nature and scope of damage suffered by the civil parties.

Moreover, such guidelines would include funding proposals in case the funds of the accused are not enough. The Support Unit would be in charge of actual fundraising in this case. Such guidelines would require the Support Unit to develop early on coherent and streamlined working methods to determine the appropriate types of reparations in light of the scope of victimization on the ground and identify funding opportunities for reparations. Fundraising, as will be shown later, is a major stumbling block for making reparations a reality for victims. Efficient working methods such as those envisaged in article 47(d) can greatly assist in delivery the SCC’s reparations mandate.

Learning from past experience

Other provisions in the RPE that aim at strengthening the managerial practices of the SCC are also likely to support the effort of the Registry in tackling the challenges of reparations. In fact, the drafters of the rules appear to have been mindful of the fact that, for the Court to deliver its mandate, the overall efficiency of its procedure had to be well framed to overcome the lengthy procedures that have often characterized international(ized) tribunals. The rules set tight deadlines and provide for accountability for organs that encounter delays. For example, Article 49 of the RPE provides for a “Management Committee” which includes the heads of the main Court’s organs including the President, the Registrar and the Prosecutor. The Management Committee is meant to meet at least once every semester to ensure the coordination of judicial, administrative and budgetary issues and provide relevant advice on such matters.

The experience of mass claims programs around the world have demonstrated how the procedural efficiency of reparations programs can greatly contribute to cutting costs and expediting procedure. The ICC Trust Fund for Victims’ poor management has led to considerable delays in the implementation of reparations awards right from the first award in Lubanga, up to the Chambers’ harsh criticism of its implementation of the latest award in Al-Mahdi.

The political challenge of fundraising for reparations

The primary source of funding is the convicted person’s assets. While it is common for accused in international crimes cases to be indigent, this is not necessarily the rule. Jean-Pierre Bemba Gombo, who stood trial before the ICC for alleged crimes committed in CAR before being acquitted by the Appeals Chamber, had significant assets frozen that could have been used for reparations had he been found guilty (although his defense argues that his assets have lost value due to ICC mismanagement).

Another avenue for securing the funds is fundraising, which requires not only relevant skills but also political support for it to succeed. Donors and particularly states are reluctant to provide funds for reparations which they perceive to be the responsibility of the accused and tend to prefer to invest such funds in development aid. With less interest by relevant stakeholders and particularly donors, finding funds to pay for reparations awards becomes more challenging, bearing in mind that the criminal trial tends to attract more attention than the reparations phase. The publicity a case gets is an important asset in fundraising. But one needs to compare the amount of coverage the Hissène Habré trial received, as opposed to the current phase during which the reparations award in this case is supposed to be implemented.

Donors’ attention and resources could also be drawn not only towards development aid but also towards other potential transitional justice mechanisms in CAR, particularly a Truth, Justice, Reparation and Reconciliation commission, or a national trust fund for the compensation of victims. The idea of a truth commission and nationwide efforts to provide reparations to victims in CAR has been floating for a while and appeared in the recommendations of the Forum de Bangui in 2015 and the recent Khartoum Peace agreement signed by warring factions in February 2019. Unlike court-ordered reparations, which suffer from the limitation of benefiting only the civil parties in the cases that result in a conviction, nationwide efforts for providing reparations can be designed to be more inclusive and provide reparations commensurate with the scale of the crimes committed.

Tackling reparations from the very beginning will be a challenging task for the Support Unit of the SCC, whose mandate also includes informing victims of their rights and organizing legal aid. This will mean that reparations will not rank among the most urgent issues to address at the beginning of the procedure by the Registry, and understandably so, given the breadth of its mandate and its limited financial and human resources. Nevertheless, failing to overcome the challenges of reparations when they are ordered has proven to be a problem that is likely to lead to significant frustration of the victims. 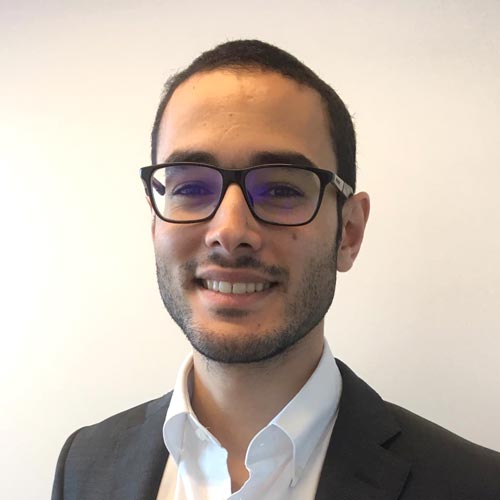 Nader Iskandar Diab is a researcher in international law. He is a former legal officer at Redress Trust. During his time at REDRESS he worked on improving victims’ access to justice and reparations before national and international jurisdictions. He holds an LL.M in International Humanitarian Law and Human Rights from the Geneva Academy.

This article was written in a personal capacity and does not necessarily reflect the opinions of the author's current and former employers.