by Patsy Athanase, our correspondent in the SeychellesThe June 5, 1977 Seychelles coup d’Etat was “virtually bloodless”, Wikipedia says. Only virtually. This is why the Seychelles’ Truth, Reconciliation and National Unity Commission (TRNUC) wanted to ask the country’s current Attorney General, Frank Ally, about two deaths reported on that same day.

Facts are as follows. Davidson ‘Son’ Chang Him was shot dead in the back on the day of the coup d’Etat, in the precinct of the Central Police Station in the capital Victoria, where he had reported after learning the police had been looking for him. The same day, Berard Jeannie, a police officer who was on duty at the armoury at Mont Fleuri police station, was killed when the coup perpetrators stormed the place to steal weapons.

Both families have filed complaints before the Truth Commission - Dorothy Chan-Him et al, the children of Davidson Chang-Him, and Roch Jeannie, the brother of Berard Jeannie. They said no investigation was ever conducted and neither family has received assistance from a special fund set up after the coup – the Liberation Memorial Fund.

Attorney General Ally was asked to come before the TRNUC to clarify whether anyone had been prosecuted for the killings. “ I am unable to say whether there was an investigation in the two specific cases,” Ally told the Commission.

Before 1982, the police force had the mandate, just like the Office of the Attorney General, to prosecute some criminal cases under the penal code following an investigation, Ally told the Commission. “However, a crime of this nature - where two persons were killed - would have been referred to the Office of the Attorney General for prosecution,” he said. “It should be noted that at the time of the incident, there was no system in place to record the cases.” His search for the two case files has been unfruitful, he declared. Ally was also of no help to identify who was Attorney General in 1977. He couldn’t recall.

No trace in the Liberation Memorial Fund

He was then questioned on the Liberation Memorial Fund, established soon after the coup to assist the families of those killed on June 5, 1977. The fund was established by former President Rene, through a presidential decree in October 1977. “At the time the National Assembly could not pass any laws. As a result, all legislative powers were taken by the president of the republic,” said Ally. The decree’s objective was indeed, he believed, to “provide for the maintenance, education, benefit or advancement of those persons who were wholly or substantially [supported] by the three persons who died on Liberation Day”, namely Berard Jeannie, Davidson Chang Him and Francis Rachel, a member of the coup killed by a ricochet bullet.

The Fund was run by a board of trustees. When testifying before the TRNUC last September, former chief of the Seychelles Police Defence Forces Brigadier Leopold Payet confirmed that the three members of the Board of Trustees were former president James Michel, former Governor of the Central Bank Francis Chang Leng and himself. He informed the commission that the decree was amended in 1978 to include another name, that of Freddy Lalande, another deceased whose dependents were to be assisted under the Fund. This was later extended to the families of military personnel.

Ally could not confirm whether the dependents of the three initial persons who died on June 5, 1977 were supported financially as no documents were found on the matter. “I think this is an opportunity for the Commission to recommend in its report to the President that the State should provide reparation to these families. This is one of your roles, to make reparation based on evidence collected,” he said. 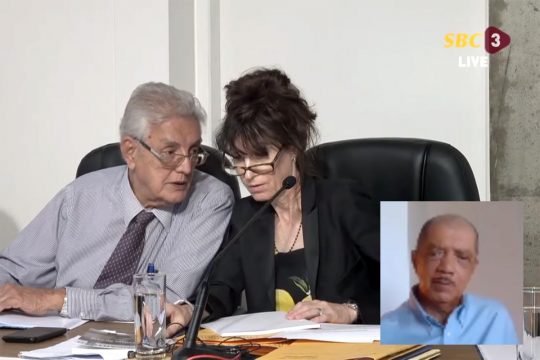 The Seychelles Truth Commission hears about the 1977 coup

Following Seychelles’ independence from Great Britain in 1976, the island nation had a Bill of Rights and a chapter on human rights in its Constitution, added Ally. But in 1979, with the enactment of the Second Republic, the country did away entirely with the Bill of Rights. “After the coup, the chapter with regard to human rights was suspended, but there was a time during the coup that the chapter on human rights was not suspended, “ explained Ally. “It was in full operation albeit for a short time.”

Ally said that while he welcomed the commission’s approach to get the government’s opinion on what took place after the coup, this in itself would be a difficult task since the violations occurred a long time ago. “A lot of actions taken by the government at the time were taken under a law that existed. [Was] the law fair or not? Was it an abuse of human rights or not at the time? There may have been situations where abuses were committed even though the law did not permit such actions,” said Ally.

Referring to the Truth, Reconciliation and National Unity Act of 2018, Ally stated: “I am of the view that the Act is unambiguously clear. The way the law is drafted is to look at human rights violations and when we talk about human rights, the TRNUC should look at it as it is supposed to be - as alienable rights.” “My view,” he continued, “is that the way the law was drafted, anyone who feels that he has been subjected to a violation can make a complaint. Irrespective whether it was under the law of 1977, or 1978, your right not to do certain things was curtailed,” concluded Ally. 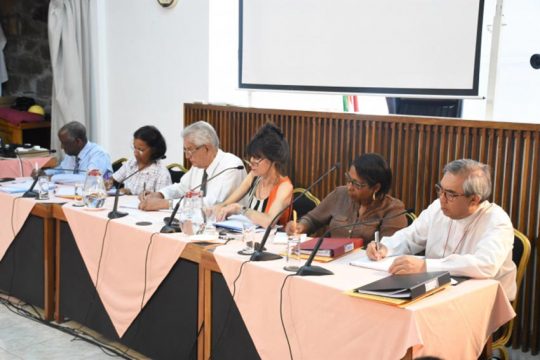 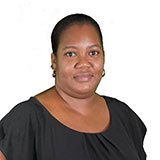