Child protection was the first call to action of Canada’s Truth and Reconciliation Commission (TRC), which issued its report in December 2015. The commission heard from more than 6,000 witnesses, most of whom survived the experience of living in residential schools for Indigenous children. The stories of that experience are “sometimes difficult to accept as something that could have happened in a country such as Canada, which has long prided itself on being a bastion of democracy, peace, and kindness throughout the world”, says the TRC report. Children were "abused, physically and sexually, and died" in these schools. But more than four years later, the issue of compensation for Indigenous children placed in institutions is proving a challenge on the path to reconciliation officially advocated by Prime Minister Justin Trudeau.

Between the end of the 19th century and 1996, more than 150,000 Indigenous children were taken from their families, culture and land and placed in residential schools, mostly run by religious communities. "Canada's colonialism in its relationship with Indigenous peoples goes back a long way,” says the TRC's final report, which points to residential schools as a key instrument of this policy.  “This history, and the policies of cultural genocide and assimilation associated with it, have left deep scars on the lives of many Indigenous people, on Indigenous communities and on Canadian society as a whole, and have had devastating effects on the relationship between Indigenous and non-Indigenous people. The harms have accumulated over a very long period of time and relationships have deteriorated at the same rate, and it will take time to heal the wounds of the past."

In order to prevent new generations from being uprooted from their environment, the TRC proposed a reform of the child welfare system. Among other things, it called on the federal government to allocate "sufficient resources to enable Indigenous communities and child welfare agencies to keep Indigenous families together...and to keep children in culturally appropriate environments, regardless of where they live” 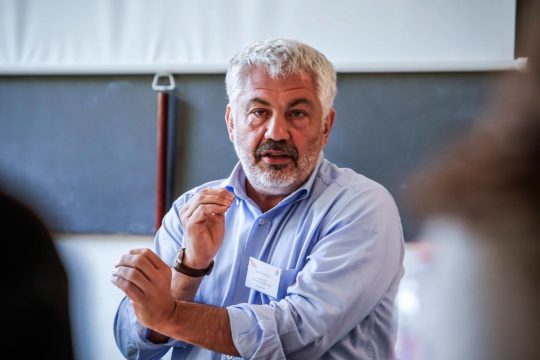 Jean-Pierre Massias: “The Canadian commission is a new model for transitional justice”

Since then, some funds have been released. According to Ottawa, investments in First Nations child welfare services reached approximately $1.2 billion between 2016 and 2018. The 2018 budget provided a new investment of $1.4 billion over six years. Since 2016, the Government has also provided $679.9 million to implement “Jordan's Principle”, which aims to ensure that all First Nations children living in Canada have access to the goods, services and support they need to meet their health, social and educational needs. And in January 2020, legislation came into force that allows Indigenous children to be cared for in their own communities.

Despite this, however, child welfare and the question of compensation are still thorny issues. First Nations children are still very over-represented in the child welfare system, a situation that the federal government has described as a "humanitarian crisis". According to the 2016 Census, they accounted for 52.2% of children in foster care, whereas they represented only 7.7% of the national population under the age of 15.

While the TRC's findings concerned the children in residential schools, there was another event that increased pressure on the government to do more. A year after the TRC issued its report, the Canadian Human Rights Tribunal issued a decision that the complainants – the Assembly of First Nations and the First Nations Child and Family Caring Society – hailed as "landmark". The decision ordered Indigenous Affairs, a federal government department, to change the First Nations Child Services program "to stop its discriminatory actions" and "to cease its narrow definition of Jordan's Principle”. Then, the Minister of Indigenous Affairs, Carolyn Bennett, acknowledged that "one of the problems is that services have been unevenly delivered across the country. Not only is there not enough money, but it is poorly or unevenly distributed". But the court did not make specific orders for reparation to the victims.

In September 2019, the same court ordered the federal government to pay 40,000 Canadian dollars (27,000 euros), the maximum provided for by law, to First Nations children who were taken from their families and communities through the on-reserve child welfare system since 1 January 2006. In this order, which followed its 2016 decision, the court stated that "Canada has focused on financial considerations rather than on the best interests of First Nations children and respect for their fundamental rights”. The court also ordered compensation for each "parent or grandparent" responsible for children needlessly removed from their homes.

According to several estimates, approximately 54,000 children would be affected, representing at least 2 billion in compensation to be paid by the government, excluding the compensation ordered for parents and grandparents.

After the judgment, Indigenous satisfaction was short-lived. Prime Minister Trudeau, despite being pro-reconciliation, decided to appeal the decision. "I never want to hear another Liberal talk about reconciliation again. Never again!" NDP Cree Nation MP Romeo Saganash reacted on Twitter on October 4. "No one was surprised," said Indigenous lawyer Jacynthe Ledoux. "We expected the Canadian government to appeal this decision, to fight tooth and nail not to pay the compensation. This is a difficult decision for Canada. It seems to be a financial issue.

Trudeau, while agreeing the need to "compensate those who have been injured," also asks: "But how do you compensate them, how do you do it the right way?" The government would instead like to settle in a separate class action lawsuit begun in early 2019. Ottawa says the court's decision limits the families who could receive compensation and calls the judgment "incoherent”.

For Assembly of First Nations Chief Perry Pellegarde, "Ottawa could have addressed a failing system and redressed the inequities, but it didn't. We need to do something about it. Appealing this decision is hurtful and unfair”. NDP MP Charlie Angus, who has been raising the alarm about Indigenous conditions for years, agrees: "The Trudeau government has refused to heed the calls of the Truth and Reconciliation Commission. Children have died in this broken system, but the government continues to fight to deny justice.”

In December, Angus tabled a motion in Parliament calling on the government to “end its legal war and negotiate fair compensation”. "It was supported by all parties, including the Liberal government,” he says. “But they continue to ignore Parliament and the court with their legal tactics."

There have been many reactions. "Canada is continuing its judicial challenge with the goal of cancelling all financial compensation," said Cindy Blackstock, Executive Director of the First Nations Child and Family Caring Society. "This is not in line with reconciliation, it is just another brick in the wall of Canadian indifference," sighs Ledoux. The government's challenge is "morally and ethically unacceptable," says France-Isabelle Langlois, Executive Director of Amnesty International for francophone Canada, who nevertheless remains optimistic. "It is not in the government's interest to let the case drag on and make it confrontational,” she says. “Its starting position is to move towards reconciliation and compensation and it is acting in good faith. But there is the financial side, and we understand between the lines that it represents a lot of money. We are hopeful that this is going in the right direction and that there will be compensation, but how, and when?"

In January, negotiations on how to compensate these children appeared to be moving forward and all parties agreed to extend the deadline for Ottawa's response to compensation claims to February 21. But a few days before that deadline, the Assembly of First Nations decided to launch a federal class action lawsuit to seek damages, also for the children who are not covered by the Canadian Human Rights Tribunal's decision.

Ledoux thinks there is nothing unusual about "an interaction between negotiation and use of the courts. When negotiations are stalled or slowed down, sometimes litigation should be seen as a means to move negotiations forward, not as an end to the discussion”.  For France-Isabelle Langlois, this lawsuit is nonetheless "a strong signal that there must be redress and compensation. It is part of the process”.

As the TRC noted, "getting to the truth has been difficult, but reconciliation will be more difficult.