As reported by Justice Info on the 7th and 14th April 2020, for the first time, a high-level prosecution witness, Gibril Massaquoi, a relocated insider from the Special Court for Sierra Leone (SCSL), has been arrested and charged with a range of crimes against humanity and war crimes, including murder, torture and rape. The Finnish authorities decision to prosecute has laid bare a schism in the SCSL’s Office of The Prosecutor (OTP), with some regarding the Finnish move as justified, especially in light of Massaquoi’s refusal to come clean – a failure that undermined his utility as a cooperating witness – and others viewing it as a “politically damaging action that will impact future war crimes prosecutions”.

Of course, as the two-part article published in Justice Info discusses, such diverging views may well have some basis in the differing legal cultures of those ex-OTP staff, some from the US and some from Europe. They may also have a lot to do with what Eric Witte, a former special assistant and political advisor to Chief prosecutor David Crane from 2003 to 2005, observed – the role of the investigation section in cultivating insiders and the questions raised by the way the section was run.

However, none of these explanations fully hit the mark. Differing legal cultures do not tend to lead to such vastly differing views concerning the importance of particular insiders and the probative value of their evidence. Moreover, investigation sections in international courts are not independent organs but subordinate entities that exist for the sole purpose of serving the court process. The role of the investigation section in handling insiders cannot be divorced from either the hierarchy of the OTP or the requirements of due process. They work according to the direction and oversight of their superior OTP offices and the judiciary in charge of the cases.

Instead, the divergent OTP views concerning the utility and relocation of Massaquoi reflects a more troubling feature of the SCSL’s judicial process: the uncontrolled quid pro quo that provided prosecution insiders with significant cash and other benefits, including relocation, in exchange for testimony, without any meaningful oversight by either the OTP or the SCSL’s judiciary. The refusal of the Registrar and the Prosecutor of the Residual Court – the body that has taken over the SCSL – to speak out on the Massaquoi case, even though it challenges the authority, interests and reputation of the UN court and the prosecutor’s office in particular, speaks volumes about this particular Pandora’s box. Sometimes least said, soonest mended.

To this extent, Gilbert Morissette, who, during his tenure, occupied both deputy and chief of the investigations at the SCSL, is to be applauded for his honesty. He is the only one to admit what was obvious to anyone interested in fair trials at the SCSL. As he said in court in the trial of three former leaders of the Revolutionary United Front (RUF), including my client Issa Sesay, and repeated recently in the Justice Info article, the Prosecution at the SCSL paid witnesses for information: “You scratch my back, I’ll scratch yours. [… ] Money is given to sources for valuable information, transport and communications, for example. This is perfectly normal practice, very well recognized in Canada and the United States, morally accepted by the courts.” Whilst somewhat sobering to be reminded of this practice at an international criminal court, it is rare, if not unheard of, for anyone in the OTP at any international criminal court, let alone the SCSL, to be so candid.

A question of institutional integrity and the rule of law

Putting aside the morality of paying tens of thousands of dollars for testimony to ex-rebel commanders who only months before had been raping and pillaging their way through Sierra Leone villages, if it was to be accepted as “perfectly normal practice”, then that process had to be open and transparent so that the impact on the judicial process could be properly assessed. It is not only a question of the immediate testimony and the immediate trial, essential though those enquiries were. It is a question of making sure that all concerned parties, the witnesses themselves, the accused, the judiciary, the affected communities and purportedly cooperating states such as Finland were fully in the picture concerning the nature of the benefits and the bargaining process, allowing the obvious risks to be properly managed. It was a question of institutional integrity and the rule of law.

Instead, the SCSL had none of the critical safeguards in place and the Massaquoi affair speaks eloquently to those deficits. Investigators interviewing potential witnesses or accused failed to keep or preserve notes, even when those interactions lasted for months and even when those individuals were, like Massaquoi, heavily implicated in the most serious crimes and more than happy to save their necks and feather their own nests at the same time. The Rules of Procedure and Evidence did not provide any mention of the practice of cultivating insiders, let alone paying witnesses. The OTP never developed or recorded a set of Standard Operating Procedures, or SOPs, for its investigators. Investigators involved in covert missions to gather evidence from sources abroad or secure the cooperation of an insider witness were expected to adhere only to a set of vague standards referred to by the founding Prosecutor as “tradecraft.” David Crane described the OTP’s tradecraft as, “Techniques—investigative techniques and intelligence techniques—that were followed by our office, that didn’t have to be written down. It’s part of the way things are done... I called it dancing with the devil.”

When the end justifies the means

The evident problem exposed by the Massaquoi affair is that the devil appears to have been leading the dance. And he was not alone. The OTP’s Witness Management Unit (distinct from the Registry’s Witness and Victims Unit available to the Prosecution and the Defence) was responsible for the tradecraft. Despite the unwillingness of the OTP to explain the nature of the bargains being struck, details of some of the payments emerged, often from the witnesses themselves or other organs of the Court. Despite being in the care of the Registry’s Witness and Victim’s Unit, Massaquoi was taken on regular Sunday sojourns, including to the most expensive restaurant in town and received thousands of dollars for his trouble. Another witness received $15,000, explained only as “benefits”. A witness in the RUF case confirmed that the Prosecution gave him $100 every time he went to them: it was “just possible that they wanted to help”. One critical insider witness in the RUF case confirmed during cross examination that the Prosecution had handed them money in an envelope and told them to “put it to good use and take care of yourself”.

Of course, prosecuting organs of international criminal tribunals must guard against this type of inducement. It is incumbent upon international prosecutors and the investigators they supervise to resist the temptation to adopt an ends-justify-the-means approach to investigation or prosecution. It is even more important that the judiciary when confronted with this type of conduct insists upon transparency and is prepared to lift the veil.

The judges turning a blind eye

At the end of all the insider evidence, the RUF Defence filed a Motion to hear evidence from the OTP to explain the nature of the payments so that their legitimacy or otherwise could be fully assessed. Rejecting the motion, the Chamber claimed that it “was not raised at the earliest opportunity and that no material prejudice has been caused”. Of course, this was offensively nonsensical. It is never too late to hear evidence of this kind in a trial and benefits administered through an unregulated slush fund available only to one party causes nothing but material prejudice.

Even more shocking, at least to those with an interest in due process and fair trials, in the final RUF Judgment, the Trial Chamber simply airbrushed the payments out of existence. Each Prosecution insider’s testimony was accepted as true without even a single, passing reference to a single payment. Even the reliability of a critical insider who candidly confirmed that since cooperating with the Prosecution he was able, ”to sleep in a decent place”, had “decent food to eat” and consequently wanted to “help them, today and tomorrow” was not worthy of judicial comment. It was as if the issue had never been raised, let alone raised continuously over a 4-year trial. At the end of the trial, despite the evidence indicating quid pro quos involving thousands of dollars and relocation packages for the benefit of those heavily implicated in war crimes and crimes against humanity, the SCSL Judges preferred to turn a blind eye.

And so, the Finnish authorities are right to prosecute Massaquoi. As Penelope Van Tuyl observed in her eloquent critique of the OTP’s investigative processes, “[d]ue process is not a gratuitous entitlement or privilege of the accused — it is the sine qua non of this entire “experiment” with international criminal justice”. It ought to go without saying that bargains of the kind that were commonplace at the SCSL cannot be left to the discretion of the OTP. If the ends are to justify the means then those bargains struck in the name of so-called international justice must be examined. If the OTP cannot even decide amongst themselves the ‘value’ of an insider and are able to pay those witnesses irrespective and without any judicial concern, the court cannot claim to care about fair trials. Nor can they expect others, whether the Finnish authorities, other national judicial authorities, or the affected communities, to respect their quid pro quos, that ultimately sees them disregarding serious violations of international criminal law in exchange for cooperation. If international courts decline to do so, then others must step in to bring insiders like Massaquoi to justice and otherwise safeguard procedural integrity and ensure the rule of law. 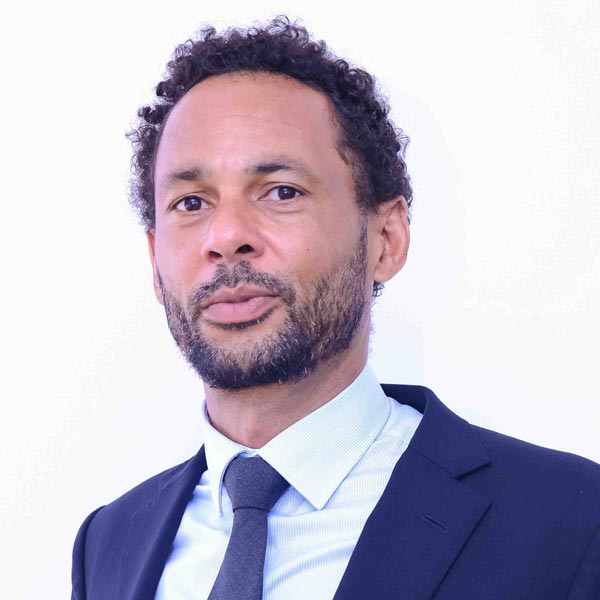 Wayne Jordash QC has appeared as a defence lawyer before contemporary international tribunals for Rwanda, Sierra Leone, the former Yugoslavia and Cambodia. From 2003 to 2009, he was Defense counsel before the Special Court for Sierra Leone for the former leader of the RUF Issa Sesay. Jordash is the managing partner of Global Rights Compliance LLP.

Copy this HTML into your CMS
Press Ctrl-C to copy
Sierra Leone : Related articles
Massaquoi acquittal: What has it Wrought?
Acquittal of Massaquoi: reality check for Finnish justice
Most read
Did Christopher Columbus commit genocide?
Everything you need to know or argue about a special tribunal on Russia’s crime of aggression
Opinion - Related articles
Colonial racism catches up with Amsterdam Rijksmuseum
In Finland, Sámi rights take central stage in national politics