A month and a half ago, the Tunisian authorities decided to close all the country's courts, including the 13 judicial chambers specializing in transitional justice, as part of preventive measures against the spread of Covid19. This pause will soon be interrupted to begin a phase of gradual de-confinement starting this week, which is not without concerns for victims in the Tunisian Transitional Justice Network, a coalition of victims' NGOs.

"Will the reconciliation that is again being talked about in recent days, especially by head of parliament Rached Ghannouchi, as a miracle solution to all the country's ills and perils, put an end to the specialized chambers?" asks Houcine Bouchiba, coordinator of the Network. He fears that the new government of Elyes Fakhfakh, which has made transitional justice one of the priorities of its roadmap since its appointment at the end of February, will turn away from it after the end of the health crisis, because of new economic priorities in a country that is on its knees.

But not everyone shares his concern. For Judge Raoudha Karafi, Honorary President of the Association of Tunisian Magistrates (AMT) and a fervent activist for transitional justice, this forced leave of absence for the specialized chambers "embodies an opportunity to rethink their functioning, their needs and the stakes they represent in order to find solutions to their obstacles.”

The trials of the specialized chambers, inaugurated in May 2018 to try serious human rights violations committed between July 1955 and December 2013, cover the abuses suffered by all political opponents in Tunisia from the eve of its independence to the first post-revolutionary years of 2011. They have had great difficulty in bringing suspects to court, particularly given the refusal of security forces’ unions to secure the courts if colleagues suspected of torture are called to the stand. No judgments have been handed down so far.

The delays can be attributed to both the political and judicial authorities, according to Karafi, "the executive, since the judicial police attached to the Ministry of the Interior never respond to the summons issued to police officers. This is a political decision of the former government to drag out or kill the process. And it should not be forgotten that the judges of these chambers operate under threat from influential political parties and media figures hostile to transitional justice, in addition to intimidation from police unions. "Their physical and moral integrity is in danger," says the magistrate. 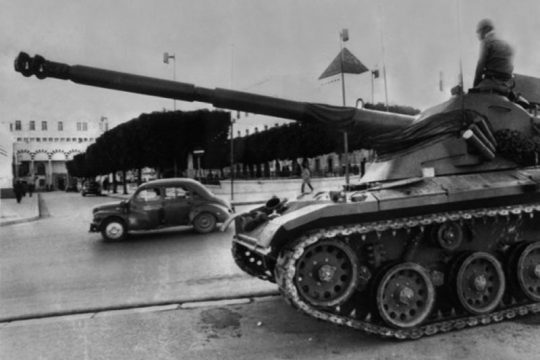 Tunisia’s specialized courts at a standstill

Karafi also points to the responsibilities of the Supreme Judicial Council (CSM), created in 2017, an independent structure that is supposed to guarantee the separation of powers and support the proper functioning of the judiciary.  "The Council is responsible for the stability of the magistrates of the specialized chambers, a good part of whom are transferred with each annual judicial rotation. This leads to instability in these structures, delays in the processing of cases and incomplete chambers that are not allowed to sit until the new magistrates have been trained in transitional justice. This is why, for example, the Tunis chamber has this year suspended its hearings for several months," explains Karafi.

This expert in the workings of the judiciary thinks the solutions are in the hands of the CSM, which she says “needs to have a strategy concerning the specialized chambers”. “Enough judges need to be trained so that in cases of transfer, former magistrates can be easily and quickly replaced. In any case, this training based on human rights, international treaties, freedoms and the fight against corruption are beneficial for the entire penal chain."

The magistrates are overburdened with work as they combine transitional justice and ordinary justice cases. Avocats Sans Frontières and other NGOs involved in supporting transitional justice therefore recommend that the heads of courts relieve the judges of the specialized chambers so that they can move forward on cases of serious human rights violations.

This is what has just been decided at the specialized chamber in Tunis, where President Ridha Yacoub and his team are now dealing only with transitional justice.

"This measure should be extended to other courts in the country, especially those where the specialized chambers have received many cases," says Emna Sammari, a doctoral student at the Faculty of Legal, Political and Social Sciences in Tunis and co-author of "Justice and Reconciliation in the post-Arab Spring Maghreb". For Sammari, another threat hangs over the specialized chambers. According to her, their judgments risk being overturned for failing to respect fundamental constitutional rights, including the right to a fair trial "since according to the Tunisian Constitution, citizens are entitled to two levels of jurisdiction, but the Transitional Justice Act does not provide for a transitional justice appeals court”.

Karafi expresses confidence in the future of the trials after de-confinement. For her, a solution exists to address the issue raised by Sammari. She proposes a government decree providing for courts of appeal for the specialized chambers.

"Above all, let's not resort to summary justice that can turn the accused into victims!” says the honorary president of the Tunisian Magistrates' Association. “The most important thing is to pursue a process that is in accordance with the rules and that represents a real therapy for the whole country, a process that shows the judicial system to be an institution that can guarantee the rights and freedoms of Tunisians!"