It’s a quarter of a century—and half of my lifetime—since the 1995 Srebrenica genocide happened. Or, more accurately, since it was planned and committed by an army and a police force trained, equipped and sponsored by Bosnia’s neighbour, the state of Serbia. This genocide was also allowed to happen by important actors within the international community who chose to play the role of passive bystanders, even though that was not only morally wrong but also against international law and the 1951 Convention on the Prevention and Punishment of the Crime of Genocide.

This was the first act of genocide in Europe after the Holocaust. It was also the first genocide ever to happen in a formally declared United Nations safe area. At the time, the United Nations had its troops on the ground in Srebrenica with the mandate to protect people trapped in this largest refuge for Bosniaks [Muslim Bosnians] in eastern Bosnia. Instead of becoming a triumph of the U.N., Srebrenica became a triumph of evil and one of the lowest points in the history of the world organization.

Through the U.N., the world was humiliated and an important part of the belief in humanism and our shared humanity perished in Srebrenica. In a critical internal review in 1999, UN Secretary-General Kofi Annan admitted: “Through error, misjudgment and an inability to recognize the scope of the evil confronting us, we failed to do our part to help save the people of Srebrenica from the Serb campaign of mass murder.”

While remaining a real place with real victims and real survivors (and real perpetrators!), Srebrenica continues to serve as a metaphor for a “bystanders’ genocide”—a genocide that could have and should have been prevented.

Srebrenica as part of my own unresolved present

For many people—especially for the genocide survivors—what is depicted as a “troubled” or “unresolved past” is in fact an unresolved present, still affecting them on a daily basis, individually and collectively. Like for everyone else who was born or once lived in the region of eastern Bosnia, the Srebrenica genocide continues to be my own unresolved present, and has become a part of both my personal and my communal or collective memory and identity. The genocide has changed me and my generation. On July 11, at the collective burials of identified genocide victims that started in 2005, many, including myself, have carried the coffins of our close relatives and childhood friends to their final resting place at the Memorial Cemetery in Potočari. Every time, we felt that in these green light coffins, often containing just a few bones, we were also burying a part of ourselves.

The cemetery is just across the road from a former battery factory which back in 1995 served as military headquarters of the U.N. Dutch battalion. The large black letters “U.N” still stand written on a massive concrete block at the entrance of the former U.N. base. Inside the compound, graffities left by the Dutch soldiers are still visible on the walls. One reads ‘United Nothing’; many others have racist and sexist content written in the most vulgar and graphic terms, all referring to the local population that these soldiers were meant to protect and instead abandoned to their killers.

The importance of the ICTY

Much of the last quarter of a century was marked by the arrests of the fugitive masterminds and perpetrators and their subsequent extradition to and trial at the Hague-based International Criminal Tribunal for the former Yugoslavia (ICTY).

Without the ICTY it is hard to believe that many of the accused would ever have entered a courtroom as defendants for war crimes and genocide. While there are very strong, and often antagonistic, sentiments about the work and existence of the ICTY held by different groups in the region—especially among Serb nationalists who perceive it to be an “anti-Serb court”—many ordinary people in the region agree that the ICTY was the most important institution addressing the crimes and injustices against a wide section of the Bosnian civilian population during the 1990s.

There is also a widely-shared perception that the ICTY has often been mild in its sentences. Another source of frustration for survivors comes from the fact that the ICTY has not delivered any real restorative justice as there hasn’t been any direct benefit to the survivors and their communities from the convictions. Those who returned to their pre-war places still live under a de facto apartheid regime in Republika Srpska (RS), a Serb-controlled entity in Bosnia that was created through genocide and ethnic cleansing during the war.

More disappointingly, we haven’t seen much rehabilitation among war criminals after they completed their sentence in one of the many ICTY-designated prisons spread across Western Europe and Scandinavia. Upon their release, rather than coming out as reformed people and distancing themselves from the crimes for which they had been convicted, many prominent ICTY inmates have continued to deny, justify and glorify these crimes, thereby gaining themselves the status of heroes in the eyes of the nationalist political establishment and among their communities. This trend is a result of a carefully orchestrated political campaign run by those who continue to benefit from the legacy of war and genocide in Bosnia.

The alternative reality of Republika Srpska

On 20 March 2019, war-time Bosnian Serb leader Radovan Karadžić, former president of the self-proclaimed RS and the supreme commander of Bosnian Serb forces during the 1992-95 war, had his 40-year sentence extended to life in prison by the ICTY Appeals chamber. In spite of the tribunal’s ruling and the abundance of material evidence presented in the court proceedings, Serb nationalists in Bosnia and in Serbia have refused to accept the verdict. For them, Karadžić remains one of the greatest Serb heroes. Three years before, on 20 March 2016, Milorad Dodik, then president of RS and the current Serb member of the Bosnian Presidency, ceremonially opened a student dormitory named after Karadžić in Pale, near Sarajevo. Dodik has awarded Karadžić and other convicted high-ranking war criminals RS’ highest official honours. Honouring and celebrating convicted war criminals in RS and in Serbia has been a continuing part of Bosnia’s post-genocide reality.

There has been a coordinated institutional effort by RS and Serbia to create an alternative narrative and alternate reality to those based on the facts established by the ICTY. The construction of that alternative narrative and reality includes the marking of unconstitutional days such as 9 January as “Day of Republika Srpska”, building grandiose monuments to RS war-time legacy, even at famous massacre places such as at the former concentration camp site in Trnopolje, near Prijedor. Similarly, the Serb Orthodox Church has been very active in marking and ‘serbianising’ the RS territory by erecting church buildings in Muslim villages and neighbourhoods, sometimes even on private Muslim properties as in the infamous case of the church in the front yard of Fata Orlović, a Muslim women, survivor and returnee to her ethnically cleansed village of Konjević Polje, near Srebrenica.

Such activities would have been considered as extremist and unacceptable shortly after the war; today, they have rather become a norm and an integral part of a flourishing culture of triumphalism across a broad spectrum of the society in RS, Serbia, and even internationally. This culture of “genocide triumphalism” goes beyond genocidal denial. In Serbia and the Serb controlled part of Bosnia (RS), the Srebrenica genocide is not merely denied, it is celebrated and its perpetrators glorified, while Bosniak survivors are exposed to humiliating and degrading treatment if they choose to return to their pre-war places now in RS.

Throughout the year, Bosniak returnees to Srebrenica have to endure many direct and indirect forms of humiliation and discrimination. For instance, at the local schools, Bosniak children are not allowed to name their language Bosnian. Turning TVs in their homes, they can watch how genocide and their suffering have become part of what could be called a genocide entertainment industry, promoted through mainstream Serbian media such as the popular Belgrade-based TV Happy. This TV regularly host talk-shows with convicted war criminals like Vojislav Šešelj, making jokes about Srebrenica and the collective burials of Muslim victims on 11 July. Social media and the Internet have been used for sharing home videos of events where ordinary people, sometimes including children, can be seen while they happily dance and sing along songs that mock and glorify the Srebrenica genocide and call for the same scenario to be repeated in other places. 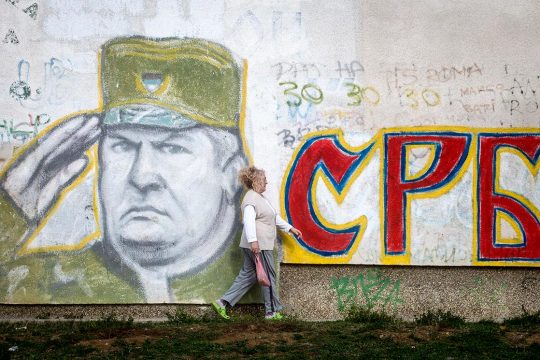 The legacy of Srebrenica and the bitter victories of genocide

And what happened in the Balkans did not stay in the Balkans. The Srebrenica genocide and the associated phenomenon of triumphalism have long gained an international dimension. For instance, Radovan Karadžić and other masterminds of genocide were awarded prestigious accolades in Russia and Greece (See Nick Hawton, “Europe's Most Wanted Man: The Quest for Radovan Karadzic”, Random House, 2010). Russia has been providing financial support to the local Serb nationalist organizations (like NGO “Eastern Alternative”) and financing their campaign of genocide denial and triumphalism in Bosnia. The Srebrenica genocide and other similar crimes committed by the Serb militias against Muslims during the 1990s have been widely adopted as an ideological pillar by the far-right across the world, and have provided inspiration to the two largest massacres by the white supremacists in recent times: in Norway in 2011, and New Zealand in 2019. The 2019 Nobel Prize for Literature, awarded to the Austrian writer Peter Handke – whose work and political activism over the last three decades has been in support to the Serb nationalist cause and denial of the crimes committed by them, including the Srebrenica genocide.

Srebrenica must never be seen as some “local genocide” against Muslims on Europe’s periphery. Similarly, sanctioning genocide denial and triumphalism is not just a matter for the politically paralyzed state of Bosnia and Herzegovina. It must go hand in hand with combating racism and the politics of hatred that have been on the rise globally. In my view, this would the best way to honour the victims of the last European genocide. 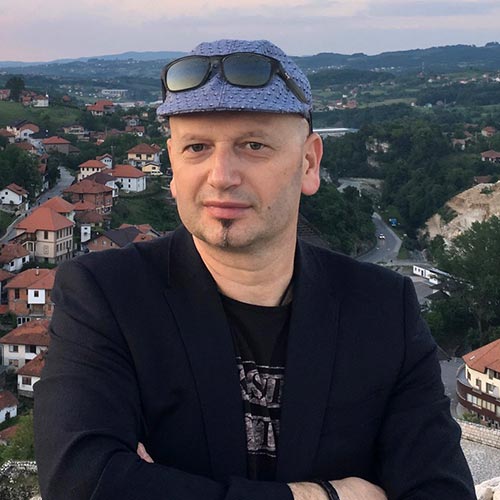