On 11 July 2020 the Australian state government of Victoria announced it will work with Aboriginal communities to establish Australia’s first truth and justice process to formally recognise historic wrongs and address ongoing injustices against its First Nations peoples. The announcement responded to calls by the newly established First Peoples’ Assembly, an elected body representing Victorian traditional owners, created in late 2019 to develop a framework for treaty negotiations between Aboriginal communities and the State Government.

Official commissions of inquiry in the 1990s into issues such as Aboriginal deaths in state custody and assimilation policies that forcibly removed Aboriginal children from their families, now known as the “stolen generation”, have largely failed to materialise in concrete justice outcomes. While the landmark Mabo court decision in 1992 overturned the legal fiction that Australia was terra nullius (empty land) at the time of British colonisation, paving the way for legislative recognition of native title rights over some remaining areas of public land and waters, its limitations have caused new trauma for those who could not meet the stringent eligibility tests.

Buoyed by similar efforts in Canada and New Zealand, as well as the 2007 United Nations Declaration on the Rights of Indigenous Peoples, justice calls have increasingly been framed in terms of truth telling. In May 2017 a landmark Aboriginal constitutional convention produced the Uluru Statement from the Heart, which called for a constitutionally recognised First Nations’ voice to parliament on issues affecting them. It also called for the establishment of a Makarrata Commission, that could oversee both treaty-making and truth telling. The conservative party leading the federal government dismissed the proposal a few months later, although discussions around truth, treaty, justice and reparations continue to move forward in a number of Australian state jurisdictions. The Victorian developments have gained pace since a 2016 policy commitment by the Labour party-led state government to progress self-determination by First Nations peoples, including passing a 2018 treaty advancement law which established the First Peoples’ Assembly.

The Assembly chamber sees truth-telling as an essential first step that could run concurrently with the treaty making process, while operating independently from it. The scope and form of any truth commission remains to be developed in the months ahead. A First Peoples’ Assembly resolution proposed it cover “human rights violations, war crimes or other serious abuses as a result of the colonisation of Australia, to identify the causes and consequences of abuses; revealing and discovering past wrong doing by government or other non-state actors, in the hope of resolving conflict from the past”.  The impact of intergenerational trauma is also a priority, given the over-representation of Aboriginal Australians in the criminal justice system, and high levels of ongoing social and economic disadvantage for many First Nations people. For many communities though, at the heart of everything – and unlike many other colonial occupations – is the lack of acknowledgement that they never ceded sovereignty to the European arrivals – or invaders – in the first place.

As elsewhere around the world in recent weeks, Black Lives Matter protests spilled onto the streets of Melbourne, Sydney and other Australian cities. Unlike past protests, there were increased numbers of non-Aboriginal Australians marching together with First Peoples. Locally they were spurred more by recent video footage of police brutality towards an Aboriginal teenager or by racist taunts directed at high profile Aboriginal sports stars, as with the outrage of George Floyd’s murder in the United States. Public support seems to be growing for a more thorough reimagining of the national identity to one in which the role of its First Peoples is central. According to the biennial 2018 Reconciliation Barometer survey, 80% of Australians believe it is important to ‘undertake formal truth telling processes’.

In its decision to create a truth and justice commission for Victoria, Assembly members referenced recent controversial comments by Australia’s Prime Minister Scott Morrison as evidence of the need for a more inclusive and accurate shared history of Australia’s past and its links to ongoing justice issues. Although he later apologised, Morrison initially denied that slavery took place in Australia. Assembly Co-Chair and Taungurung man Marcus Stewart said that in 2020 such a statement from the nation’s leader means “there’s something fundamentally wrong about our nation’s narrative and our state’s narrative”.

Scope and form of the commission to be defined

The Victorian state government announced that the work of designing a truth and justice process will begin immediately, with a budget and terms of reference to be developed within six months. After more extensive consultations with the communities involved, some key decisions will need to be made about the scope and form of the commission. While some people may envisage a quasi-judicial inquiry, there is also a real opportunity to embed in the design cultural practices and principles from Victoria’s First Peoples’ own traditions around dialogue and mediation, and also through story-telling through art and ceremony, remembering and honouring people and events. The Assembly is already working on developing models of cultural governance and an “Elders’ Voice” with cultural authority to guide the treaty-making process , both of which may have much to offer for truth-telling.

The relationship between the truth and justice process and the other processes already in train will also require careful consideration. While truth commissions in Sierra Leone or Timor Leste and elsewhere needed to co-exist with criminal justice prosecutions for instance, this process is also taking place among a multitude of initiatives. The treaty negotiations in Victoria are not expected to conclude for several years, but there is also a redress scheme for ‘stolen generation’ survivors in development, and a package of justice sector reforms such as an Aboriginal Youth Justice Strategy.  Treaty, truth and reparations processes are also under consideration in other Australian jurisdictions, such as the Northern Territory.

The resources and powers of any Truth Commission will also be crucial, to enable it to produce actionable outcomes that lead to meaningful change, whether through law reform, educational curriculum development, or institutional changes. Other global experiences point to the need to generate civic reflection, to allow the Victorian and broader Australian public to listen and learn the truth of indigenous experiences, past and present.

“We owe it to Aboriginal Victorians to be frank and honest about the injustices they have faced – and continue to face. This will help us to address these injustices and build a stronger Victoria on a foundation of trust”, said Aboriginal Affairs minister Natalie Hutchins. If this is indeed possible in not only Victoria, but also the rest of Australia, it will be a major step forward in the application of transitional justice principles to historic grievances in established democracies everywhere, especially those based on colonial legacies. 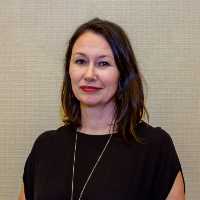 A transitional justice and human rights specialist, Caitlin Reiger is an Australian lawyer who has spent 20 years working on justice policy and processes in crisis-affected environments with governments, UN agencies, civil society and legal communities.  She has held senior roles within hybrid tribunals, the International Centre for Transitional Justice, UNDP and co-founded the Judicial System Monitoring Programme in Timor Leste. Most recently she headed the European Union’s access to justice programme in Myanmar, MyJustice. She has published widely, including Prosecuting Heads of State (CUP, 2009). Her field experience includes Myanmar, Timor-Leste, Sierra Leone, the former Yugoslavia, Cambodia, Colombia, and Mexico.

Copy this HTML into your CMS
Press Ctrl-C to copy
Australia : Related articles
Continued violence of colonisation exposed before Australia’s Yoorrook Commission
War crimes and press freedom battle in Australia
Most read
Did Christopher Columbus commit genocide?
Everything you need to know or argue about a special tribunal on Russia’s crime of aggression
Opinion - Related articles
Colonial racism catches up with Amsterdam Rijksmuseum
In Finland, Sámi rights take central stage in national politics