"If you give yourself a little time to do it, the whole world will be watching.” It is a little after 5.30pm in the Belgian Parliament, Brussels, on October 5, and Valérie Rosoux, PhD in Philosophy and International Relations, is addressing some parliamentarians worried about the magnitude of their task. They form the special commission in charge of shedding light on Belgium's colonial past, whose first public session has just been held. "Clarify with modesty the objectives that you impose on yourself to help foster the emergence of a context that will change things," advises this professor from the University of Louvain-la-Neuve.

Five months ago Belgium decided to set up a commission on the independent state of the Congo (1885-1908) and Belgium's colonial past in the Congo (1908-1960), Rwanda and Burundi (1919-1962). This is the first time that a country has decided to conduct a real inquiry into the role of its institutions in the administration of other countries, and to face the dramatic consequences that this colonial rule has had on their populations.

At this first public session of the commission, the ten experts (historians, political scientists, jurists) who were appointed to "paint the picture", appeared before the commissioners. They were to give them some pointers before they opened up the substance of the colonial question. The experts explain their methodology and answer the commissioners' questions. "Is it realistic to come up with answers? Because the amount of work is enormous," asks one. “This exercise is important but ambitious and delicate. Do we have a chance of success?" another asks. The scale of the work to be accomplished obviously bothers the elected officials, but it is not their only concern. There is also the fact that some diaspora associations have refused to collaborate with the experts, and the still restricted access to some national archives. 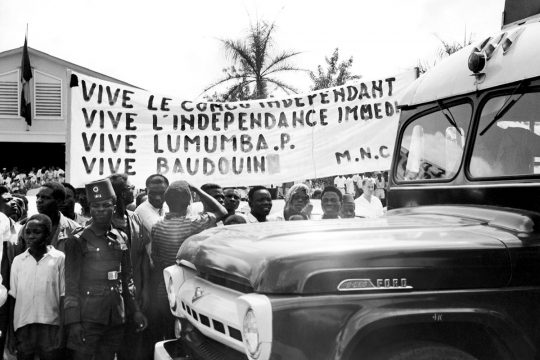 Belgium’s colonial past: ten experts to set the scene

Including Congolese, Burundian and Rwandan researchers

The experts explain that they first went through a phase of "group adjustment", to learn how to communicate among themselves, establish their methodology and ethics, and create sub-groups (points of history, reconciliation processes, exchange with diasporas), then a second phase of consultations, quite demanding and still ongoing, before moving on to the last one: the writing of their first report, due in early December. "Our consultations are a preliminary step. They do not replace the real consultations that the commission will do later. Why did we make this choice? Because there is an under-representation of historians of Congolese, Burundian and Rwandan origin in the group of experts," explains Gillian Mathys, historian at the University of Ghent. "They need to play a more important role, they need to be on an equal footing with their colleagues from the North. We can't accept that they simply have to play the role of local advisors or informants. We are firmly convinced that this would be contrary to the tasks of this commission," she says.

In making this choice, the experts are responding to an initial criticism that was made in early July. Two associations of Rwandans from Belgium, DRB-Rugari and Ibuka, criticized the distinction made in the Africa Museum's preparatory note between scientific experts and opinion experts, pointing to a "tendency to systematically relegate recognized scientific personalities of African origin to the category of opinion experts" and to omit their academic titles. This criticism was taken up, in mid-August, by some 60 historians and scientists from Belgian and Congolese universities, through an opinion piece published in the newspapers Le Soir and De Standaard. "Can we understand the absence [in the group of experts] of Congolese, Rwandan and Burundian historians, many of whom have an international reputation?" they wrote.

The challenge of a participatory process

Expert panel member Martien Schotsmans then proceeded to explain to the commissioners the importance, for their work, of clearly defining what they want as a reconciliation process and what they see as reparation. "If you want the work of this commission to be legitimate and effective, you need a participatory process. The commission must initiate a dialogue within society. Can the search for reconciliation be unilaterally decided by a commission without allowing direct participation? We think it is essential to focus on participation," says the jurist, who has extensive experience with truth and reconciliation commissions in other parts of the world. "Who should participate? Those who are most concerned: members of diaspora organizations, the public sector, people from the three countries, civil society organizations other than those in the diaspora," she says. "Are you going to organize meetings in these countries? Are you going to go there or are you going to stay in Belgium? Will people come to Belgium? If you want to open a debate on the consequences of colonialism today and the links with racism and discrimination, you won't be able to do so if you only organize meetings here. You really need to go outside, you need big social debates, to open the doors to everyone so that there is a real dialogue with society," she urges.

The experts are to associate four associations of the Diaspora to their work: the Platform of Women of the Congolese Diaspora in Belgium, Mamas for Africa, the Colonial Memory Collective and Ibuka, an association of survivors of the Tutsi genocide in Rwanda. The experts invited two others: the Change association, which coordinated the Black Lives Matter event on June 7, 2020 in Brussels, and the Collectif des Burundais sur la colonisation belge.

"One of these associations, Ibuka, has, to our great regret, refused to collaborate with us because of the composition of the group of experts and more precisely because of my presence," says Laure Uwaze, a Brussels lawyer of Rwandan origin, specialist in the Great Lakes region and member of the group of experts. "As an individual, I can tell you that I'm really sorry, because I was looking forward to working with them. The Burundian collective also withdrew after the first meeting for the same reasons. We therefore invite the commission to really hear from those people who refused to collaborate with us. We believe that all voices should be heard," she adds.

In August, Ibuka criticized the presence of this lawyer among the experts, because of her membership in the Jambo association, which is accused by some of denying the genocide in Rwanda. The challenge of reconciliation seems to be reflected already in the preparatory work of the Special Commission.

Copy this HTML into your CMS
Press Ctrl-C to copy
Belgium : Related articles

Universal jurisdiction: what can Belgian justice bring for Guatemalan victims?
Most read