The term philanthrocapitalism first appeared in an article published in The Economist in 2006, and was used to describe social investors who combine business aims with philanthropy, making the latter more effective and profitable. Political transitions have subsequently become an area of particular interest to philanthropists. According to the Peace and Security Funding Index in 2017, $41.2 million of private funds were spent on financing efforts to document crimes and atrocities, holding responsible parties to account, and supporting truth commissions and reparations programs. Among those donations are the Robert Bosch Stiftung with its endowments to regional networks dealing with the past in Turkey, and the Rockefeller Brothers Fund’s award to the Serbian Fond za Humanitarno Pravo for the establishment of facts about war crimes. [Full disclosure: Justice Info has received funding from the Bosch Foundation in 2018 and 2019.] In Uganda, the truth commission repeatedly ran out of money and had to cease operations on several occasions, but it delivered its final report in 1994 after the Ford Foundation pledged almost $100.000 to allow the completion of the commission’s work. The Foundation has a whole program dedicated to truth commissions. It hired several consultants in the early 2000s and, already by 2003, it had assisted 29 transitioning states, including Ghana, Peru, and Bosnia.

The questions that arise here are, first, about the motives for this generous support, and second, about the applicable legal frameworks under which this support is being provided.

Private actors usually see themselves as development partners rather than mere donors. They push for building long-lasting partnerships with state authorities and international organizations (IOs) to bring about peace, justice, and reconciliation to affected societies. These relationships between public (governments and their institutional units, IOs) and private (for-profit commercial enterprises, philanthropic foundations, NGOs) sectors play a central role in allocating funding for transitional justice processes. Thus, it is hard to deny the positive impact and success of such partnerships in helping vulnerable states to comply with their obligations under International Law to investigate, prosecute, repair, and reform discriminatory laws. However, the mounting problem here is the shift of justice regulation from the hands of states into private hands. And so why is there such slim understanding of the legal implications of this particular type of charity given that private actors play such a strong role in many transitional justice initiatives?

In her speech in 2005, the former Prosecutor for the International Criminal Tribunal for the former Yugoslavia Carla del Ponte was already mindful of the fact that transitional justice could or even should represent a particular interest to private actors. She stated that the absence of the rule of law causes instability for investments and suggested that private companies should consider supporting the UN financially to allow companies to “make good business.”

The financial statements of the Extraordinary Chambers in the Courts of Cambodia (ECCC) show that philanthropies, like Open Society Foundations (OSF), regularly donate money to the tribunal. In 2007, the ECCC also received a $100.000 donation from Microsoft Singapore, a subsidiary of the US computer giant Microsoft Corporation. Interestingly, within just several months after the donation, Microsoft opened an office in Phnom Penh, Cambodia’s capital city. Similar activity can be seen in the reports of the Special Court for Sierra Leone. The OSF together with Ford Foundation, MacArthur Foundation, Oak Foundation, and Rockefeller Foundation were supporting the so-called “Special Court Legacy” initiatives that aimed at bolstering the rule of law, strengthening domestic judiciary capacity, and conducting fair trials in Sierra Leone.

Reparations have also been widely supported by private donors. The International Criminal Court Trust Fund for Victims encourages private companies to donate. The Fund profiles itself on the donor market and calls for private contributions that will not only boost its reserve but also show that victims’ support should be a concern for both the public and the private sectors. The 2018 annual report shows that the Fund got around €110.000 from private entities.

Despite the undeniable positives that arise from such support, there are many ways in which the acceptance of private donations might compromise the independence, neutrality, and integrity of a tribunal, truth commission, or reparation fund. Private donations may be used as a tool to manipulate a vulnerable state and impose donors’ ideologies and development strategies that are not aligned with the transitional plan of an affected society. Therefore, the gap in international legal regulations of private assistance needs to be addressed to establish a more transparent way of the private sector engagement without suspicions about private gains and political benefits.

One might argue that with the adoption of legal regulations for private donations and privatization of public functions in the context of transitional justice, private actors will be reluctant to donate or provide assistance, and that the existence of some mechanisms would therefore no longer be possible. A counter argument is that a recipient state cannot complain about the assistance it gets, because who bites the hand that feeds? I argue that in reality states and IOs might not be the only regulators of transitional justice initiatives and that it might be worth inquiring if the multiplicity of actors involved compromise transitional justice and its effectiveness.

Transitional justice collaborations between states and/or IOs and private actors are usually described as donation agreements, but rather they are often sophisticated aid programs developed by a donating entity and recipient. Although not always directly involved in the delivery of justice, private actors are heavily engaged in the implementation of public functions such as designing reparation programs, providing experts to criminal tribunals or even conducting private investigations of atrocity crimes. The risks associated with arbitrariness of private actors might also lead to the failure of upholding the victim-centered approach as well as the ‘do no harm’ principle.

The law as it exists and what the law should be

The fragmentation of financed transitional justice initiatives is another problem that arises from the impossibility to control the philanthropic inflow. Transitions rarely happen spontaneously; to initiate this complex process, states and IOs design strategies on how to proceed with various mechanisms. The challenge here is how to fit the private sector grants into plans and strategies which allocate money for specific purposes. International legal frameworks are needed to ensure that private contributions are aligned to national strategies and will sustain over time.

Transitional justice was built on the foundations of International Law because it deals with extremely sensitive processes such as criminal prosecutions and reparations and therefore, one may assume, all actors, being private or public, should follow the guidelines for administrating these processes established on the international level. However, the current International Law does not set reasonable standards for private entities that are anyhow involved in public services, like the attribution of responsibility. Being able to better the lives of people, private entities are also capable of doing harm. The lack of clear rules regarding how a private entity can be involved in transitions might mean that the assistance is in line with their goals and therefore, may jeopardize a transition itself. Currently, private actors mostly engage in transitional justice through a host state or partner IO. In cases of violations or legal claims against the actions of these public-private partnerships, only a state or IO will act on behalf of the partnerships.

So what should and could be changed to address this responsibility gap? The Development Assistance Committee (DAC) of the Organisation for Economic Cooperation and Development (OCDE) sets some important standards for monitoring foreign aid through periodic peer reviews. The DAC has no working group on transitional justice assistance, as well as accepted standards of granting and accepting donations in this sector. Despite this, the DAC model provides a good framework for establishing more robust rules for private donors’ behavior. Since obliging private entities to act in conformity with International Law is not an easy task, the recipient states could strengthen their domestic laws and internal financial reporting to better regulate money inflows for democratization processes. An independent periodic evaluation body under the auspices of the OECD could help the efforts directed to improving the performance of private donors in their transitional justice assistance programs. More regular system-wide evaluations would enable a private entity to increase self-accountability as well as to strengthen responsibility across the whole system of private transitional justice aid flows.

As seen, International Law is not designed to hold private donors to account. Tracking relief funds can be challenging, and this is aggravated by the impossibility to access and assess donors’ decision making. Ideally, an independent body would also provide critical analysis of needs concerning political transitions and review how private donors meet these needs. Importantly, victims and affected societies need to be part of the body. International regulations and monitoring mechanisms for private donors behavior is necessary because, without effective methods for bringing donors to account for their actions, it would be challenging to point out areas where their performance could be improved in the interest of affected societies. The rise of corporate accountability for human rights violations is a positive step in tackling the responsibility gap of private actors. Further analysis of these issues would help to identify how International Law can better secure transitional justice processes from the unwilling interference of private actors and how the latter can assist the pursuit of justice by lawful means. 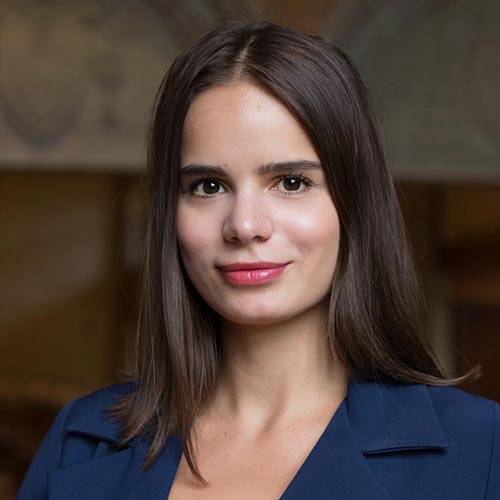 Julia Emtseva is a Research Fellow at the Max Planck Institute for Comparative Public Law and International Law.

Copy this HTML into your CMS
Press Ctrl-C to copy
International : Related articles
Trying Russian leaders in absentia: What would be the pros and cons?
David Van Reybrouck: "The fight for decolonization can’t be detached from the fight against global warming"
Most read
Did Christopher Columbus commit genocide?
Everything you need to know or argue about a special tribunal on Russia’s crime of aggression
Oxford partnership - Related articles
Justice for Cultural Harms? Lessons from Canada
The missing truth in Cyprus