An uneasy calm before the storm has been felt in Kosovo ever since late September. After the Kosovo Specialist Chambers (KSC), a hybrid Hague-based court, made its first arrest on September 24th, the question on everyone’s mind has been – when will it be president Hashim Thaci’s turn?

On April 24th of this year, the Prosecutor of the KSC filed a ten-count indictment against Kosovo’s president Thaci and nine others. This set in motion a 6-month confirmation process by a pre-trial judge. The deadline for the decision was on October 24. And the KSC has remained silent.

Yet the Chamber’s procedures have been gravely disrupted by a series of damning document leaks. On September 7, the veteran organization of the Kosovo Liberation Army (KLA) – a guerilla force that was the main ethnic Albanian armed force during the 1999 conflict in Kosovo and whose alleged abuses towards civilians are the subject of the KSC’s mandate – announced that they had received a package of documents containing the names of protected witnesses. They alleged the package was delivered to them anonymously and contained a letter promising leaks in the future. In the following two weeks, the veterans organization announced having received two more sets of documents. In total, they claim to have received 4,000 files.

“The leak of these documents, whether authentic or not, has caused a big problem for the work of the Specialist Chambers and Prosecution,” says Bekim Blakaj, the head of the Humanitarian Law Center Kosovo (HLCK), a human rights NGO. “Primarily, it will lead to an irreparable erosion of trust on the side of witnesses.”

A history of severe witness intimidation

The KSC was established in 2015 following an exchange of letters between the President of Kosovo at the time, Atifete Jahjaga, and the European Union (EU) high representative. They are the result of a 2011 report by Council of Europe representative Dick Marty which detailed crimes committed against civilians by the KLA in 1998-2000, including the widely-publicized accusation of organ trafficking. [Full disclosure: Dick Marty is a member of the Board of Fondation Hirondelle, the Swiss NGO that owns Justice Info news website.] The KSC is an extra-territorial national Kosovo court, run by international staff and financed by the European Union. The reason for this peculiar arrangement was precisely to ensure the highest level of discretion when dealing with protected witnesses. In the past, key witnesses in trials involving KLA leaders at the International Criminal Tribunal for the former Yugoslavia (ICTY) and the EU Rule of Law Mission in Kosovo (EULEX) have altered their statements, refused to testify, or even been murdered or committed suicide as a result of supposed pressure from suspects and indictees.

“Witnesses were always the weakest chain in processes against members of the KLA, both at the time of the ICTY as well as now,” continues Blakaj. “Possible indictees or other interested parties know that frightening witnesses is an effective strategy, and they continue to apply it.”

Our investigation shows that most of the documents leaked involve correspondences between the Special Investigative Task Force (SITF), a precursor to the Specialist Chambers meant to confirm the veracity of the Marty report, and the war crimes prosecutor’s office in Serbia, going back to 2014. While these documents predate the official establishment of the KSC, they contain the names, locations – and in some cases, precise addresses and phone numbers – of countless witnesses from Kosovo, Serbia and Albania. Many of the initial investigations done by the SITF were passed onto the KSC, as well as the names of witnesses.

The documents request the assistance of the local prosecution in initiating summons procedures for witnesses to be interviewed. While the content of the witness statements has apparently not circulated, there are references to their statements being required to confirm the kidnapping, torture and killings of civilians by the KLA in several parts of Kosovo 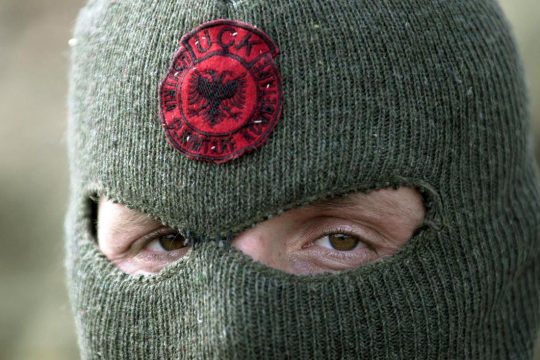 Can the Kosovo Specialist Chambers do better than its predecessors?

“Until the recent leak of documents, I was in awe with the ability of the [Specialist] chambers to maintain an extraordinary high level of discretion in their work in the five years since their inception. They seemed to have truly learned the lessons of the ICTY and those from local courts. Until this moment, not a single piece of sensitive information about the court’s activities ever made it to the public,” explains Blakaj. “In addition to the goal of frightening witnesses, the publication of these documents served the purpose of discrediting the court. The veterans said: the court claims it can protect its witnesses, yet we were able to get access to their names. Therefore, according to them, the court is a sham,” says Blakaj.

Kosovo outlets have largely refused to publish the content of the documents – according to Kosovo laws, they could be tried for interfering with the work of the judiciary. Yet one of Albania’s biggest news channel, Top Channel, has run several programs detailing the content of the leaks. Albanian news outlets are widely read in Kosovo and are likely to be less liable than Kosovo ones for their decision to do so. They published an internal working document compiled by the prosecution and dated from December 2019, marked confidential, which lays out their strategy in assembling evidence against sitting Kosovo president Hashim Thaci, former MP Azem Syla, former speakers of parliament Jakup Krasniqi and Kadri Veseli, and MP Rexhep Selimi.

In it, the prosecution indicates that the focus of their investigation was on KLA detention sites where guerilla members illegally detained, questioned, tortured and perhaps even killed civilians. It says that while there was little evidence on the direct participation of the potential accused, they would rely on “a common purpose theory of liability,” better known by international justice observers as “joint criminal enterprise.”

The leaks sent shockwaves through the KSC. It appeared to potentially threaten the very capacity of the EU-sponsored court to function. The court’s reaction was swift. On September 24, it announced the arrest and immediate transfer to The Hague of Salih Mustafa, a former KLA commander accused of war crimes committed in 1999 during the conflict with Serbia. The next day, it was the turn of Hysni Gucati and Nasim Haradinaj, the head and deputy head of the KLA veterans’ organization, to be arrested. They are now being detained in the Hague for their role in disseminating the leaks, and their offices have been raided by EU police forces in Kosovo.

For Serbeze Haxhiaj, a Kosovo journalist who has covered the topic of impunity for KLA crimes for years and interviewed witnesses who have faced threats, the leaks make it even more difficult for fair reporting on the Specialist Chambers to be accepted in the country. “For decades, the discourse pertaining to the war in Kosovo has solely been to glorify the role of the KLA. Reporting on its dark sides continues to be a threat for journalists, and has been considered akin to betraying your country and almost a complete taboo in local outlets,” she explains.

Haxhiaj acknowledges that the fact that certain Serbian commanders allegedly responsible for crimes in Kosovo walk free – such as Ljubisa Dikovic, a former commander in the Yugoslav armed forces during the peak of the conflict in Kosovo – has created a feeling among the ethnic Albanian population in Kosovo that the Serbian side is not being treated as harshly as the KLA. “Terrible things happened to ethnic Albanians in Kosovo that still have no legal epilogue. This has led to everything being seen from the ethnic perspective by the population, including the Specialist Chambers, whose mandate is so exclusively focused on the KLA.”

The calm before the storm

While this is standard in any investigative process, the leaked documents allowed Kosovo’s veteran organization to show that international prosecutors had sought out the help of “the Serbian side” to “incriminate Albanians”, including Adem Jashari, one of the founders of the KLA.

Jashari is widely considered to be a national hero with many buildings, including the airport in the capital Pristina, being named after him. His entire 46-member extended family, including women and young children, were wiped out when Serbian forces surrounded their compound in Prekaz in 1998 in retaliation to Jashari’s activities with the KLA. For the average Kosovar, seeking evidence against Jashari is unforgiveable – many volunteers joined the KLA in response to the brutality of the Jashari family massacre.

Apart from the ability of the prosecution to ensure that witnesses are still willing to participate in future trials, another consequence of the leaks may be that president Thaci and other key KLA figures could count on public dissent, perhaps even protests, if and when they are summoned or arrested by the KSC.