Established by the Human Rights Council in its resolution of 26 June 2014, the Working Group on business and human rights which met in Geneva at the end of October has an ambitious mandate: “elaborate an international legally binding instrument to regulate, in international human rights law, the activities of transnational corporations and other business enterprises with respect to human rights.” This UN open-ended intergovernmental working group on transnational corporations and other business enterprises (OEIWG) held its Sixth negotiating session on the UN draft treaty on business and human rights in the last week of October. This is third and “last” version since the beginning of the negotiation process.

Business and human rights issues have become a global priority. In a globalized world where 80% of international trade can reportedly be linked to the production networks of multinational enterprises, the need for an efficient binding international instrument to regulate the activities of corporate actors is not only evident, it is essential. Multinationals have an extraordinary power over their business partners. A minority of them have developed business models around their commitments to sustainability goals. In the context of their commercial activities, they sometimes request their partners to adopt consistent approaches and practices. The majority, however, focuses exclusively on profits, financial development, economic growth, etc. Their only accountability is to their shareholders, with little or no concern for the damaging consequences of their activities on humanity’s common interest or the future of the planet.

From an international law perspective, there is no reason for multinational enterprises to be concerned. The only existing international instruments providing for a concrete legal framework for business and human rights are not coercive. They include the Ten Principles of the United Nations Global Compact, themselves derived from other non-coercive legal mechanisms; the 31 United Nations Guiding Principles on Business and Human Rights; the Guidelines of the Organisation for Economic Cooperation and Development (OECD) for responsible business conduct of multinational enterprises; and many other non-binding codes of conduct sometimes developed internally. All these instruments were steps forward to prevent business-related human rights abuses. They have not achieved tangible results, however. Today perhaps more than ever, multinationals contribute to “climate change, catastrophic environmental destruction, and the concentration of global wealth and power in the grasping hands of a tiny few” as Claire Methven O’Brien recently recalled in one of her excellent contributions to this debate.

Multinationals decide whether or not to contribute to a better society

This is not surprising: the existing international framework allows for a growing asymmetry between the rights conceded to corporations and the constraints imposed upon them to protect local communities and/or future generations. For example, multinationals are given a seat at the table for the negotiation of certain international instruments, such as this draft treaty on business and human rights. In certain cases, they may even use international proceedings to defend their interests, as provided for in agreements such as the Convention on the Settlement of Investment Disputes. And yet, no real constraint counterbalances these privileges. Under the existing international frameworks, multinational enterprises may or may not decide, on their own initiative, whether to contribute to a better society and a cleaner environment. Some, like Texaco-Chevron or Monsanto, have chosen to ignore the human and environmental damages caused by their activities. Others, like Danone or Patagonia, shift their business strategies to develop business models around sustainability objectives. It goes without saying that any new international instrument must obviously encourage the latter type of governance and severely sanction the former.

The approach adopted by the vast majority of multinationals falls between these two extremes. Most would agree to apply principles of corporate conduct compatible with the protection of human rights or the environment, whenever practicable. The issue is with what is practicable, particularly when the exact nature or scope of the corresponding rights and obligations remains unclear. For example, many international, regional or national legal instruments deal with human rights or environmental standards. Among these instruments, which ones create direct obligations upon multinationals? Should these obligations extend to all business partners, including suppliers, sub-contractors or any entity with which the company has a business activity regardless of its level of control? What about the nature of these obligations: is it up to multinationals to take all necessary measures to ensure compliance up, down and beyond the supply chain?  Would preventive measures such as conducting due diligence audits be sufficient?  These are some of the challenging issues these negotiations have had to address for the past six years and which were discussed again between States and civil society representatives with competing if not conflicting interests.

The first three years of deliberations were dedicated to agreeing on a common approach: its nature, form, content, scope and the elements it should include. A first draft identified as “Zero draft” was submitted in 2018 for discussions during the Fourth Session. Although insufficient, the Zero Draft marked a significant milestone in the global effort to create a treaty aiming at reducing corporate impunity. A “Revised Draft” was then prepared to serve as a negotiation basis for the OEIWG Fifth Session in October 2019. It included important changes such as an expansion of the scope from “business activities of transnational character” to “all business activities including particularly but not limited to those of a transnational character” and from “all international human rights and those rights recognized under domestic law” to “all human rights” without further precision. Far from meeting with unanimous approval, these new wordings raised conflicting reactions. 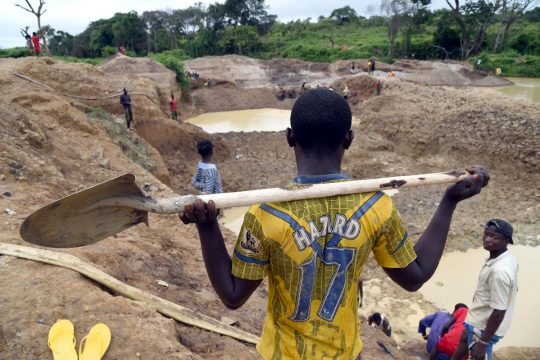 Is criminal responsibility of companies the next focus for international justice?

Nothing guarantees the result of these negotiations

With this year’s “Second Revised Draft”, the structure has remained the same. The drafters changed some of the wording, as an attempt to clarify the terms of certain provisions. On that basis, the Sixth session of the negotiations started on 26 October with the participation of more than 30 member states on the first day, despite the COVID-related restrictions. A large number of civil society organisations, trade unions and other stakeholders reportedly joined the discussions virtually, evidence of the interest raised by these technical negotiations. However, certain participants such as China, the United Kingdom or the European Union, continue to reject the text as an inappropriate negotiation basis. No agreement could be reached. The wording of several provisions was considered by some to be too vague to satisfy the principles of legal certainty or security. Others argued that too detailed a definition of human and environmental rights and obligations would be detrimental to economic development. Clear divisions persist on almost all provisions of the draft treaty, in particular its scope of application, victims' rights, due diligence obligations, corporate criminal liability, the intrinsic extraterritoriality of certain provisions or its preeminence over domestic law in these key areas. The summary reports published by the European Coalition for Corporate Justice describe these disagreements between the different States. Interestingly, China, Brazil and Russia seem to have adopted certain common positions and many States expressed concerns about the draft treaty's compliance with the principles of sovereignty, legality and predictability.

It is still too early to tell what the outcome of this year's negotiations will be, especially with the severe impact of the pandemic. What is already clear at this stage is that it will take a great deal of time and work to overcome the existing divisions and to find compromises that would lead to a possible third draft treaty. In other words, there is no guarantee that these negotiations will lead to a concrete result in the near future. Given the social, environmental and now health issues at stake, the finalisation of an effective instrument for the regulation of the activities of multinationals is an absolute priority. The political and diplomatic context appears particularly unfavourable to such an initiative. Its fragile future will depend to a large extent on the priorities of certain States or groups of States such as China, the European Union or the United States.

The European Union, in particular, could be a pioneer with its future Mandatory Human Rights and Environmental Due Diligence Directive bearing in mind that this year again, it did not have a mandate for these negotiations. Many national legislations are being drafted and several sectoral standards are already implemented in some EU countries, as well as in Switzerland and in the United Kingdom. In parallel, interesting alternative avenues continue to be explored in academic circles, such as the idea of a framework convention centered on the United Nations Guiding Principles, which Claire Methven O'Brien suggests should be considered as "a living instrument". Such creativity can only be encouraged.