JUSTICEINFO.NET: Are there any signs that the Biden administration plans to revive the war crimes office with a new ambassador with the kind of mandate and powers that it used to have before President Trump?

BETH VAN SCHAACK: I think there is a hope that the incoming Biden-Harris will re-invest in that office. A recent article in Foreign Policy magazine showed what has been happening across the State Department and other agencies under the Trump administration: people with real expertise either departing or being marginalized, bringing in loyalists who are not qualified for the job, pushing a very narrow agenda around issues that Secretary of State Mike Pompeo cares about at the expense of others, and losing the more broad-based approach to human rights and international justice.

When the Trump administration came into office, the person who had replaced former War Crimes Ambassador Stephen Rapp—Todd Buchwald—was able to stay for some time. Once he was essentially asked to leave, the Office remained empty or  headed by acting personnel for almost two years, perhaps because John Bolton was the National Security Adviser and, as you know, has a congenital antipathy towards the International Criminal Court (ICC). At the end of last year, Morse Tan was confirmed as ambassador. He is a real expert on North Korea, and has taught international criminal law, so he was a good choice for the Office to a certain degree. Unfortunately, what we’ve learned from the Foreign Policy article is that he has apparently brought in a number of individuals who don’t necessarily have the broad expertise that is needed for that Office. There are still people throughout the government at the working level who care deeply about these issues, but it’s really hard to make real progress without support from the leadership. With the inauguration, Ambassador Tan should tender his resignation, because he was a political appointee. I am hopeful the Department will install an acting director at a pretty high level of seniority to reassert the priorities of that Office, revisit its hiring practices, rebuild relationships with international justice institutions, and make atrocity prevention and response a priority again.

I think what ultimately happened is the anti-ICC movement within the Trump administration, which started with Bolton but which Pompeo adopted as his own, eclipsed all the other good that this Office might have been able to do.

After David Scheffer was appointed as the first War Crimes Ambassador in 1997, the three following US war crimes ambassadors came from international tribunals. Is this the right profile for a new ambassador and is it the one you would recommend to keep?

It’s important that whoever is in that role really understands the ecosystem of international justice, and that includes international tribunals. But, as you know, there are fewer of these now; many of them are in their twilight period. The work has shifted to a certain degree to the domestic level, which involves promoting the principle of complementarity, helping national systems to launch these cases themselves, and strengthening their national legal frameworks. Also, the imperative of atrocity prevention has revealed the need to move the work more upstream when it comes to addressing underlying risk factors and trigger events. So that’s a slightly different profile now, requiring deep knowledge of transitional justice as well as atrocities and conflict prevention.

The question is whether they revoke the executive order [on sanctions against ICC officials] immediately. There are going to be so many policies that will need to be reversed in the first couple of weeks and the revocation of the executive order should be among them."

Are there any signs the Biden administration would wish to lift the US sanctions against ICC officials quickly?

They have not spoken about it, but that’s certainly the advice they are receiving from a number of different sources. The question is whether they revoke the executive order [on sanctions against ICC officials] immediately – which I hope they do in part because I don’t think the Biden administration wants to own this policy or defend it in ongoing litigation. There are going to be so many policies that will need to be reversed in the first couple of weeks and the revocation of the executive order should be among them. Then everybody can take a breather and decide how the US wants to approach the ICC, given that in so many other situations it’s absolutely aligned with the work of the ICC and that it’s just the work in Afghanistan and Palestine that raise issues of concern. The U.S. government can manage those issues without alienating the entire institution, and U.S. allies that are supportive of the Court, in the way the Trump administration did with that executive order.

And what position is the incoming administration likely to take on the most sensitive cases of Afghanistan and Palestine?

The argument I have made is whatever it is, it has to be a principled stance carried out within the rule of law. We should argue our case on the merits rather than rely upon ad hominem attacks against civil servants who are trying to do their jobs. The United States can appear before the Court or advance its arguments in other ways. What Israel did was to set out its position in a very well-reasoned white paper, which the ICC prosecutor immediately filed with the Court. So, its arguments came before the Court without requiring Israel to necessarily appear officially. There are ways in which the US can advance whatever position it has in, for example, the Afghanistan situation without undermining the institution or acting as a scofflaw. On Palestine, it’s different: the key would be to support Israel as a key ally, but Israel will ultimately have to make the arguments it wants to make. In some respects, those arguments are similar to the United States’ – for example concerns over the Court’s jurisdiction over the nationals of non-party states – and in others they are quite different.

There are recommendations to the effect that it’s not too late to go back and revisit the abuses of the Bush administration in the immediate post 9/11 period – which seems to be the most acute period for the ICC prosecutor when it comes to U.S. personnel. I do wonder how realistic it is to re-open this at the prosecutorial level. But other things can be done, like offering greater transparency on what transpired and why the Department of Justice declined to move forward on any prosecutions, even with respect to some of the most serious abuses where people went beyond legal authorizations.. We can also think about other transitional justice tools – commissions of inquiry, promises of non-repetition such as strengthening the Detainee Treatment Act, even thinking about reparations and apologies for people wrongly detained, etc.

Would the recent pardons of individuals convicted of committing war crimes by President Trump be something the new ambassador may talk about or address?

Technically this doesn’t fall into the ambit of the Global Criminal Justice Office, which is externally focused, but there is no question that these pardons will come up in conversations around international justice issues because the United States has always made the argument that we have a robust system of military and criminal justice and if charges are not forthcoming, there are valid reasons for this and it is not because we are trying to shield anyone from justice or impose impunity. When President Trump reverses those convictions and pardons those individuals, even against the advice of the Pentagon, it’s troublesome and it undercuts the argument that other legal systems should trust our system to get it right.

I want the United States to reassert global leadership around human rights and international justice but to do so in a way that recognises that the last four years have completely undercut US credibility in this area."

How could the US repair the severe damage done to its credibility as a legitimate leading actor on international criminal justice?

It’s true that the Trump administration has undermined multilateral institutions, alienated allies, and embraced autocrats. There is no question there is a lot that needs to be repaired. I think the United States must do this from a position of humility. We have experienced four traumatic years with an autocratic president and in that regard, we have experienced something that many other states have lived through in the past. We now know what it’s like to see our democratic institutions under threat, and I hope it makes us a more credible partner as we emerge from the Trump administration and can say: listen, now we understand how difficult these periods are, we have to address what happened and make sure it doesn’t happen again and in that regard consider us an ally in the efforts of other states undergoing similar transitions. I want the United States to reassert global leadership around human rights and international justice but to do so in a way that recognises that the last four years have completely undercut US credibility in this area. So, we have to double down in supporting international human rights and international justice institutions in order to rejoin the international community that is dedicated to these issues. 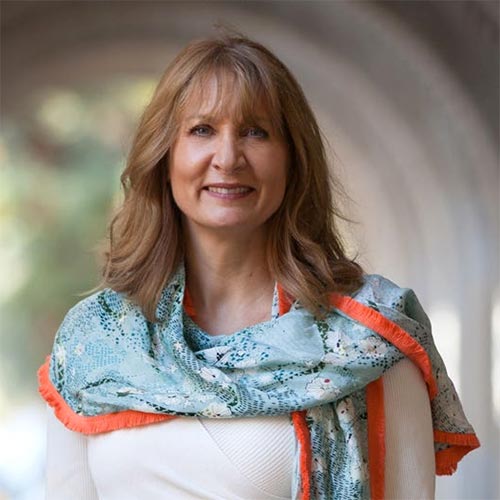 Beth van Schaack is the Leah Kaplan Visiting Professor in Human Rights at Stanford’s Law School and a faculty affiliate with Stanford’s Center for Human Rights & International Justice. She has been a member of the U.S. Department of State’s Advisory Council on International Law and served on the United States inter-agency delegation to the International Criminal Court Review Conference in 2010. She also worked at the Office of the Prosecutor of the International Criminal Tribunal for the Former Yugoslavia. Her latest book, Imagining Justice for Syria describes and analyses the whole range of proposals that have been explored by justice entrepreneurs on accountability in Syria.

Thierry Cruvellier
All reports from this author
Thierry Cruvellier is Editor-in-Chief of Justiceinfo.net. For more than 20 years, he has been covering international and transitional justice for more than twenty years. He is an Op-ed contributor to The New York Times and the author of three books on Rwanda, Cambodia and Sierra Leone. He has been a visiting professor at the University of Wisconsin-Madison, USA.